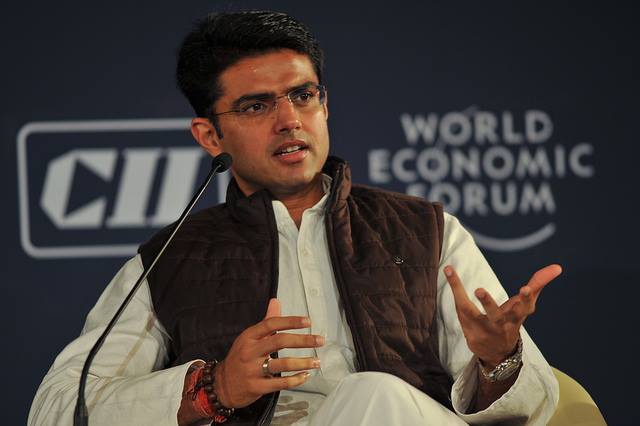 Kota: Criticising his government over the deaths of 107 children in Kota’s state-run JK Lon Hospital, Rajasthan deputy chief minister Sachin Pilot on Saturday said their response to the infant deaths could have been more sensitive.

He said it was not a small incident and also stressed that accountability for the entire episode should be fixed.

“As many as 107 children have died in the hospital. This is very painful. Our response to the entire matter was not satisfactory to some extent. The response could have been more sensitive and we should have been more compassionate,” the deputy chief minister told reporters.

Pilot, who is also Congress’ state party chief, had earlier visited some of the families who lost their children and also went to the hospital.

“The underprivileged people are dependent on these hospitals. They have lost their children and do not accept the argument about how many deaths occurred earlier and how many have died now,” the deputy chief minister said.

“We have to fix accountability. After 13 months of being in government, it may not serve any purpose to keep pointing towards the previous government. That government was voted out and we were voted in. We have to face responsibility and consequences. People expect us to deliver,” he said.

When asked how the Congress high command was looking at the matter, Pilot said Congress president Sonia Gandhi was very concerned about it.

When asked about chief minister Ashok Gehlot’s statement on Friday that the number of deaths of children has reduced in Congress rule, Pilot said, “Whatever I am saying, I am saying with full responsibility.”

On Friday, Gehlot had claimed in Jodhpur that deaths of infants happened even during the BJP’s tenure but their number had reduced under the Congress rule.

State health minister Raghu Sharma also visited the hospital in Kota on Friday and blamed the BJP for politicising the matter.

Meanwhile, Lok Sabha Speaker Om Birla also met some families of the victims and expressed grief over the deaths. Birla consoled the grieving family members by paying a visit to their homes.

Over Five Lakh Affected by Floods in Uttar Pradesh

Ground Report: Infant Deaths at Kota’s J.K. Lon Hospital Were a Matter of When, Not If