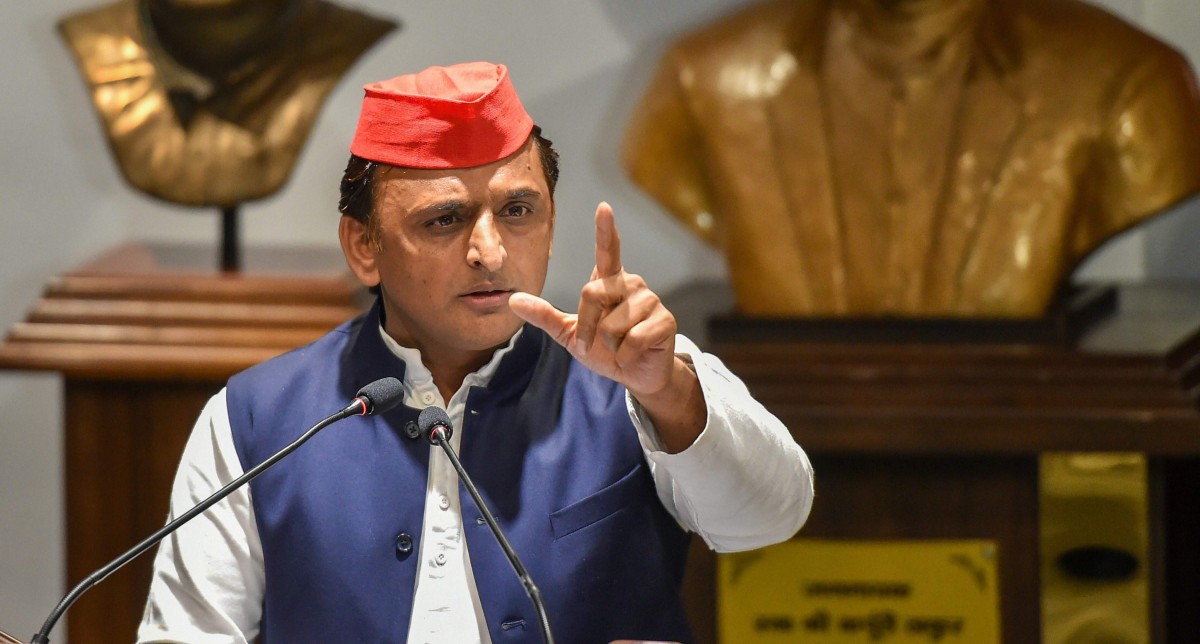 New Delhi: It’s the season for political “insults” as eager candidates for the upcoming parliamentary elections try to outdo each other with “unparliamentary” comments.

For instance, in January, a BJP MLA in Uttar Pradesh called Mayawati a “blot on womankind” and “worse than a transgender” while talking about the SP-BSP alliance.

While sexist and casteist comments often lead to outrage and political sparring, hardly anyone seems upset when mental illness is used as an “insult”.

I wonder which principles are being spoken of. The BJP seems to be schizophrenic. On the one hand they try to coopt Gandhi Ji, Bhagat Singh, Sardar Patel, Dr Ambedkar and Dr Lohia and on the other hand they follow people who these leaders opposed and disagreed with. https://t.co/I6Pw12OqeV

Even when it’s not election season, mental health is used as a political “insult.”

In Karnataka last year, BJP MP Shobha Karandlaje and home minister R. Ramalinga Reddy sparred, each suggesting that the other should go to NIMHANS, a prominent government institute for mental health.

Last April, Tripura’s chief minister said his West Bengal counterpart Mamata Banerjee should “get her brain examined at a hospital.” A few months later, she was mocked on similar lines again.

In a different but related vein, Prime Minister Modi recently poked fun at people with dyslexia at a public event. It was a veiled reference to Rahul Gandhi’s intellect. He inquired whether a particular teaching programme for dyslexic people will “work for a 40 to 50-year-old child too?”

The Indian Psychiatry Society (IPS) has now decided to take up the issue. They have written to the Election Commission, asking the body to “caution” politicians against doing this. The IPS was set up in 1947 and has more than 7,000 members. They work to promote the improvement of mental health in India.

While not naming any politicians or parties, their letter says that these kinds of comments are coming from politicians and people with political affiliations who have a “huge responsibility to conduct themselves as leaders of people.”

They also informed the EC that India is a signatory to the United Nations Convention on Rights of Persons with Disabilities and the Indian parliament has passed the Mental Health Care Act 2017.

“If they trivialise and make light of the challenge of mental health, then the immense societal stigma around mental illness magnifies. Words have power, and especially during elections, our politicians must use their words wisely,” said Shaheeda Tavawalla-Kirtane, a health researcher in Mumbai.

“You don’t hear someone say that a person is ‘cancerous,’ right? Likewise, schizophrenia, depression, post-traumatic stress disorder, obsessive-compulsive disorder, anxiety and more, are very real health conditions that should be discussed with consideration,” said Ruchita Chandrashekar, a trauma therapist from Mumbai.

Also read: How Would Mental Health Insurance in India Work?

Kirtane also encouraged politicians to take the high road and apologise: “No one becomes small by apologising, so if someone does make an error in judgment, it is important to acknowledge and rectify their mistake.”

Legalities around these “insults”

Some of these comments are crass and unparliamentary. Moreover, they may also be prohibited by the landmark Mental Healthcare Act which came into effect in 2017.

Section 3 of the Act says that a person’s mental illness should be determined only by national or international medical standards: “No person or authority shall classify a person as a person with mental illness, except for purposes directly relating to the treatment of the mental illness or in other matters as covered under this Act or any other law for the time being in force.”

This means that politicians’ flippantly “diagnosing” each other with mental health conditions and publicising it is a disregard for at least the spirit of the law.