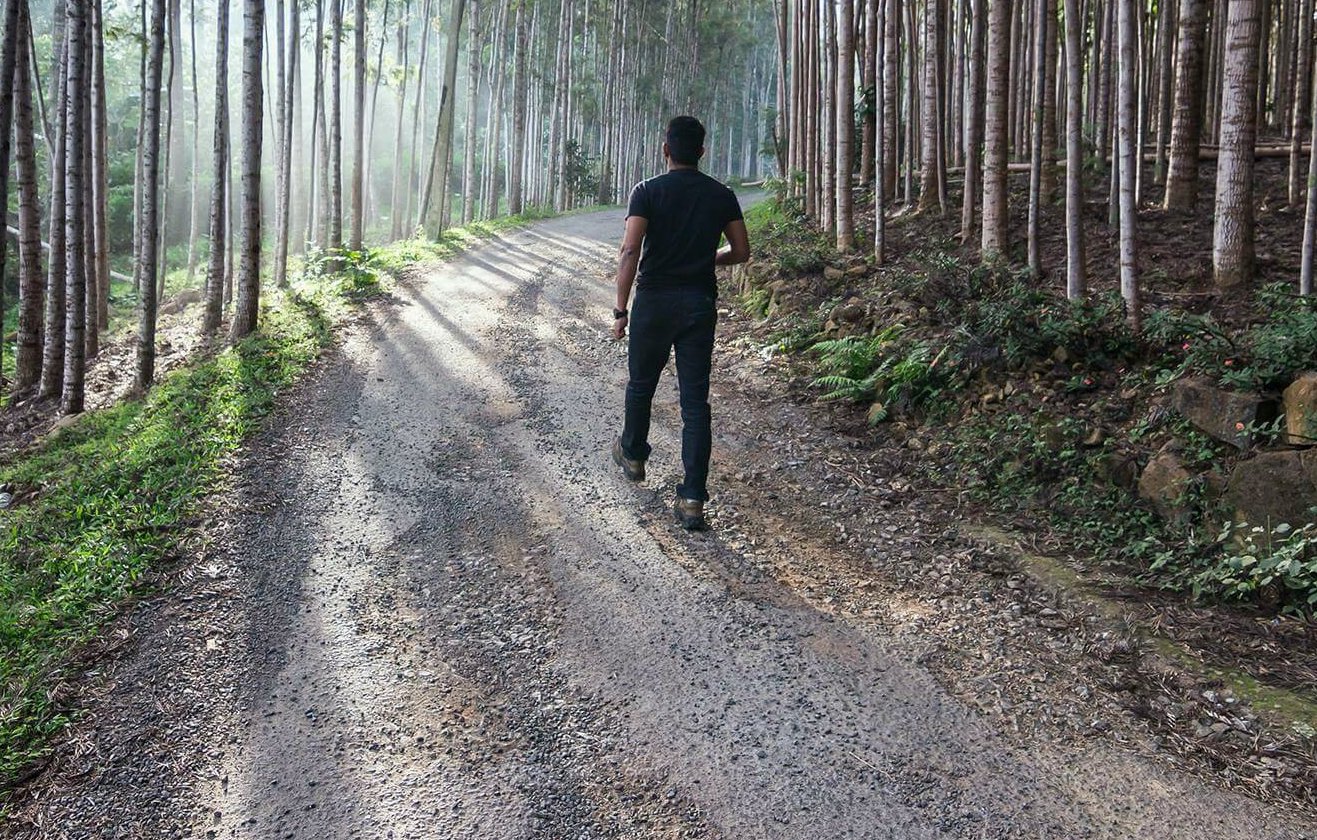 Kochi: On November 20, a tigress attacked forest guard Swati Dumane as she collected data for India’s tiger census and estimation exercise in the Tadoba Andhari Tiger Reserve, in eastern Maharashtra. The state government was quick to announce ex gratia of Rs 15 lakh to Dumane’s family.

The amount is substantial – yet it also belies the conditions in which frontline forest personnel like Dumane work, and the government’s failure to improve them.

It’s a tough life for forest staff who work on the frontlines. Forest watchers – both temporary and permanent – and guards and beat officers patrol protected areas and territorial forests every day, and implement anti-poaching and other protective activities.

They also sometimes collect field data for research. Dumane, a mother of one, was engaged in similar work when she lost her life.

Doing this work typically means staying in anti-poaching camps – usually rudimentary sheds – in remote areas, after being able to get there only by foot, over rough terrain. The nearest medical support is often miles away.

A three-year-survey by the Mumbai-based Wildlife Conservation Trust (WCT) in 14 tiger reserves in five states found that the median distance forest guards have to travel to seek definitive care 1 for major health emergencies, including attacks by poacher attacks, was 30 km. A third of the 1,200 forest guards they interviewed reported that they had no access to local medical facilities whatsoever within 5 km.

Sometimes, even storage facilities are lacking, and rats and other pests can get to their food supplies, Anish Andheria, president of the WCT, which helps train frontline forest workers and funds their equipment across 15 states. And apart from the physical demands that these jobs extract, psychological health is a worry too, he said.

“Demotivation is a big challenge,” he said. “Many feel they are not compensated properly.” Frontline forest staff also contend with “non-communicable diseases because of the tough lives they live. [And] chronic health conditions coupled with poor facilities also leads to a demoralised workforce.”

“As women, we also face mental harassment,” said a woman forest guard in Rajasthan who didn’t wish to be named because her comments could get her into trouble at her workplace. “Some male colleagues are drunkards and we have to stay at remote anti-poaching camps with them.”

“Sometimes higher-ups can also be very unsupportive, by transferring us to remote locations or not sanctioning leave if we don’t toe their line,” she added.

It’s a tough job – and it’s also important. Forest guards have to interact with the local people (they are often locals themselves) and this “multidimensional relationship”, in the words of independent researcher Siddhant Nowlakha, makes their role very important to ensure “people’s participation in conservation and forest resource protection”.

Many protected areas are also understaffed and need more permanent posts, according to Andheria. For example, the 1,200-sq.-km Pakke Wildlife Sanctuary and Tiger Reserve in Arunachal Pradesh has only 18 permanent posts – including just two guards – when it needs at least 200 staff members given its size and terrain.

To fill similar gaps in each of their forest workforces, many state forest departments contract ‘forest watchers’ for daily wages. However, this pay is low, and salaries are often delayed. Pakke Tiger Reserve’s forest workers went on strike this year after they weren’t paid for seven months.

Similarly, some 140 temporary guards of the Tiger Protection Force at Mizoram’s Dampa tiger reserve also went on strike in April this year demanding their salaries, delayed by then for more than six months. Dampa authorities subsequently settled those dues – only to not pay the same set of people for the last six months, according to a temporary forest guard who works here. (He didn’t wish to be named because he feared being targeted by his supervisors.)

“We were about to go on strike from November 26, but the field director assured us that we will get our salaries as soon as the money comes through,” he told The Wire Science. But they still don’t know when that will be; the director didn’t specify a date, he said.

Such problems, regarding payments, erupt every year and they need a good administrative solution, T.R. Shankar Raman, director of the Nature Conservation Foundation, tweeted earlier this month. Raman has conducted research in the region for nearly two decades.

“This has been a perennial problem in Dampa for almost a decade now,” Raman told The Wire Science. “These forest workers have been struggling for even basic needs, such as buying medicines or notebooks for their childrens’ education.”

He suggested that the state of Mizoram could create “a corpus with the Dampa Tiger Conservation Foundation to fund their salaries, into which funds from tourism and donations too can go”, and that this “would help address” the issue of timely payments. “But it has to be constituted by the state.”

Many smaller tiger reserves are also grappling with this issue – while larger, “more flagship” ones, in Raman’s words, are plush with funds thanks to income from tourism and funding from NGOs. So he also suggested exploring a system in which the smaller reserves could avail interstate loans from parks that are better off, at least to ensure contractual workers are paid on time every month.

Also read: A Corbett Journey: A Tourist in Tiger Country Discovers More Than He Bargained For

Forest watchers and guards in territorial forests struggle even more.

While protected areas, such as tiger reserves, get a lot of attention from the forest department, NGOs and corporate social responsibility schemes, territorial forests are not considered to be as “glamourous”. As a result, guards here don’t receive the same benefits that guards in protected areas get – like access to equipment offered by NGOs, one Indian Forest Service (IFS) officer said on condition of anonymity (because she was commenting negatively on government policy and didn’t wish to draw her superiors’ ire).

Andheria echoed her view: facilities that frontline forest workers can access, including field accommodation such as anti-poaching camps, differ from state to state just as much as daily-wage rates.

Last year, the Indian Forest Service Association wrote to the Union environment ministry noting that the ministry has done “nothing concrete” for the welfare of frontline staff. The letter requested improved working conditions, including field accommodation equipped with necessary amenities, including clean and round-the-clock drinking water, toilets and power.

The letter quoted a report by the International Ranger Federation that reportedly said India is the world’s “deadliest country for rangers” and that between 2012 and 2017,  almost a third of all rangers worldwide who died on the job did so in India. The association also wrote that in the case of an unnatural death of a staff member in the line of duty, the victim’s families receive a compensation of at least Rs 25 lakh.

Andheria also said existing policies will have to be updated to address insurance – changes that workers have demanded as well. In some states, banks provide a basic insurance coverage of up to Rs 1 lakh to frontline workers when they open a salary account with them, he said.

“This is not enough. Field staff should feel secure about their health and well-being if they have to give their hundred-percent.”

These issues are notable considering the environment ministry promptly appointed a committee to examine issues spelled out in the association’s letter. The Wire Science’s searches and inquiries with sources couldn’t unearth a committee’s report, however.

There have been some small positive changes in the last five years, even if there is also much more that needs to be done for the welfare of frontline forest workers, the IFS officer said. In her view, one reason changes could be taking time is that “we work in a field that does not generate votes.”

Swati Dumane’s case highlights why changes in policy need to happen in this field – and fast. She did not have any insurance cover (including term insurance) apart from the group insurance she paid for from her salary – a total of around Rs 14 lakh – according to an official at the Tadoba Andhari Tiger Reserve, where she worked.

When she died, Tadoba’s forest workers were in the process of shifting their salary accounts to a bank that would offer them an insurance cover of up to Rs 40 lakh, the official added (on condition of anonymity, since he didn’t want to be pulled up by his superiors for talking speaking the press on this “sensitive” issue).

“In another 15 days, Dumane would have been eligible for this cover, too,” he said. “Apart from the ex gratia amount her family will receive, we will also give her husband a government job.”