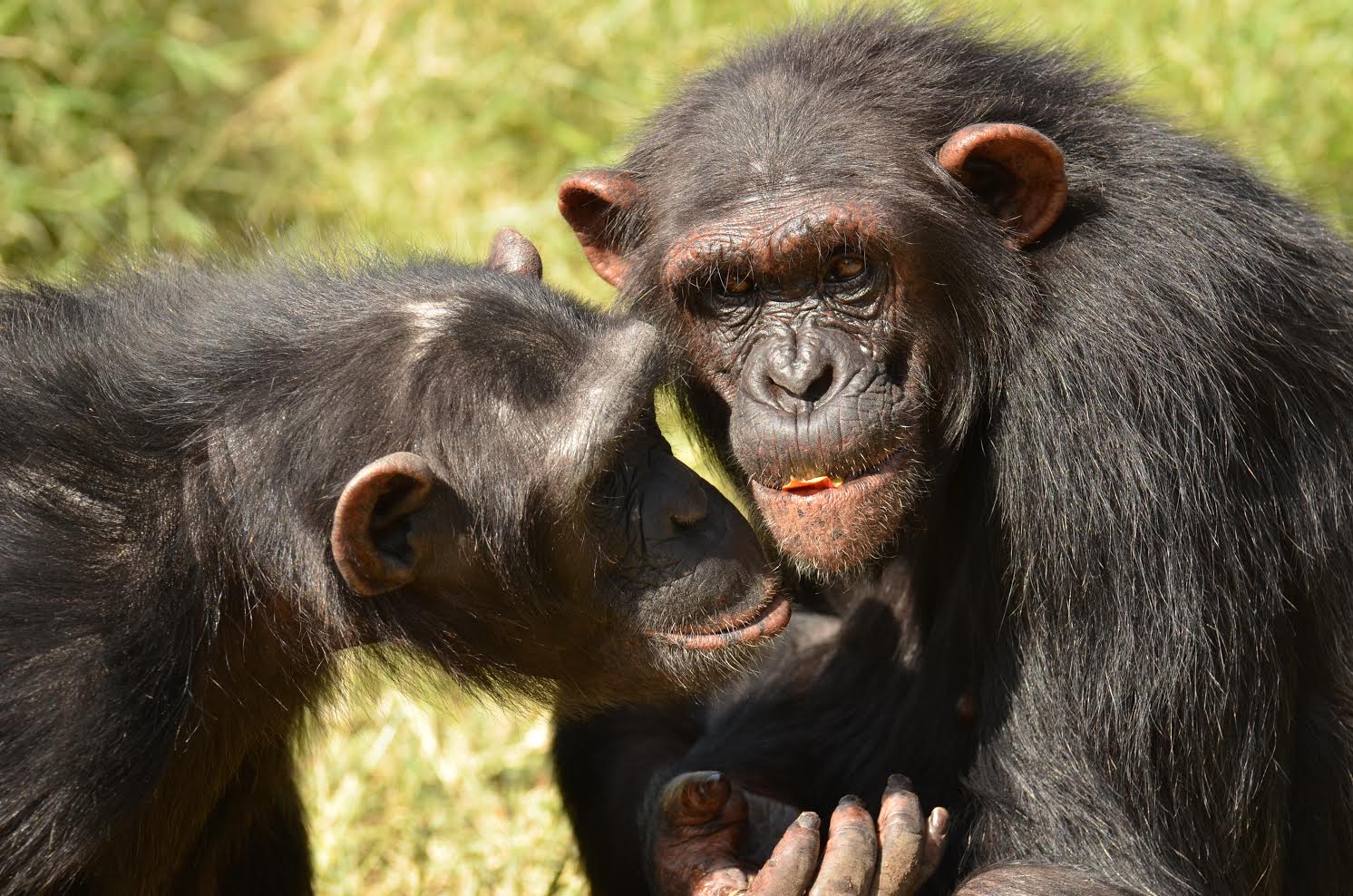 India Has to Be its Own Cultural Ambassador, But it Has to Be Scientific About it: Manjul Bhargava

If you thought trust was a unique trait of humanhood, you’d be mistaken. Our close relatives, chimpanzees, trust too. This recent finding pushes the origin of trust way back to a common ancestor.

Trust defines human relationships. It influences our interactions with family, friends, and colleagues. We go to the aid of our favourites and support them through hard times. By sharing our deepest fears and aspirations, we also leave ourselves vulnerable to them.

Primates bond with others of the same sex or family. Chimpanzees also hit it off with unrelated troop members and members of the opposite gender. But, do they trust?

Jan Engelmann and Esther Hermann of the Max Planck Institute for Evolutionary Anthropology, Germany, conducted an experiment to find out.

People interpret trust in different ways. The researchers adopted the definition proposed by sociologist James Coleman. It’s based on behaviour and thus testable. If Alpha willingly puts resources, like money, at the discretion of Beta without any legal strings attached, Alpha trusts Beta. If Beta lives up to Alpha’s expectations, Alpha benefits much more than had Alpha not had confidence in Beta at all. The reciprocal trust shared by Alpha and Beta is a win-win situation.

However, Alpha loses a lot when Beta swindles the money and doesn’t reciprocate the trust. The difficulty about trusting someone is establishing their trustworthiness. It’s easy to depend on family. But how do we have faith in people to whom we are not related? One way is to create an emotional bond with them.

The researchers watched the interactions of 15 chimpanzees living at Sweetwaters Chimpanzee Sanctuary in Kenya over 5 months. These orphaned and abused primates were not related to each other, except for one mother-daughter pair. The researchers rated every chimpanzee’s interactions.

When two chimpanzees spent most of their time in each other’s company, grooming and eating together, the researchers called them ‘friends.’ The two that spent the least time with each other were ‘non-friends.’ Once they mapped the primates’ social network, the researchers moved to the next phase of the experiment.

They modified a game used by economists to study trust in humans. The game had two participants. One chimp had a choice of two ropes. If it pulled the ‘no-trust’ rope, it drew a container with two pieces of banana towards itself.

Pulling the ‘trust’ rope sent a container moving on tracks in the opposite direction to its partner’s enclosure. The container had two compartments, each with three pieces of banana and three pieces of apple. The partner could help itself to the goodies only in one section. If it then pushed the container, it would roll to the enclosure of the first chimp that could access the fruits in the other compartment.

Each chimp participant played the game with a friend and non-friend as many as 12 times.

The researchers say chimps sent the two-section container to their friends more often than to others.

How did the partners react? Did non-friend partners behave differently from friends? Surprisingly, there was no difference between them. Non-friend partners lived up to the trust placed in them. They sent the container back to the first chimp just as much as friends did. A possible explanation for this behaviour, say the researchers, could be that the cost of reciprocating was low. The partner didn’t lose anything by sending the container back.

If non-friends proved to be reliable, friends didn’t reciprocate all the time. “Friends reciprocated trust in about 70% of trials,” says Jan Engelmann. “So there were definitely instances where friends did not reciprocate the trust placed in them.”

How did the betrayed chimps react?

“Some chimpanzees seriously ‘complained’ to their friends by calling if they failed to prove trustworthy,” replies Engelmann. “It was as if they were saying: ‘I thought we were friends, why don’t you send the food back?’ But this is of course only anecdotal and I am probably anthropomorphising here.”

Sceptical readers may dismiss these findings, saying these chimps reciprocated because choice fruit was at stake. Indeed in an earlier study, Engelmann, Hermann, and Michael Tomasello found chimpanzees adjusted their level of trust depending on the trustworthiness of their partners. They cooperated on the spur-of-the-moment when rewards were at stake. Since these alliances were forged to get at pieces of juicy fruit, the researchers labelled it ‘strategic trust.’

In the current study, however, chimpanzees showed themselves capable of ‘emotional trust.’ And that is the astonishing finding of the study. Betrayal by some friends didn’t affect their friendship. Nor did fresh friendships blossom with chimps that proved to be reliable.

“Chimpanzee friendships, like human friendships, take time to be established,” says Engelmann. “Proving trustworthy in one context is not enough.”

Even though non-friends returned the fruit container as many times as their friends, chimpanzees trusted their friends much more. They didn’t seem to keep track of who returned favours and trust them in future. The researchers suggest chimps may find trusting friends an emotionally rewarding experience.

In 2013, Catherine Crockford and her research team said oxytocin levels were high in unrelated chimpanzee friends that groomed each other. The hormone plays a key role in maintaining social relationships in humans, prairie voles, or chimpanzees.

“Human friendships do not represent an anomaly in the animal kingdom,” Engelmann says. “Other animals, such as chimpanzees, form close and long-term emotional bonds with select individuals. These animal friendships show important parallels with close relationships in humans. One shared characteristic is the tendency to selectively trust friends in costly situations.”

What if the cost of reciprocation was high? If the partner had access to all the fruit in the container, would it have shared the reward with the first chimp?

The answer to this question is beyond the scope of the study. “But I am pretty convinced,” replies Engelmann, “chimpanzees would return the container with a much lower frequency than in the current study.”

“The mechanisms maintaining close bonds and cooperation in chimpanzees are still understudied. There’re a lot of debates on the relative involvement of cognitive and emotional mechanisms in these relationships,” says Sonja Koski. “Trust, being such a fundamental part of human friendships and cooperative actions, is thus highly relevant to study.” Koski of the University of Helsinki studied chimp friendships in the past but wasn’t involved with this study.

Trust and friendship evolved for a reason. Studies in many other primate species show friends help animals live longer and improve the survival of their offspring.

Engelmann says he plans to continue studies in this field. “We want to further investigate the similarities between chimpanzee and human friendships. For example, do chimpanzees also preferentially help and share with their friends?”

The answer will stress yet again the similarities between the two primates – humans and chimpanzees.

The study was published in the journal Current Biology on January 14, 2016.