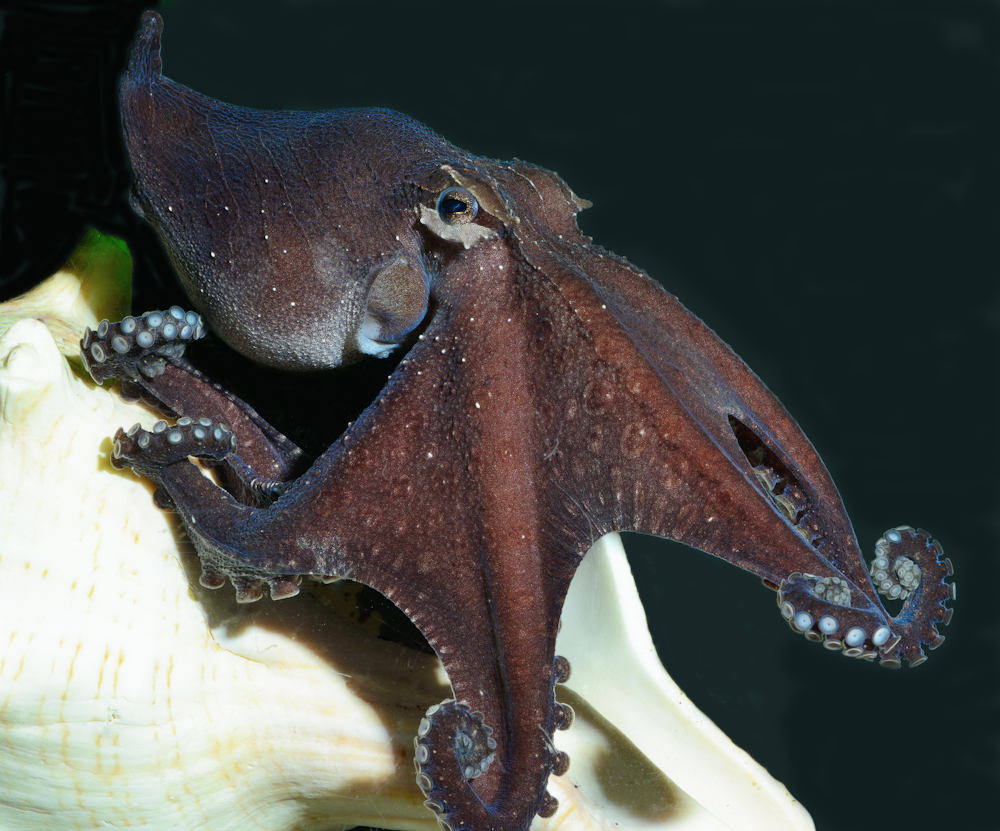 What the Census Tells Us About Having Faith in Daughters

Octopuses are solitary creatures. Even when mating, they don’t canoodle. That’s because octopuses are cannibals.

Males keep females at arm’s length and shove little packets of sperm into oviducts located inside females’ round mantles. Should females show any sign of aggression or hunger, males flee. One species is so petrified of being eaten, the males detach their sperm-laden arms and offer them to females.

In 1975, Panamanian marine biologist Arcadio Rodaniche was surprised that larger Pacific striped octopus didn’t behave like other octopuses. He watched in amazement as mating pairs snuggled up together into the same den for a few days like honeymooners, and had intimate sex by locking mouths and linking their sucker-lined arms. They even shared food mouth to mouth like lovey-dovey humans. That would be a suicidal move for males of other octopus species. Females didn’t immediately die after laying eggs, but survived for months afterward.

Rodaniche told The Wire, “I started working with them by accident. In the late 1970s, a friend kept picking up larger Pacific striped octopus in his shrimp trawler. He asked me if I was interested. He was making short trawls so the animals arrived in very good health.” He studied the species in a large saltwater swimming pool at the Smithsonian Tropical Research Institute in Panama.

However, the scientific world turned its back on his work. Larger Pacific striped octopus’ behaviour upended everything known about octopuses. “I presented the original paper on the larger Pacific striped octopus at a symposium at Woods Hole in 1990,” says Rodaniche. “Although some found the data intriguing, it was clear that there were others who flatly refused to accept it. In December that year, I learned that the paper had been given a very unfavourable review by the only person who reviewed it. They [the editors] gave me the opportunity to revise it, but because they required me to make many substantive changes in a very short period of time, I declined. I retired from the Smithsonian three years later.” No one paid any further attention to these radically different animals.

The larger Pacific striped octopus is found in sandy soil at river mouths along the Pacific coast of Nicaragua, where it lives in colonies of up to 40 at depths of 40 to 50 metres.

In 2012, Richard Ross of California Academy of Sciences and Professor Roy Caldwell of University of California, Berkeley, U.S., procured 24 specimens from a pet trader, who collected the animals off the Nicaraguan coast. Prof. Caldwell told The Wire he suspected Rodaniche was right when he heard from the collector that all the animals came from a congregation of octopuses.

The biologists observed the octopuses at the Steinhart Aquarium at the California Academy and at the university’s Berkeley campus lab.

Despite its name, the larger Pacific striped octopus is not big. Females are the size of a sapota (or chikoo) while males are lemon-sized. They grab crabs, pry mussels and clams apart, and drill holes into snail shells to extract the soft flesh, like any other octopus. But they add a bit of drama when hunting shrimp.

When a larger Pacific striped octopus spots shrimp in the distance, it creeps up behind it, arches an arm over it slowly, and taps it on the far side. The startled shrimp jerks backward into the waiting arms of the octopus. Caldwell says the reason for this unusual hunting strategy could be shrimps’ ability to swim fast. The octopus cannot hope to catch it by chasing after it, and hence the subterfuge.

Larger Pacific striped octopus mate like squids and cuttlefish. The pair grasps each other’s arms sucker-to-sucker, and the animals mate beak-to-beak as if kissing. The pale-coloured female envelopes the darker male, and he responds by jetting ink. No other octopus behaves so sensuously. In the lab, only once did one female turn aggressive when a male attempted to mate with her. Her excuse may have been she was brooding, but other brooding females offered no resistance to amorous males.

Female octopuses have two oviducts, so they can mate with two males simultaneously. The scientists speculate that larger Pacific striped octopus may have evolved this unique manner of beak-to-beak mating so the male can monopolise the female and prevent her from mating with another.

The researchers speculate that females lay an egg a day for up to six months. The mothers stick them in pairs to walls of the den. Throughout incubation, they tend the eggs by running their arm tips through them.

When researchers entered the room, wandering females immediately returned to their cache of eggs until the humans left.

“Only by observing the context in which these behaviours occur in the wild can we begin to piece together how this octopus has evolved behaviours so radically different from what occurs in most other species of octopus,” Caldwell said in a press release.

The octopuses in California died naturally after reproducing. After they abruptly stopped eating, males died within two weeks. Once females entered senescence, they ate a little bit, less frequently, and gradually retreated to a corner of the aquarium. If they still had eggs, they continued to care for them. They died between two and four months later.

“I feel vindicated knowing that my data was finally corroborated by other scientists,” says Rodaniche, who is one of the authors of the paper. “Because the octopuses’ behaviours were so unusual for what was then known about octopus, and because the animals are not easy to locate, I decided that it would only be a matter of time until someone else found them and recognised how unique they are.”

Despite its unusual behaviour, the octopus has not been scientifically described and named. We know this unique creature only by its insipid name: larger Pacific striped octopus.

The study was published in the journal PLoS ONE on August 12. 2015.

Elephants Living Around Humans Should Be More Stressed, Right? Well…

If You’re a Southern African Python, Being a ‘Good’ Mum Could Get You Killed

A Bug’s World: the Story of How Wings Set Insects Free to Colonise Earth