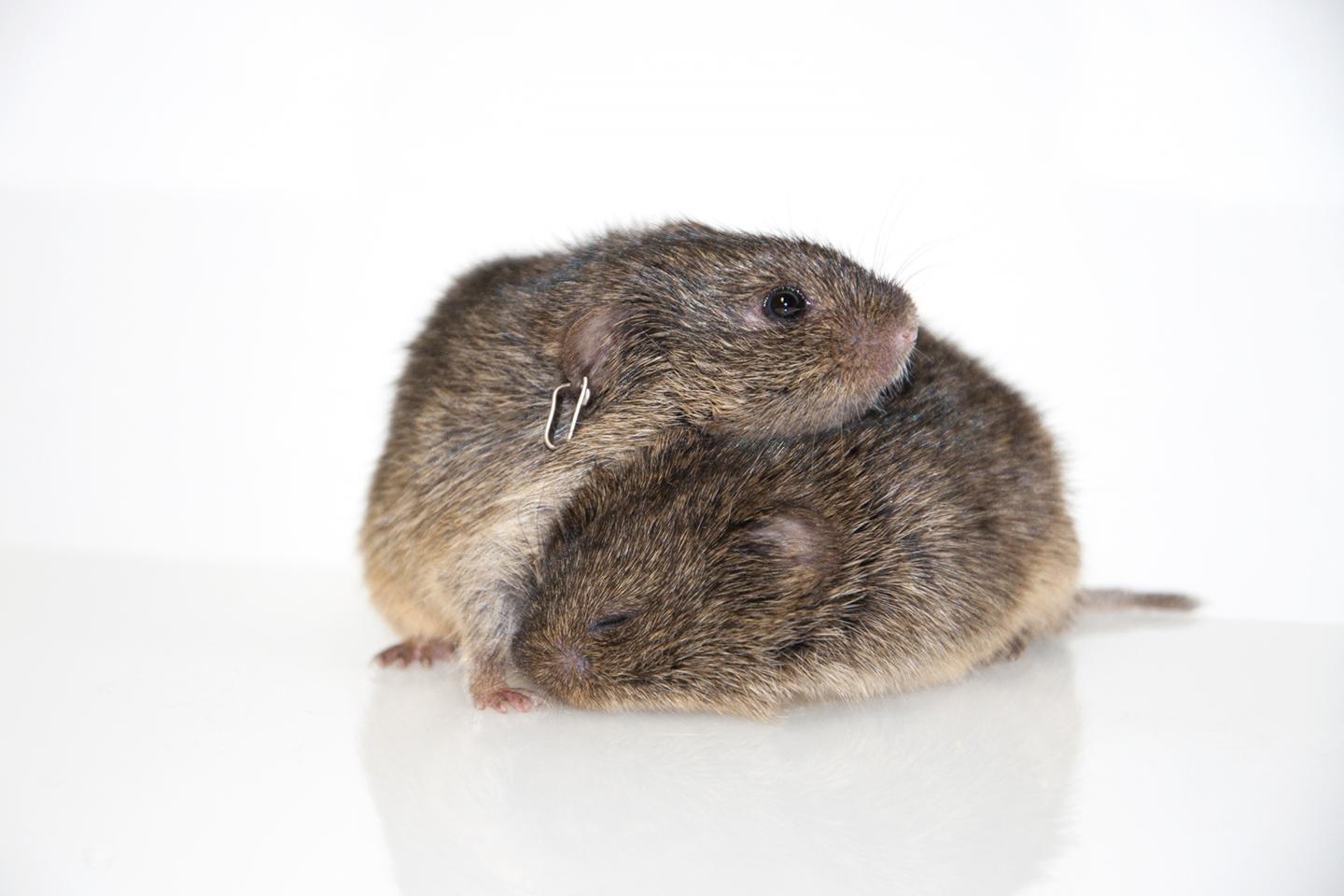 Crosstalk: To Boldly Go From Collecting Facts to Making Discoveries

The prairie vole is a paragon of monogamy. Males bond for life with their first female mates. They are among only 3-5% of about 5,000 mammals to fixate on their partners all their lives. When one dies, its mate most often chooses to live a solitary life.

But nearly half the studs give the lie to their species’ monogamous lifestyles. They trespass upon other voles’ home ranges, sneaking sex and scraps with strangers. Female partners in stable relationships aren’t above having a casual fling on the side. As many as a quarter of the litters are not fathered by their mothers’ regular mates. Still, a majority stick with their first sex partner and that’s still a rarity.

Philandering males hit the reproductive jackpot, producing scores more babies than their monogamous counterparts. But being unfaithful is not all fun and frolic. When these males are gallivanting, their mates may also seek sex with others. These cuckolded males that are busy cuckolding others are more likely to raise a rival’s offspring. Neither monogamy nor polygamy has an edge, and prairie voles practice both.

What makes most stick to one mate and a few seek many mates? Our sense of morality controls our behaviour to a great degree. But in animals?

Scientists discovered that genes dictate whether the males of these small North American rodents are faithful to their partners.

Monogamous voles release the hormone vasopressin in the reward-seeking part of their brains.

It’s the same with faithful men. In males, vasopressin influences social behaviour such as aggression, mate bonding, and paternal care of offspring, and mediates anxiety.

Positive reinforcement with rewards isn’t the only way to keep males in line. A lot has to do with their recognition of places. Monogamous male prairie voles have more receptors for vasopressin called V1aR. This helps them find their way around, recalling sites where they had fights with rivals and avoiding them.

The ones with fewer vasopressin receptors have a poorer understanding of their territories. They wander over large areas, intruding on others’ territories and perhaps only dimly recollect where their own nests are located. And the result is: they are promiscuous.

Although meadow voles are closely related to prairie voles, they are not monogamous. When researchers injected males’ brains with vasopressin receptors, they stuck close to their partners.

When receptor-rich voles have sex for the first time, they imprint on their partners and thereafter remain true to them.

In which part of the brain these vasopressin receptors are located also has a lot to do with sexual fidelity of prairie voles. The retrosplenial cortex, nestled in the heart of the brain, plays a key role in memory and navigation.

One of the researchers who has studied prairie voles for many years is Steven Phelps of the University of Texas at Austin, U.S. In 2008, he wrote, prairie voles with more vasopressin receptors in the retrosplenial cortex stay within the confines of their homes.

In a recent study, Phelps and his graduate students explored genetics in the lab and radio telemetry in the field to explain the two sexual strategies.

They examined the gene avpr1a known for predicting sexual fidelity in males and how vasopressin 1a receptors (V1aR) express themselves in vole brains.

They found two kinds of receptors that they call ‘high’ and ‘low.’ If males have lots of high V1aR in the retrosplenial cortex, they are faithful and stay at home. The ones with low V1aR get hopelessly lost, bumbling far out of their territories.

The high and low variations didn’t affect V1aR receptors in the ventral palladium and the lateral septum of the brain. The former regulates motivations, emotions, and behaviour, while the latter processes anxiety. The gene variations affect receptors in parts of the brain involved in remembering places and sexual fidelity.

Phelps says his team was shocked by what they found. “This brain variation isn’t just there by chance. It isn’t random,” he said in a press release. “It’s actually something that selection has kept around for a very long time. When it comes to social behaviour, maybe there isn’t a normal brain.”

Since these effects are stronger in captive voles than in wild ones, the researchers say the traits are not entirely hereditary. Environment and structure of the population may also influence the degree of males’ faithfulness.

It’s to the prairie vole’s advantage to have this flexibility. Like many rodents, their population booms or crashes depending on food supply. Feast times see a population explosion and home ranges shrink in size with more than 600 rodents can be jammed together in a hectare. Such situations are a perfect playground for promiscuous voles with no little sense of territory, and a headache for possessively devoted male voles keen on keeping their mates away from strangers’ charms.

During a famine, vole populations can crash, leaving only one or two a hectare. Those with better navigation and memory skills are at an advantage. They dote on their partners, defend their territories and mates from philandering males, and make successful parents.

It’s tempting to extend these conclusions to human behaviour. But research hasn’t advanced that far. A 2014 study of 7,400 Finnish twins and their siblings is the latest to suggest genes could have an effect on infidelity. The researchers say they found a tentative association between vasopressin receptors and infidelity in women and, to a lesser degree, in men as well. Surprisingly, oxytocin, commonly thought to be at work when women bond with their partners, seemed to have no association at all. This runs contrary to earlier studies that found vasopressin influenced men’s faithfulness.

There may be some biological basis for philandering humans, but it’s complicated by personality and environment.

Of his findings in voles, Phelps says, “I wouldn’t be surprised if there were many genes whose variants have been kept around by selection in a similar way. We may find this to be a common pattern in social behaviour, including personality differences, in lots of species.”

Who’d have thought geography plays such a big role in fidelity.

The study was published in the journal Science on December 11, 2015.