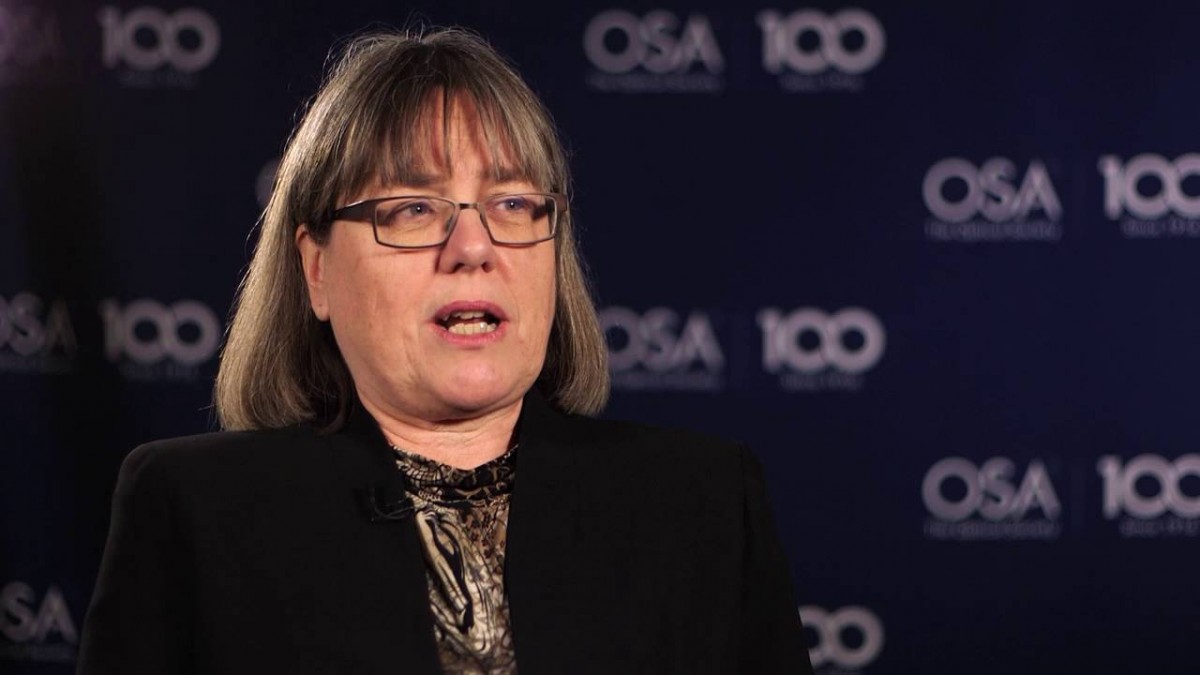 Almost all news reports around the world on the Nobel Prize for physics 2018 are going to flunk the Finkbeiner test today.

The Finkbeiner test cautions against writing about women scientists because they are women instead of writing about women scientists because of their scientific work. But now that Donna Strickland has been awarded a part of the physics Nobel, it is impossible to ignore her gender. Strickland’s work is commendable, yes, but she has become the first woman to ‘attain’ this distinction in 55 years. However, in this celebratory narrative, let us not get carried away by Strickland’s achievement – that of a woman winning the physics Nobel Prize – because it is not an achievement. What we are looking at is actually a terrible failure that has only now begun to rectify itself: that of the Nobel Committee having ignored female candidates for the prize for half a century.

The Nobel Prizes make up a curious institution. It consists of a bunch of Swedish scientists fulfilling the wishes of a long-gone Swedish inventor by choosing up to three people at a time for an award according to rules that have not been changed in the last century – even though the enterprise in which these people are engaged has changed enormously in the same period. It represents, somehow, an aspiration for research institutions as well as governments alike. While the prizes have been lauded for giving the sciences widespread press coverage for at least a few days every year, they have also been censured for imposing impractical restrictions on how many people can win the prize at a time and for the opaque decision-making process, among other things. The prizes also carry prestige enough to tempt their winners to think of themselves as institutions. And many give in to that temptation.

As an award, and like many awards, these prizes are conceptually flawed. However, the Nobel Committee responsible for selecting laureates has exacerbated the issue by ignoring women laureates for the physics prize for 55 years. It may have been the case that women did not constitute a sizeable fraction of the scientific workforce in the last century, and that prizes rewarding achievements in that century as a result cannot have many women to pick from. This consideration automatically renders its male laureates – especially white male laureates from the US and Europe, the overwhelming fraction – as being bearers of an extreme privilege apart from also being men who undertook commendable scientific work. At the same time, women who were indeed candidates by virtue of their pioneering research were actively overlooked.

Also read: Why a Test Used to Spot Gender Bias in Science Reports Can Be Myopic

However, now that a woman has won the prize, should the tone change? Should we take the prize more seriously by virtue of this singular development and, for the time being, set aside criticisms?

The answer is yes. The reason is simple, if also somewhat contra-verse. To quote Ed Yong: “Perhaps none of this would matter if the Nobels weren’t such a massive deal.” The Nobel Prizes have captured the public imagination like no other prizes ever have. Even the Wolf Prize and the Lasker Awards, whose laureates often go on to win Nobel Prizes, don’t hold the kind of sway the Nobels do in the public sphere. When you attempt to convince non-academics that the Nobel Prizes should not be taken too seriously, it is impossible to begin without the hope that your audience does in fact take the Nobel Prizes seriously so that they pay attention to what you are saying.

An immediate consequence of this reality is that Nobel prizewinners become role models and beacons of inspiration to people around the world. This aspect does not come to the fore if the prizes are being awarded year after year to old, white men working in developed societies because boys and men already have many more inspirations to pick from apart from that year’s laureates. This is an essential feature of a patriarchal world: that its non-male members have few people of their own biological, leave alone social, kin to look up to whereas its male members have an abundance to pick from. Did you know, for example, that Strickland did not have her own Wikipedia page until after today’s announcement?

I also just found out that Dr Strickland didn't have a @Wikipedia page until this morning!! This is why the work @jesswade and others are doing is SO important. #NobelPrize (HT @StewMH) pic.twitter.com/9uo173Mcuf

In this vein, the Finkbeiner test was unavoidable. It was devised by Christine Aschwanden, and named for Ann Finkbeiner, to alert journalists to the fact that scientists should not be covered in the press because of their gender – at a time when journalists often seize upon women scientists to write about because they are women. It was a test, rather a concept, and one of many at that, that signalled the dawn of a new age: in which it was no longer as remarkable as it was in the 20th century for women to be scientists and excellent scientists at that. But for its commendable aspiration, the Finkbeiner test is flawed because it does not make room to celebrate non-male achievers because the achievers are in fact not men; it flat-out ignores social conditions. To ask that we celebrate Strickland for her science alone would elide the Nobel Prizes’ travesty, and the latter is not something we should forget.

Just as well, because physics Nobels were awarded to 72 men between Marie Curie and Maria Goeppert-Mayer and to almost 127 men between Goeppert-Mayer and Donna Strickland. For women, the physics Nobel Prize was, and arguably still is, a men’s prize, an inheritance of their privilege from a previous era. But with Strickland having won (part of) the Nobel Prize for physics in 2018, there is a unique opportunity to revive the prize’s social symbolism, to hoist once more – and hopefully not for the last time – the dusty flag of its virtues. To brag that Strickland is “only the third woman” to win the Nobel Prize for physics is to completely miss the point, but at the same time, because the “Nobels are such a massive deal”, it is good that we have one more woman laureate to whom young scientists can look up.

The Wire Science@TheWireScience
3 Following 11.7K Followers
A 2013 study estimated that a mangrove forest could reduce the effects of a Category 5 storm to the effects of a Ca… https://t.co/JDbEeOnJbp
6 hours ago
1 2
The Government of India is stuck between the devil and the deep sea, and may even have to brace for a surge in its… https://t.co/uvfws3aEUJ
8 hours ago
1 2
There is one group of scientists that's used to thinking of more than six impossible things before breakfast: the c… https://t.co/EpuSl7gqVT
8 hours ago
2
Monsoon rains are likely to enter India through the southern coast around June 1, the state-run weather office said… https://t.co/XHirp7iJqg
9 hours ago
3
India continues to report around 6,500 new cases of the coronavirus infection a day. According to the health minist… https://t.co/73pQgC7vle
10 hours ago
2
The KGB said “the goal of the measures is to create favourable opinion for us abroad — namely, that this disease is… https://t.co/HjcmKLdE8R
12 hours ago
2 4
The countdown, made especially suspenseful by shifting weather conditions, was halted just 16 minutes and 54 second… https://t.co/P7bdeq7MQl
13 hours ago
2 1
Many products already in the market, such as medicinal drinks and food products, often accompanied with vague reass… https://t.co/MmzSCfuszb
14 hours ago
2 5
The presence of visiting dignitaries, including President Donald Trump, added to the high-pressure mood at Kennedy… https://t.co/URoiXMMYqj
2 days ago
12 59
Human spaceflight is progressing at a rapid pace across the globe. This decade is full of milestones to look forwar… https://t.co/Klg0GEbTN3
2 days ago
13 44
Alert: @SpaceX will launch two NASA astronauts onboard a Falcon 9 rocket at 2:03 AM IST, May 28 (in a few hours). A… https://t.co/FtLqlpKhvc
2 days ago
10 31
"In India, it seems to me that the government thinks to admit community transmission is to admit failure of all its… https://t.co/OCwhINhLlu
2 days ago
2 7
[Archives] When rationalists are murdered and those who oppose archaic Hindu traditions fear for their safety, it's… https://t.co/qlfpsAZWfc
2 days ago
4 2
The story of how footage of a Stanford professor ended up in a film about the virus is one example of how the views… https://t.co/NWW2ctP3PU
2 days ago
1
Glenmark will begin a new clinical trial to test a combination of anti-viral drugs favipiravir and umifenovir as a… https://t.co/dYy2urJPHo
2 days ago
2 15
Contact us

Why is a Nobel Prize for Men Still Universally Relevant for the Sciences?

Before Nobel Prizes, It Was the Gift That Reigned in Science