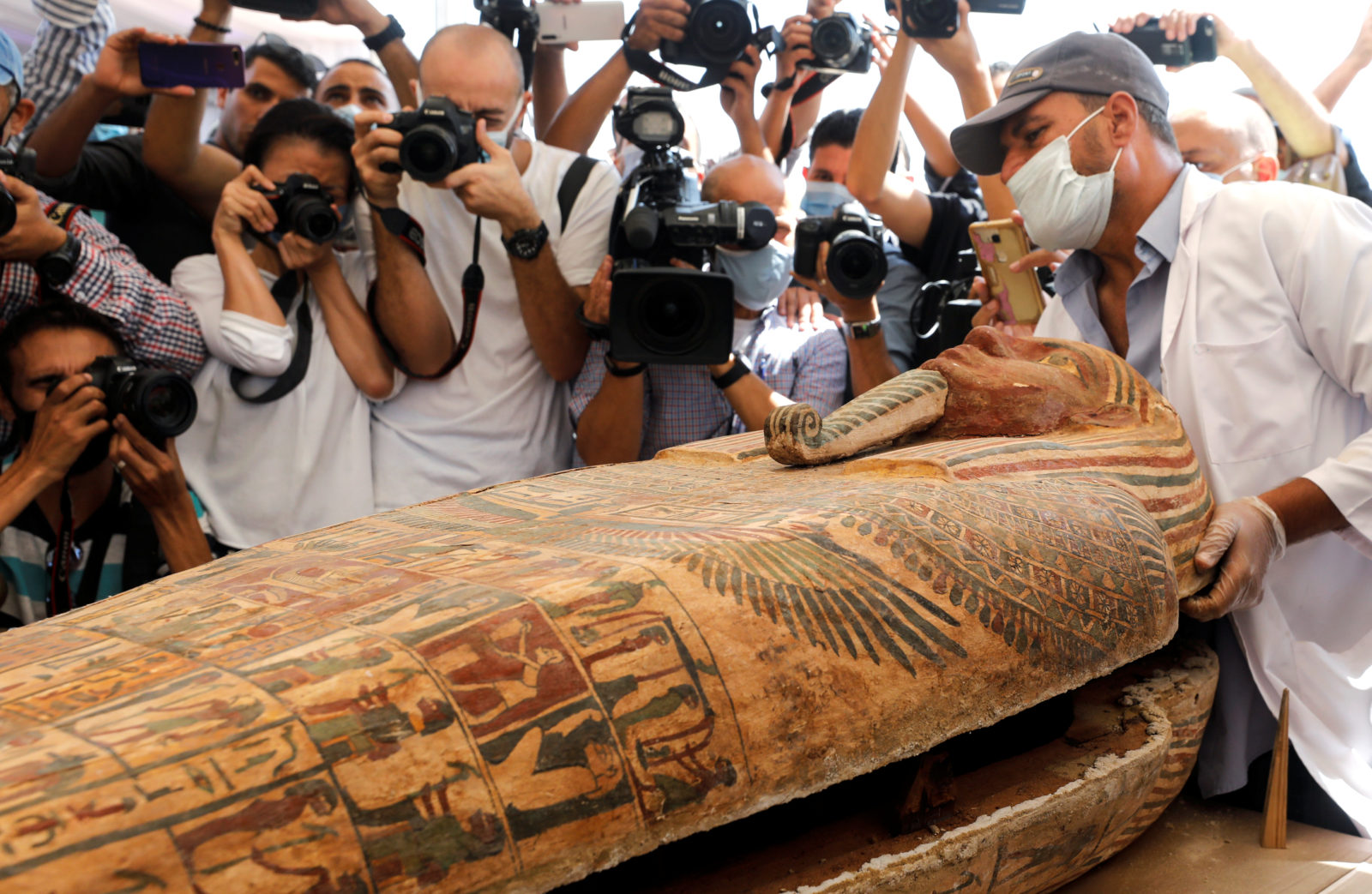 Featured image: A sarcophagus that is around 2500 years old, is seen inside the newly discovered burial site near Egypt’s Saqqara necropolis, in Giza, Egypt, October 3, 2020. Reuters/Mohamed Abd El Ghany.

Cairo: Egypt on Saturday put on show dozens of coffins belonging to priests and clerks from the 26th dynasty nearly 2,500 years ago, with archaeologists saying tens more were found in the vast Saqqara necropolis just days ago.

The 59 coffins were discovered in August at the UNESCO world heritage site south of Cairo, buried in three 10-12 meter shafts along with 28 statues of the ancient Egyptian God Seker, one of the most important funerary deities.

They belonged to priests and clerks from the 26th dynasty, said Mostafa al-Waziri, secretary-general of Egypt’s Supreme Council of Antiquities.

The Egyptian archaeological mission behind the discovery had been active since 2018 and previously unveiled a cache of mummified animals and a well-preserved tomb of a fifth dynasty royal priest called ‘Wahtye’ in the area.

Waziri explained the team had uncovered the three shafts where the coffins were laid in “perfect condition” due to a protective seal that preserved them from chemical reactions.

The mission will continue opening the coffins and studying their contents before their eventual display at the Grand Egyptian Museum, expected to open next year.