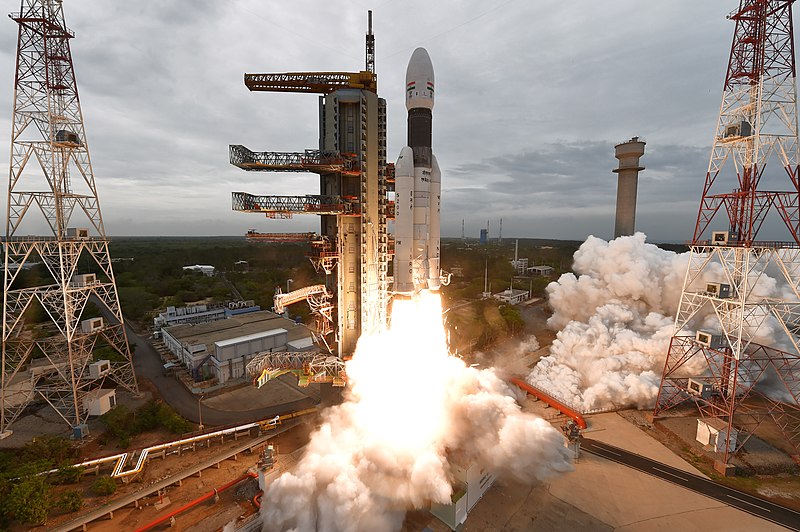 New Delhi: Chandrayaan-3, India’s third mission to Moon, is likely to be launched in 2022, ISRO chief K Sivan has said.

The COVID-19 lockdown has hit several projects of the Indian Space Research Organisation (ISRO) including Chandrayaan-3, which was scheduled to be launched in late 2020, and Gaganyaan, the country’s first manned space mission.

Unlike its predecessor, Chandrayaan-3 will not have an orbiter.

Chandrayaan-2, aimed at landing a rover on an unchartered Lunar South Pole, was launched on July 22, 2019 on board the country’s most powerful geosynchronous launch vehicle.

However, the lander Vikram hard-landed on September 7, 2019, crashing India’s dream to become the first nation to successfully land on the lunar surface in its maiden attempt.

Chandrayaan-3 is critical for ISRO as it will demonstrate India’s capabilities to make landing for further interplanetary missions.

He said ISRO is targeting December to launch the first unmanned mission under the Gaganyaan project. The mission was originally scheduled to launch in December last year.

It will be followed by another unmanned mission and the third leg is the main module, he said.

Gaganyaan envisages to send three Indians to space by 2022. The four test pilots selected for the mission are currently undergoing training in Russia.

The Wire Science@TheWireScience
3 Following 26.4K Followers
The Indian government introduced a ‘Group Insurance Against Accidents’ in May 1982, to provide “a sense of security… https://t.co/KQ76veusFv
8 hours ago
Some economists have written that certain economic models dangerously downplay the risks and urgency of the climate… https://t.co/Ggnm2ZtX2D
9 hours ago
1 1
Heavy rain pounded the southern part of West Bengal and the coastal region of Odisha on Sunday, affecting normal li… https://t.co/fzMODRcBj8
10 hours ago
A citizens’ movement in Goa resisting three developmental projects in the state, has received the Sanctuary Asia Wi… https://t.co/arWSITxUR7
11 hours ago
Access to other molecules is limited to those who ‘know a chemist’ able to synthetise the dye and willing to share… https://t.co/8Qzhi47Fmr
12 hours ago
2
In this week’s bulletin, INSACOG said population-level evidence suggests that the omicron variant is associated wit… https://t.co/HfQLDv31DD
13 hours ago
Four states and the national capital have now reported cases of the new variant, which has sparked fresh alert acro… https://t.co/nS6BlC6pEp
14 hours ago
1 1
Most landscapes considered “natural” have long histories of human use, and truly pristine ecosystems have been rare… https://t.co/lsVmXpardW
15 hours ago
2
A senior official in the J&K administration said lakhs of trees are being felled to make way for armed forces infra… https://t.co/wG8vGQPahM
18 hours ago
1
Universities throughout Indonesia have used prestige-based indicators this way to create a roadmap for progress tha… https://t.co/aNI6J5ctZu
19 hours ago
1
In academia, development of new reagents is covered by governments or institutes – so one chemist asked why he coul… https://t.co/5NEgXJOwfy
20 hours ago
1
A week after saying in its bulletin that booster doses should be ‘considered’, INSACOG now says this was neither a… https://t.co/AM3NuZzr3W
1 day ago
3
The Parliamentary Standing Committee on Health has said concerns with regard to the omicron variant developing immu… https://t.co/rN2YluBXTs
1 day ago
2
A 72-year-old man has been found infected with the omicron variant of coronavirus in Jamnagar city of Gujarat, foll… https://t.co/9WdQ0vrflA
2 days ago
1
There are several concerns about the state of nutrition in the country, and the recently released fifth National Fa… https://t.co/jJiOv2VeWV
2 days ago
2
Contact us