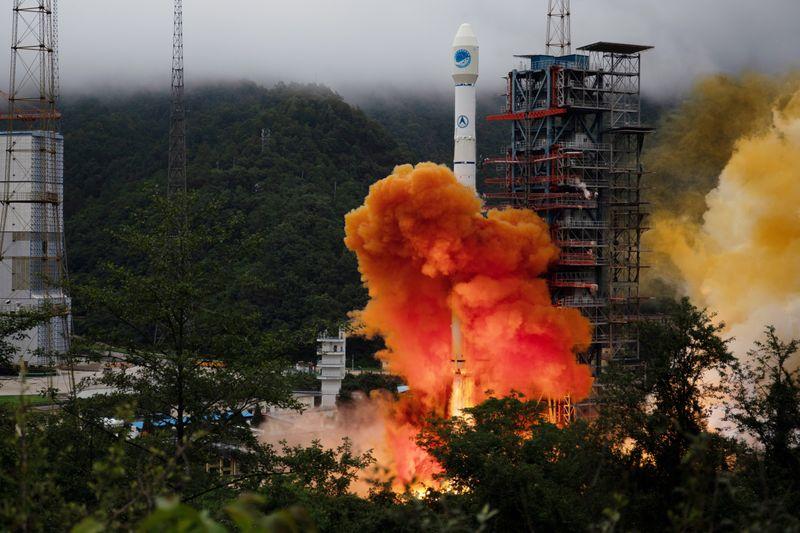 Spotted in New Gravitational Wave Discovery: A Stranger in the Stellar Graveyard

China on Tuesday launched the last satellite needed to complete its homegrown “Beidou” geolocation system, which is meant to rival the GPS network operated by the US.

Chinese state broadcaster CCTV showed footage of the launch in southwestern Sichuan province. A small group of onlookers can be seen watching as the Long March-3 rocket blasts off against a lush mountain backdrop.

About a half an hour later, the satellite was sent into orbit, where it extended its solar panels to provide its energy.

The launch had originally been scheduled for last Tuesday, but was delayed due to unspecific “technical issues,” China’s space agency said.

A network to rival global powers

The launch — the 55th in the Beidou family — marks the completion of a satellite network that is meant to make China a key competitor in the billion-dollar geolocation services market.

Beidou, which is named after the Chinese for the plow or “Big Dipper” constellation, hopes to rival the US’s Global Positioning System (GPS), Russia’s GLONASS, and the EU’s Galileo.

“In actual fact, this also signifies that we are moving from being a major nation in the field of space to becoming a true space power,” Yang told broadcaster CCTV.

A guide for fishing boats and missiles alike

Today the service is used on millions of mobiles phones for everything from finding restaurants and gas stations to guiding missiles and unmanned drones.

Originally limited to the Asia-Pacific region after its launch in 2012, Beidou has provided worldwide coverage since 2018.

Some 120 countries use Beidou’s services to monitor port traffic and to guide rescue operations during disasters, Chinese state media reported.

Beijing hopes that its trillion-dollar Belt and Road global infrastructure project will convince more countries to use the Beidou technology, an attempt to wrench some of the market share away from the US.

Some experts, however, are skeptical that this would be possible in the near future.

Speaking with AFP, astronomer at the Harvard-Smithsonian Center for Astrophysics Jonathan McDowell said, “I think the Beidou-3 system being operational is a big event. This is a big investment from China and makes China independent of US and European systems.”

But he did not think China would be able to “supplant GPS in the next 10 or even 20 years”.