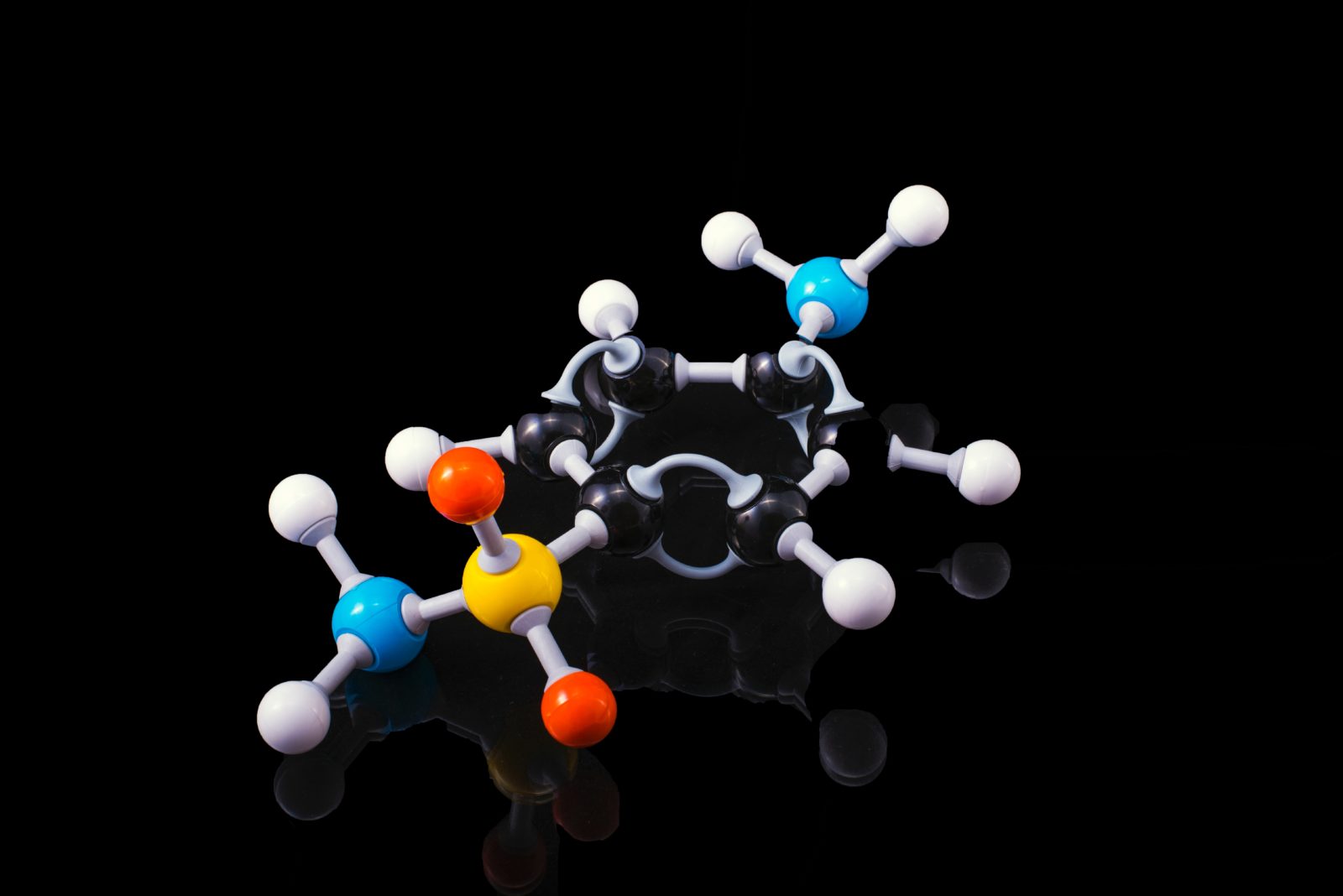 Bengaluru: On the NobelPrize.org homepage, there is a “Quick Facts” box with little factoids about the prizes in different categories. Today, on the day of announcement of the chemistry prize, the third item in the box was “7 women have been awarded the chemistry prize so far”. It was hard to tell if the prize-giving body was expressing regret or pride, being unmoved by considerations of the laureates’ gender. But the line has to mean something – it’s too remarkable to not. The box doesn’t say how many men have been awarded the chemistry prize, after all.

Today, the line will have to be edited from “7” to “8”, to include Carolyn Bertozzi. She, and Morten Meldal and Barry Sharpless, have won the 2022 Nobel Prize for chemistry “for the development of click chemistry and bioorthogonal chemistry”. But as she becomes only the eighth woman to win the prize, Sharpless has won it for the second time. He won it first in 2001 for discovering chemical reactions in which the handedness of molecules (right-handed or left-handed) determined the output. According to the 2022 prize press release, Sharpless and Meldal have been feted for developing click chemistry and Bertozzi for using click chemistry in biological systems.

I confess that the work in question checks all the boxes that contributed to my decision in high school that I would never try to learn about chemical reactions – especially organic chemical reactions – if I could. Fortunately in the present case, there is one chemical reaction that really popularised the ideas of click chemistry – a reaction that Sharpless has called the “premier example” of the technique – and it makes for a convenient starting point. This is the copper (I)-catalysed azide-alkyne cycloaddition reaction. This is too many words for a name, so let’s start by breaking them down and then clicking them together at the end.

In an azide-alkyne Huisgen cycloaddition reaction, the 1,3-dipole is an azide molecule and the dipolarophile is an alkyne molecule. An azide is any molecule that contains the azide functional group1: N3–. Azides are known 1,3-dipoles. An alkyne is a molecule with at least one carbon-carbon triple bond, which also makes it a dipolarophile.

Put all these details together and we have the azide-alkyne Huisgen cycloaddition reaction.

Meldal and Sharpless won the Nobel Prize for making this reaction happen with two important changes. First, their reaction didn’t involve a 1,3-dipole. This is why their reaction’s name doesn’t have the word “Huisgen”. Second, they used copper (I) as a catalyst.2 Copper (I) denotes the cuprous ion: a copper atom with one excess positive charge, Cu+. (Copper (II) is the cupric ion, Cu2+.)

What the addition of copper (I) does to the reaction is also what makes the reaction such a great example of click chemistry itself: the reaction happens quickly, efficiently (i.e. has a high yield), produces very stable products, has few or no side-products, preserves the handedness of the molecules, and doesn’t demand complicated reaction conditions. In other words, put these two molecules plus copper (I) together in the right conditions and it will be as if the molecules clicked together, with little else to show for it.

In 2002, Meldal and his team in Denmark and Sharpless and his team in the US published two independent papers (this and this) introducing the copper (I)-catalysed azide-alkyne cycloaddition reaction for the first time. The Sharpless team’s paper begins thus: “By simply stirring in water, organic azides and terminal alkynes are readily and cleanly converted into 1,4-disubstituted 1,2,3-triazoles.” To catalyse the reaction, they used a copper (II) compound that yielded copper (I) within the reaction mixture. The reaction’s conditions were a straightforward 24 hours and room temperature.

Click chemistry is particularly important in the context of the pharma industry. Many valuable medicines are molecules that chemists first identified in natural systems, like in the cells of certain plants and certain animals, and then found a way to manufacture them en masse. The latter has often been more difficult than it seems. In a 2001 article for the journal Angewandte Chemie, Sharpless and his coauthors wrote:

“The time required for … probing and then synthesis of enough of the better compounds for pharmacokinetic and toxicity profiling is staggering, and goes a long way towards explaining why this phase of pharmaceutical research takes so long. And yet, buoyed by the eventual success in obtaining complex target structures, discovery chemists and top executives alike display little concern for issues of synthetic accessibility. Ignored is the fact that any lead or development series that has supply problems risks inadequate … conclusions and development decisions. The story of the carbapenem antibiotic thienamycin is illustrative: it required six years of superb effort by several research groups in both industry and academia to develop the final therapeutic agent after the initial synthesis of thienamycin was published. The AIDS protease inhibitor Crixivan (indinavir) provides a more recent example – a very difficult synthesis at nearly commodity-chemical scale.”

As an alternative, the article popularised the idea of click chemistry: whereby chemists first synthesised the easier-to-synthesise smaller pieces of a more complicated molecule, and then “bridged” them together using covalent bonds3. That it was the great Karl Barry Sharpless making the suggestion mattered as well. For example, while Meldal & co. published their results first (primacy matters for science awards), the Sharpless & co. paper was also animated by the excitement of realising click chemistry and the significant ways in which it could change the drug-manufacturing industry, so it became more popular.

The work of Carolyn Bertozzi served to popularise click chemistry further, and also expanded its scope beyond pharmaceutical opportunities. In a series of studies, beginning with one in November 2004, Bertozzi and her team in the US reported an ingenious new way to observe glycans in the human body. A glycan is a complex carbohydrate involved in important biochemical reactions, including those that activate and choreograph the immune system. But in the 1990s, there was no reasonable way to track them. Bertozzi & co. eventually developed one.

Cells are basically factories that consume and manufacture various compounds based on instructions from the DNA. One of their products is a compound called sialic acid, which in turn is an ingredient to make glycans. Bertozzi & co. found a way to trick cells into producing a modified version of sialic acid that had an azide functional group attached to it. When the cell used it to make a glycan molecule, the latter retained the azide group. And when the cell pushed the glycan to the cell surface, where it needed to go, the azide group stuck out like a tiny handle.

To this handle, Bertozzi & co. attached an alkyne molecule using the Meldal-Sharpless click reaction. And to the alkyne, the team attached a fluorescent molecule – a molecule that could be made to glow under a microscope. That is, where there is glow, there are glycans.

Note that this click reaction doesn’t use a copper (I) catalyst; instead, it’s driven by strain. Specifically, the alkyne they used was a difluorooctyne – an eight-sided ring alkyne that is not stable because the two fluorine atoms – greedy for electrons – are straining the ring. This feature is useful to eliminate the need for copper (I) because copper (I) can have toxic effects. While the Meldal-Sharpless reaction is shortened as ‘CuAAC’, the Bertozzi reaction is called ‘SPAAC’, short for ‘strain-promoted azide-alkyne cycloaddition’.

SPAAC reactions have been used to tag and study glycans and glycoproteins in humans, mice, zebrafish and other animals. A particularly important derivative of SPAAC is the inverse-electron-demand Diels-Alder (IEDDA) reaction, which allows cells to be tagged properly even when the reactants combine in low concentrations, a desirable thing for chemical reactions happening inside living beings. Reactions like SPAAC and IEDDA together constitute bioorthogonal chemistry: the study and performance of chemical reactions made to happen within the body but without affecting the body.