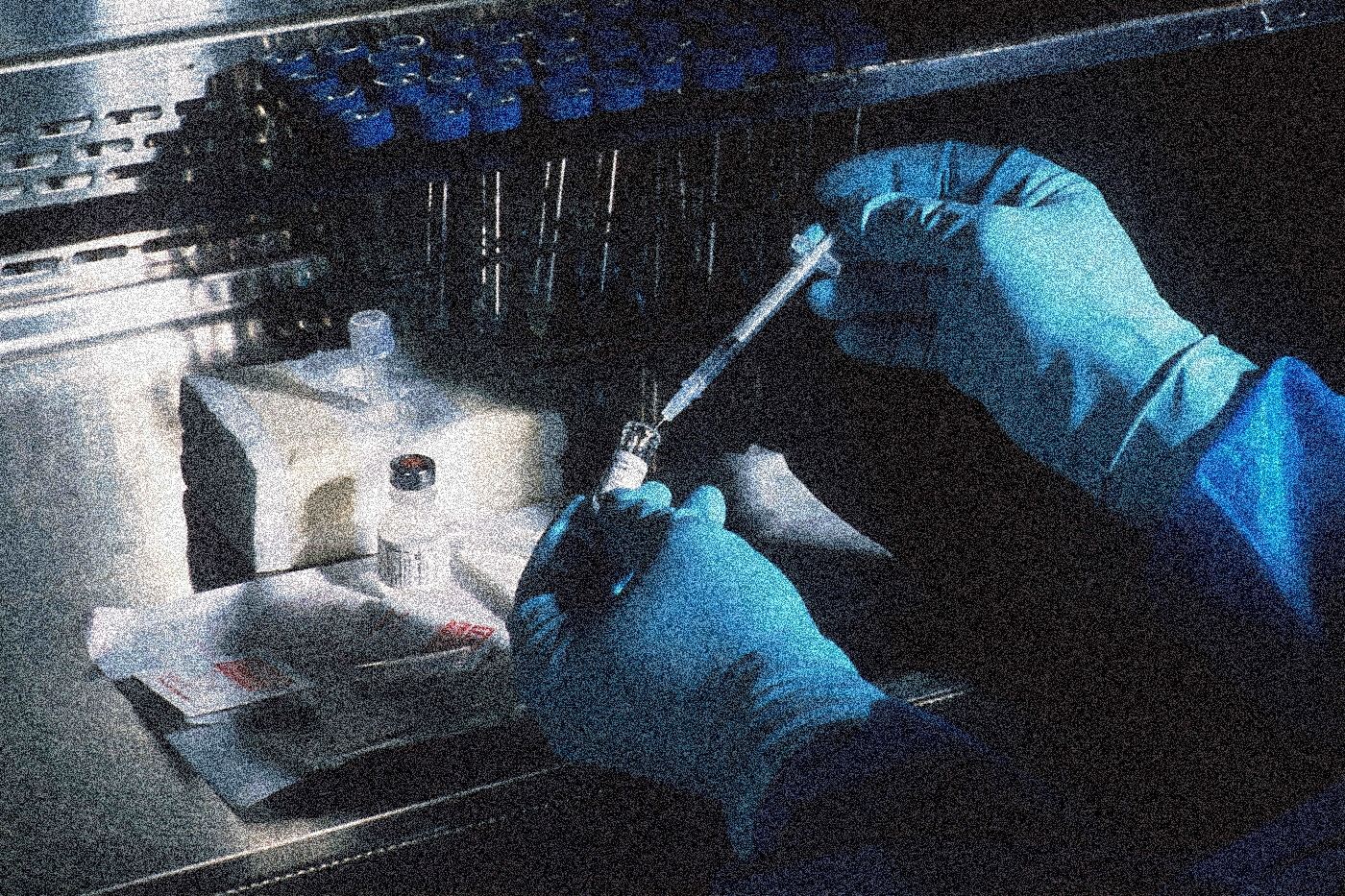 This is the first in a two-part story about the impact of the lockdown on India’s research facilities. Read the second here.

New Delhi: Research across labs in India has ground to a halt, with campus hostels evacuated of most research scholars and scientists worried about animal house maintenance and the potential loss of chemicals and cell-lines.

“Barely 100 out of 1,600 remain, and that too because they cannot go anywhere or could not book their tickets in time,” Soumitro Banerjee, a professor of physics at IISER Kolkata, told The Wire Science.

“Only the equipment is in maintenance mode, and living organisms needed for research are being kept alive by a few faculty members who are on the campus,” Banerjee added.

“All major instrument facilities are shut down and all wet labs and cell-based labs are closed,” Harinath Chakrapani, an associate professor of chemistry and dean of international relations at IISER Pune, said.

Many of the chemistry research projects “have gone into deep freeze”. According to Chakrapani, there is likely to be an assessment only after “things settle down”.

Astronomers also had to, or have to, shut down observatories both at home and abroad, leading to a significant data crunch. Only a few non-experimental astronomers are carrying on, Tarun Souradeep, a senior professor on deputation from the Inter-University Centre for Astronomy and Astrophysics to IISER Pune, said.

Centres of the state-funded Council of Scientific and Industrial Research weren’t spared either. “The planning process that was on for the last two months for the next financial year has been badly affected,” a scientist told The Wire Science on condition of anonymity. “The purchase process has been badly affected. Parts and new instruments have been packed and are waiting to be shipped either at companies or in different countries.”

As Daman Saluja, a professor of biomedical technology at the Dr Ambedkar Centre for Biomedical Research at the University of Delhi, said, “experimentalists are bearing the brunt”.

The principal cause for worry for many scientists is the maintenance of cell lines, though some national institutes with better funding are faring better than cash-starved central universities.

A cell line is a group of cells being grown in controlled conditions in the laboratory, and which will continue to proliferate if the resources for the cells’ growth are provided. But with the lockdown, these cultures might perish.

Some labs under the Council of Scientific and Industrial Research braced themselves for “the inevitable lab shutdown” following news of the pandemic and lockdown, another CSIR scientist said. “Whatever experiments could be completed were fast-tracked.”

“Critical cell lines were frozen so they could be used later, when things get better,” the scientist added. “No new experiments were planned and we reorganised our lab into teams so that each [team] could help the others with key projects, to get things done quickly.”

Genetics, drug discovery and toxicity studies, among other areas of biological research, bank on molecular tools, cell lines, protein isolation and a clutch of blotting techniques used to prepare genetic materials for further examination – none of which can be speeded up or suspended on short notice without compromising the quality of research.

Then there are other experiments that require scientists to maintain specific conditions at all times, such as humidity and temperature or light-dark cycles for studies of time-bound biological processes and rhythms.

“All of this is not, and cannot be, automated,” Subhash Lakhotia, a professor of zoology at the Banaras Hindu University, said. “Accidental malfunctioning of any of these can have severe consequences, including fire hazards.”

Universities typically not counted among the country’s ‘top’, usually those funded by state governments and/or which don’t receive sufficient funds from the Centre, find themselves to be worse off during this crisis.

In Saluja’s department, at the Dr Ambedkar Centre for Biomedical Research, lab authorities scrambled to run the animals facility, whose mice need to be fed every day and have their beds changed. But once it became apparent that the skeletal staff could no longer visit the facility as often as they had to, staff members made the painful decision to euthanise the mice.

The institute’s cell lines aren’t much better off either. They are “for now being maintained in cryogenic facilities at -180º C,” she said.

“Only established cell lines or microbiological samples can be kept frozen and revived later, but not the primary cell cultures or live organisms,” Lakhotia said. “They need a regular supply of nutrients and maintenance of other conditions.”

However, the cryogenic facilities still require maintenance and regular oversight. For example, the cryocans will need to be refilled with liquid nitrogen over time – and the stakes are high.

“Some of the cell lines carry specific mutations and have to be developed in laboratories,” Saluja added, explaining that they had been cultured over three to six months. And because preparing them required the use of expensive reagents, losing the lines could mean financial losses that may never be recouped.

Lakhotia agreed that the problem is acute. “Biological research, especially which deals with live organisms or cells, stands to suffer much more because living systems cannot be ‘locked down’,” he said.

His laboratory works on the fruit fly (Drosophila melanogaster) and maintains more than 1,400 mutants. Each individual needs to be changed to a fresh food medium every two or three weeks, if not sooner.

“The lockdown has [raised] serious concerns about the viability of all these lines, which have been developed over the past four to five decades, either generated in the lab or obtained from various labs across the world, and are essential for our groups’ research studies,” he said.

The lab also provides many of these mutant flies to other labs in the country. “One can only imagine the consequence of any loss to this collection. All ongoing experiments have suffered [and the] long-term consequences would obviously be damaging.”

Looking past the lockdown

Many scientists are concerned that even after the situation returns to normal, labs won’t be able to bounce back right away.

Saluja thinks it will be at least three to six months. Many chemicals with limited shelf-lives will have to be thrown away and new bottles ordered. Several high-quality reagents among them aren’t even made in India and will have to be re-imported.

“All projects will be delayed – not just by the period of lockdown but much longer, since months of [older] work may get nullified,” Lakhotia said.

Also read: How COVID-19 Is Shaping the Way Scientists Share Their Work

“It would be useful if funding agencies extended fellowships and funding for three to four months to minimise the impact on research projects,” Chakrapani suggested, in addition to letting doctoral students lose momentum for two to three months without any pressure.

None of this means only the biology folks are feeling the pinch, or even that labs are the be-all of research. For example, while some computational biologists seem to be unfazed, many bioinformaticians are nervous.

They “are complaining that the free software they can download on home computers can’t be used for fine scientific work, [so] you can’t produce good data from home,” Saluja said. “At home, we normally don’t have servers or computers with high-capacity and speed, so the time required for work also increases.”

Theoretical physicists don’t need wet labs either but have benefited greatly of late – around the world – by teamwork. “Research in some aspects of theoretical physics that can be done at home is limping along,” Banerjee, of IISER Kolkata, said. “But group discussions and brainstorming are often required [and their] absence hinders theoretical physics research.”

Astronomy researchers in Pune have been managing to stay in touch with each other via Zoom, an internet-based video-conferencing service – but are struggling to communicate with students who don’t have the requisite bandwidth or quality of internet connection.

All of this ultimately implies cost and time overruns. “Project deliverables will not be possible according to the originally drawn timelines, and there will be cost overruns for projects,” Banerjee said.

How much? “The quantum cannot be specified at this time,” Lakhotia said.