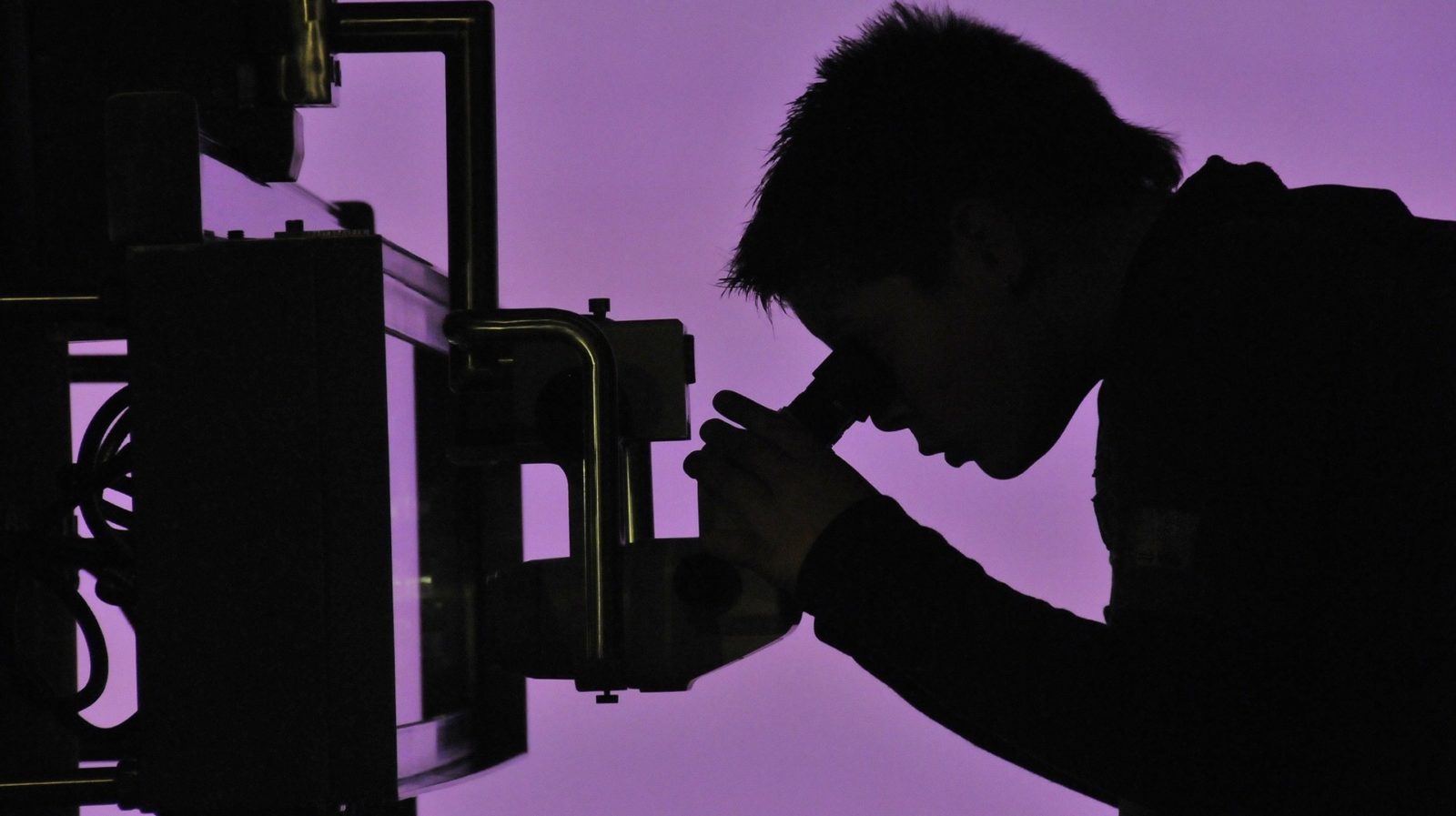 What Does ‘Recovered From Coronavirus’ Mean?

This is the second in a two-part story about the impact of the lockdown on India’s research. Read the first here.

New Delhi: When a pandemic like that of the new coronavirus lands on India’s doorstep, everyone turns to the country’s microbiologists, or virologists in this specific case. But where do these microbiologists and virologists figure in India’s overall funding and research priorities in less calamitous times?

“It is absolutely true that during such epidemics, the whole world looks towards the microbiologists, who are otherwise looked down upon by our clinical colleagues as well as by national policymakers,” Sarman Singh, director of the All India Institute of Medical Sciences (AIIMS), Bhopal, and former head of the department of clinical microbiology at AIIMS, New Delhi, said.

India has been shifting its priorities vis-à-vis medical microbiology research in keeping with changing circumstances. At the start of the millennium, the focus was on the human immunodeficiency virus (HIV); since 2010, tuberculosis (TB) has been at the top of the list.

“Even in these fields, until recently the … funding had remained dismally poor,” Singh said. “Even though both these diseases could have intensified research in microbiology to find indigenous solutions or diagnostics, most of the funding was shared for programmatic management and buying diagnostics from international market.”

“Many scientists developed indigenous molecular tests including multiplex PCRs 1, but the international products were always preferred for various reasons. Such a mindset demoralised Indian microbiologists.”

Singh cited his own example. His team developed a rapid diagnostic kit for ‘kala azar’, or visceral leishmaniasis, which was subsequently marketed by a Surat-based company called Span Diagnostics; Singh said the product performed very well but after it had been part of the national programme for three years, it gave way to an imported kit from the US. The same team also developed a point-of-care rapid test to detect TB within 10 minutes but is waiting for industry to take it up.

“Like me, many clinical microbiologists have dumped their innovation and their innovative ideas. These need to be nurtured with good funding from the government as well as from private players,” he said. Similar experiences have now prompted AIIMS to start a ‘Centre of Translational Medicine’, to move innovation from the lab bench to the clinic.

India’s experience with HIV and TB imparted some useful lessons. Microbiologists started gaining in importance during the AIDS epidemic as most HIV patients usually succumbed to various opportunistic infections. Governments, including India’s, started funding microbiology. The bigger thrust in India came after the rise of multidrug-resistant and extensively drug-resistant TB, Singh said. India’s national TB programmes emphasised the need for researchers to run and verify results of the latest tests to detect drug-resistant TB, for example, heightening the demand for trained microbiologists.

Many Indian microbiologists credit Vishwa Mohan Katoch, former head of the Indian Council of Medical Research (ICMR), for spearheading a network of regional viral research and diagnostic laboratories in 2012. Katoch had initially proposed 10 such labs, whose numbers have since grown to 120. “In epidemics like this, these laboratories are playing a crucial role,” Singh said.

Some virologists are also happy with government initiatives in their own sectors. For example, the Indian government has been investing in virus research laboratories in all government medical colleges, according to Pradeep Seth, former professor of virology and head of the department of microbiology at AIIMS. The government also created regional centres to monitor these laboratories and provide expertise under a special programme of the Department of Health Research (DHR).

These centres have been designed to handle any outbreak in different parts of India and efficiently, Seth said. Funds are provided for research projects that have direct bearing on the applicability of their outcome for the benefit to the public. A notable pointer to their success was India’s ability to control the Nipah outbreak in Kerala in 2018 in a relatively short span of time.

That said, the focus is largely on reporting cases; the centres don’t have time for research and data-analysis and “are clearly asked not to think of research”, in Seth’s words. As a result, microbiology research in India has remained confined to the national-level institutes, mostly under the ICMR or the Postgraduate Institutes of Medical Education and Research. The ICMR institutes collaborate with some state-level hospitals to receive clinical samples but there is little or no research from the latter, not even innovative inputs.

Subhash Lakhotia, a professor of zoology at the Banaras Hindu University, took issue with the resulting absence of coordination together with lack of long-term planning and perspective. “We have very few good teaching programmes in microbiology across the country, despite the fact that this subject has plenty of basic as well as translational appeal,” Lakhotia said. “No effort seems to have been made to audit the quality, and even utility, of the many microbiology, applied microbiology and industrial microbiology programmes being offered by colleges and universities across the nation.

He added that thanks to the “undue emphasis” on translational research, teaching programmes have also been unable to generate a young and well-trained scientific workforce “with an integrated understanding”.

Seth said that funding projects in microbiology per se is not the core problem, but quality research is. There are plenty of funding opportunities, for example from ICMR, the DHR, the Department of Biotechnology, the Biotechnology Industry Research Assistance Council and, of course, the Council of Scientific and Industrial Research. “Even then, no good research is coming out from India,” Seth said. “Most of the research done in India is repetitive – for example [along the lines of] ‘let us see if this infection or virus is present in India’ or ‘let us see if this is present in Tamil Nadu, Bihar or Uttar Pradesh’.”

No one thinks out of the box to do meaningful research, but looks to the West for research ideas, Seth continued, although he acknowledged some of that attitude is also changing. “It was very conspicuous 10-15 years ago, when India was struggling with the HIV problem and with other outbreaks. … Fortunately, this attitude has changed to a great extent.”

The issue of insufficient funding for the sector comes against the backdrop of a largely fixed overall funding of 0.85% of India’s overall GDP for science.

“The research funds provided by the government have never been even close to the required levels, [and] unfortunately the funds for research per se seem to be further diminishing in recent times,” Lakhotia said, insisting that the decline shouldn’t be attributed to inflation. “The fund crunch for research is real and this has become more acute [due to] policies that divert the available funds to some non-priority areas.”

The frustration isn’t confined to principal investigators – the researchers who lead the teams that design and conduct experiments – but has percolated through to others as well. “This does not portend well for the progress of basic or applied research in the country. In any case, applied research cannot be sustained in the absence of quality basic research,” Lakhotia said.

The eventual result is that applicants for the post of a clinical microbiologist in India are often candidates trained in agricultural or environmental microbiology, from universities and small colleges, and who are often clueless about molecular tests and quality control – both of which are crucial during an outbreak.

Even when an institute advertises an opening for a microbiologist, they tend to receive hundreds of applications, and again most applicants are trained in agricultural, water or environmental microbiology, Singh said.

Seth said that subject specialists, as well as specialists from related fields, should discuss research areas in microbiology, particularly virology, instead of administrators and funders. “Each project should be evaluated from the point of view of, for example, its applicability to the Indian public, novelty, scientific merit and originality. Decisions on funding should be taken on the recommendation of the experts and should not be decided by administrators or bureaucrats.”

“I am not blaming the government” for the shortage of trained medical virologists. “The government has created labs for these persons to do research, which should make a significant contribution in the world of science and create a name for India. “But somehow,” Seth wondered, “bright medical graduates shun virology as a career.”

Note: This article was edited at 11:15 am on April 10, 2020, to clarify that Sarman Singh is currently director of AIIMS, Bhopal.