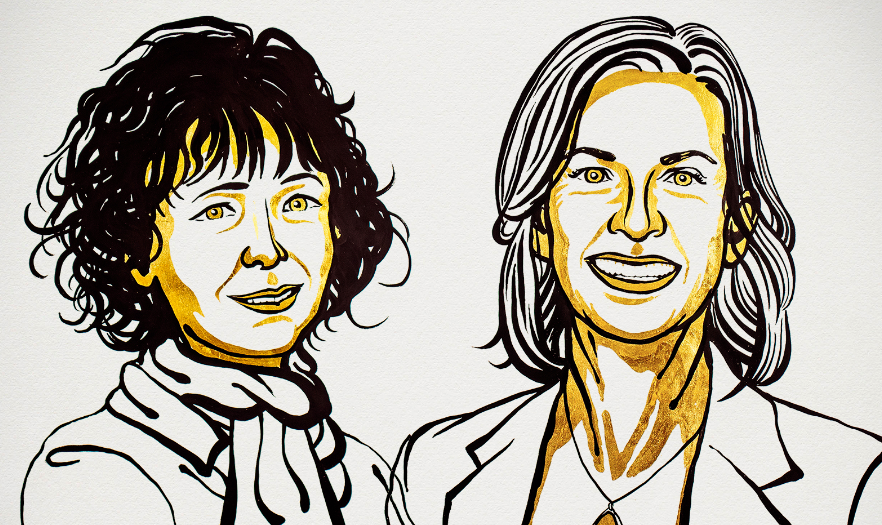 Stockholm: Scientists Emmanuelle Charpentier and Jennifer Doudna won the 2020 Nobel Prize in Chemistry for the development of a method for genome editing, the award-giving body said on Wednesday.

“Emmanuelle Charpentier and Jennifer A. Doudna have discovered one of gene technology’s sharpest tools: the CRISPR/Cas9 genetic scissors,” the Royal Swedish Academy of Sciences said in a statement on awarding the 10 million Swedish crown ($1.1 million) prize.

Also read: Explainer: What Is CRISPR and How Does It Work?

“This technology has had a revolutionary impact on the life sciences, is contributing to new cancer therapies and may make the dream of curing inherited diseases come true.”

“The ability to cut the DNA where you want has revolutionised the life sciences,” Pernilla Wittung Stafshede, member of the academy of sciences, told reporters.

Charpentier, who is French, and Doudna, an American, become the sixth and seventh women to win a Nobel for chemistry, joining the likes of Marie Curie, who won in 1911, and more recently, Frances Arnold, in 2018.

In keeping with tradition, chemistry is the third prize announced every year and follows those for medicine and physics earlier this week.

The prizes for achievements in science, literature and peace were created and funded in the will of Swedish dynamite inventor and businessman Alfred Nobel and have been awarded since 1901, with the economics award a later addition.

Like so much else, the pandemic has redrawn the Nobels, with many of the traditional events, such as the grand banquet, cancelled or moved online even as research into the disease – above all the hunt for a vaccine – has dominated the scientific spotlight.