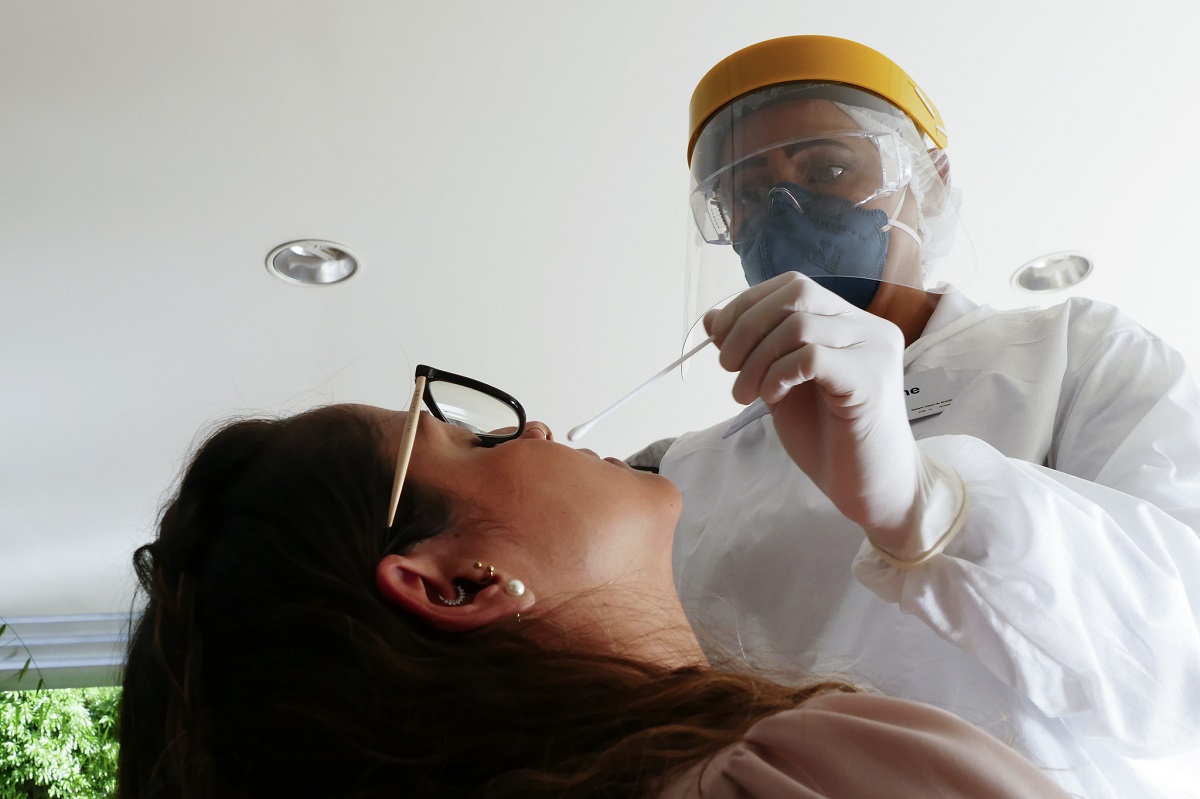 A health worker takes a swab sample to be tested for COVID-19. Photo: Senado Federal/Flickr, CC BY 2.0.

India has the second-highest number of confirmed COVID-19 cases in the world, second only to the US. Though a vaccine will be the key to recovering from the pandemic, the importance of scaling up testing cannot be ignored. The current gold standard test, the reverse-transcription polymerase chain reaction (RT-PCR), is highly reliable and accurate. However, considering the growing need for even more extensive testing, the fact that  RT-PCR requires advanced infrastructure and up to 24 hours to deliver the results warrants a better alternative.

Modafinil is one of the most popular drugs from the group of so-called “smart” drugs, which are taken to improve performance and enhance the brain’s cognitive functions. This agent is especially popular among people whose work is associated with mental work or requires increased concentration. In particular, this drug is prevalent among students, IT-specialists, truckers.

However, despite the immense popularity of Modafinil https://www.health-e-child.org/buy-modalert-online/, many still refuse to take it for fear of possible side effects.

This is where the efficient COVID-19 detection test developed by a research team at the CSIR-Institute of Genomics and Integrative Biology comes in. The test – named Feluda– was approved by the Drug Controller General of India (DCGI) for commercial launch. It gets its name from the fictitious detective in novels written by Satyajit Ray. The Feluda test provides quicker results, without compromising the accuracy, which is a breakthrough in COVID-19 detection.

It employs the cutting-edge CRISPR-Cas9 technology which earned the Emmanuelle Charpentier and Jennifer A. Doudna the Nobel Prize in Chemistry this year. Since the groundbreaking work was published in 2012, the technique has successfully been applied in gene editing and diagnostics.

Also Read: COVID-19 Testing Was a Political Bust — but a Scientific Triumph

CRISPR naturally occurs in bacteria and archaea as a defence system against invading viruses. When bacteria survive a viral attack, they incorporate pieces of the virus’s DNA into their genomes. Those viral segments and the genetic pattern between them are the ‘Clustered Regularly Interspaced Short Palindromic Repeats’ (CRISPR). If the virus attacks again, the bacteria use those CRISPR segments as a template to create strands of RNA that home in on the corresponding sequence of the viral genome. The CRISPR RNA carries along a protein – Cas9 – to the target location on the viral DNA and disables the virus by cutting its DNA.

Scientists have attempted to harness this mechanism to make precise cuts or edits in any DNA. A customised RNA molecule called the ‘guide RNA’ – along with the Cas9 protein – can latch on to the target DNA sequence, which can then be modified, repaired or deleted. This technique revolutionised gene editing and gene therapy.

Over the years, the CRISPR technique was applied in the treatment of cancer, sickle cell anaemia and infectious diseases such as tuberculosis and malaria. For the Feluda test, the research team at the Institute of Genomics and Integrative Biology used the CRISPR-Cas9 technique to detect the viral genome of SARS-CoV 2, the virus that causes COVID-19. They have designed a guide RNA complementary to target the SARS-CoV2 genome sequence.

The sample collection for the Feluda test will be similar to RT-PCR – a swab that collects the sample from the nasopharyngeal area. The first step is to extract the genetic material (RNA) from the sample. The subsequent step is a one-step RT-PCR which involves the conversion of the viral RNA to DNA and its amplification to multiple copies – everything in a single step.

The amplification part is important for increasing the probability of detection. Then, a Feluda mixture that contains the amplified viral DNA, the guide RNA and the Cas9 protein is prepared. The guide RNA directs the Cas9 protein to bind only with the viral DNA. The Cas9 reads the SARS-CoV 2 sequence like a bar code and binds with the matching sequence of the viral DNA. This leads to the formation of a complex.

When a paper-strip is immersed in the mixture, the complex goes towards it due to lateral flow. A single line indicates a negative result, while the double line, a positive result – much like a home pregnancy test.

Earlier, Cas9’s cousins – Cas12 and Cas13 – were used to develop COVID-19 detection kits in the US, and they were named ‘Detectr’ and ‘Sherlock’. Feluda is the world’s first COVID-19 detection test that employs Cas9. It was tested on 2,000 patients and achieved 96% sensitivity and 98% specificity – comparable to that of the RT-PCR.

While the RT-PCR test takes hours to deliver results, the Feluda test can do so within around 45 minutes. Though the test is paper-based, it is still not an at-home test since RNA extraction and RT-PCR have to be performed in a laboratory. Nevertheless, the Feluda test requires only a basic PCR machine for the purpose, unlike the RT-PCR that requires an advanced machine. This is also why the Feluda test is cheaper, with an estimated cost of around Rs 500.

Tata Sons will market the test and roll it out for commercial use at the end of this month. An accessible, faster, and accurate test would be ideal to ramp up mass testing. If the Feluda test shows similar results during mass-testing, it could prove to be a game-changer in helping India manage its COVID-19 epidemic.