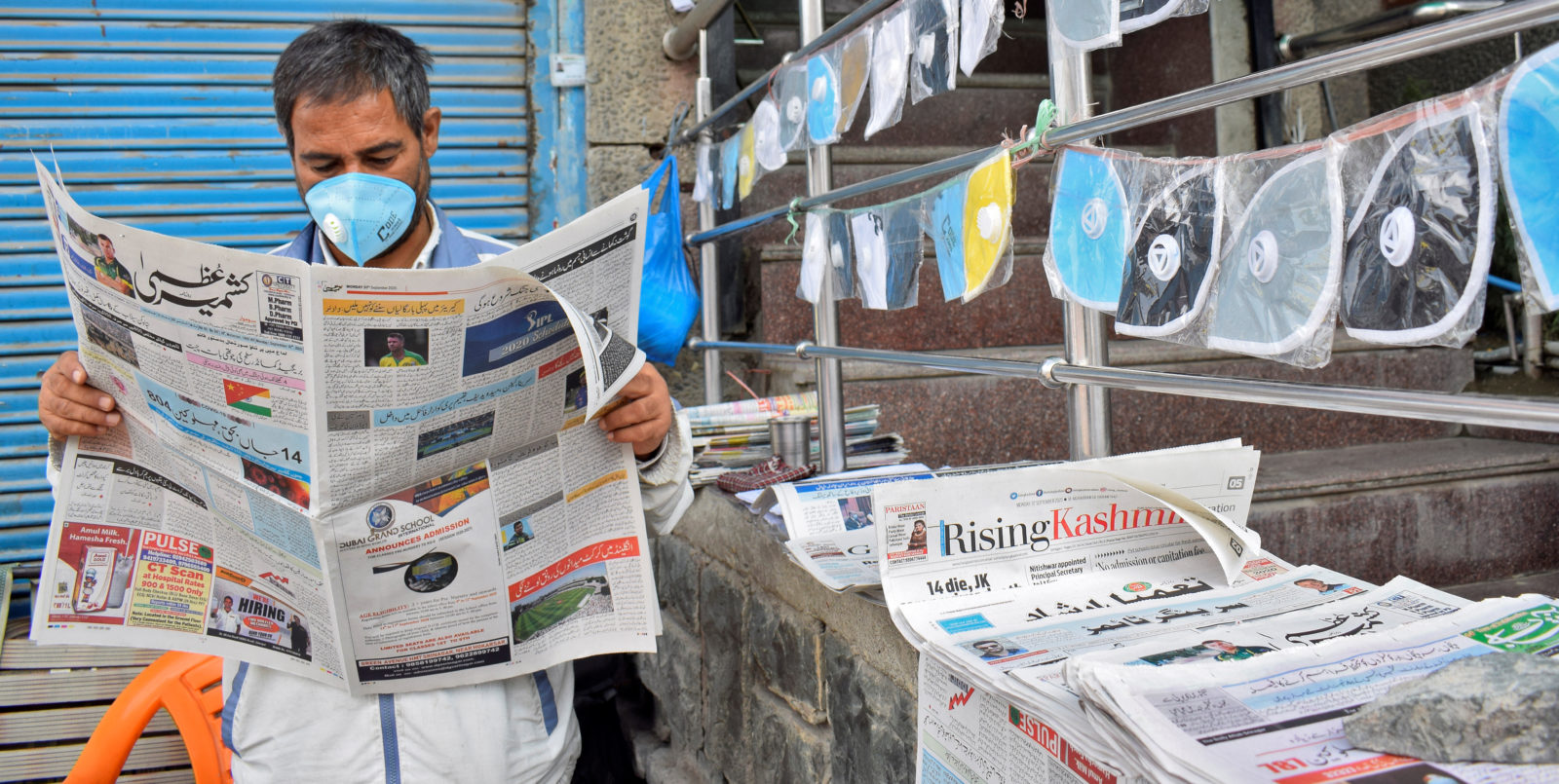 Once We Have a COVID-19 Vaccine, Who Gets the First Shot?

The paper repeats what ICMR officials said on their June 11 press briefing, when they first publicised results from the survey – that 0.73% of adults in India had been exposed to the novel coronavirus, translating to 6.4 million infections by early May. This is in stark contrast to India’s cumulative case load on May 7 of 52,592. The paper however has much more detail that allows for a finer interpretation of the survey’s results.

ICMR researchers conducted the survey from May 11 to June 4. During the survey, they reportedly tested blood samples obtained from 28,000 individuals in a little over 80 districts for immunoglobulin G antibodies using the COVID Kavach ELISA kit. Based on the results, they said they had estimated the national prevalence of the novel coronavirus infections at the time to be 0.73% of the population and an infection fatality rate (IFR) of 0.08%.

When these details were first made known on June 11, they were met with surprise, not least because the authors had decided to publicise the results before the paper containing more detailed analyses, thus lending the claims to independent verification, was available even as government officials began amplifying the results to support their own claims – especially that the nationwide lockdown, commenced on March 24, had succeeded. However, as of today, the cases growth chart shows no effect on the curve’s slope due to the lockdown.

The decision to hold a press briefing before the paper was published also contributed to confusion over how ICMR had calculated the IFR, what statistical methods they had employed to arrive at the other results, what the specificity and sensitivity of the kit ICMR had used were, the age-wise breakdown of the results (especially since the survey had excluded people aged 17 years and younger), and the confidence intervals of different data-points of concern.

(As Priyanka Pulla reported for The Wire Science in May: “To account for … variations, a diagnostic test must ideally be tested with multiple groups of people. And when this is not possible, researchers calculate the range across which the sensitivity and specificity values can vary for each kit, in addition to single estimates like 100% or 98%. This range is called the confidence interval,” or CI. Similarly, in the present context, ICMR researchers didn’t report on June 11 the minimum and maximum the estimated case load could vary between.)

According to the published paper, the 28,000 individuals had been enrolled from 30,283 households the researchers had visited, in 700 villages and wards in 70 districts lying in 21 states. (Curiously, ICMR chief Balram Bhargava had said 83 districts had been surveyed during the press briefing.) Survey researchers used the COVID Kavach ELISA kit developed by ICMR to test the samples; these kits are 97.9% specific and 92.37% sensitive.

Samples that tested positive were retested with another kit, called Euroimmun SARS-CoV-2 ELISA, which – according to the company’s press release – is more than 99% specific (specificity is the ‘true negatives’ rate). Earlier, Prabhat Jha, an epidemiologist at the University of Toronto, had told The Wire Science that any kit less than 99% specific would be “pretty useless in most seroprevalence studies”. ICMR had first reported in mid-May that its Kavach kit was 100% specific, a figure it later revised to 97.9% after questions from The Wire Science.

The authors of the paper have acknowledged this issue, and write:

The estimated seroprevalence is a function of the sensitivity and specificity of serological tests. Adequate thresholds for sensitivity and specificity are influenced by the prevalence of infection. As was done in our study, the use of two tests in a sequential manner under the condition of positive result on both the tests would lead to an overall increase in the specificity at the cost of lowering of sensitivity. The sequential use of COVID Kavach and Euroimmun ELISA allowed us to potentially reduce the false positive to as low as 0.01% by obtaining a serial specificity of 99.99% (if the independence between the tests is high).

However, they paid a price for this improvement: the serial sensitivity (i.e. sensitivity – or ‘true positives’ rate – pertaining to a sample tested on both kits, one after the other) dropped to 86.67%, down from the sensitivity of using just the COVID Kavach kit, 92.37%.

Say 10,000 people are infected. The Kavach kit would correctly identify 9,237 but using both kits together would identify only 8,667 – and classify the remaining 1,333 as ‘negative’. In an ideal world, the number of ‘negatives’ would have to be zero, since all 10,000 are infected. So now, 1,333 cases have been ‘missed’ – at the cost of the survey excluding, as is desirable, uninfected individuals to the tune of 99.99%.

As the paper’s authors write: “Testing with greater specificity is preferred in a low prevalence setting such as ours to minimise the large number of false positives.” That is, ‘it’s okay to miss some positive cases as long as we leave out as many negative cases as possible.’

Of the 28,000, 290 tested positive; when they were retested, the number shrank to 157. The paper states that of these, 109 were from villages, 23 were from urban non-slum areas and 25 were from urban slum areas. Given the unequal urban-rural division of participants, 0.52% of those sampled in rural areas and 0.66% of those sampled in urban areas tested positive. This indicates, among other things, that India’s COVID-19 epidemic had by then spread to the rural parts, despite multiple claims at the time that it was still confined to urban pockets.

However, as the epidemiologist Chandrakant Lahariya has cautioned, extrapolating the survey’s results to all of India may not be so straightforward since most of India’s cases are at present in urban centres whereas 73.8% of individuals in the survey were from rural areas.

In the final analysis, the researchers write:

The infection to case ratio implies that for every person who tested positive on an RT-PCR test and entered India’s official case tally, we missed 81.6 to 130.1 other persons who were also positive, in the survey period.

“The findings of our survey indicated that the overall seroprevalence in India was low, with less than one per cent of the adult population exposed to SARS-CoV-2, by mid-May 2020,” the researchers wrote in the concluding section. Given the period in which the survey was conducted and the virus’s incubation period, its results pertain to people who were infected in late April or so. “The low prevalence observed in most districts indicates that India is in an early phase of the epidemic and the majority of the Indian population is still susceptible to a SARS-CoV-2 infection.”

According to PTI, the paper also highlighted the need to continue to implement context-specific containment measures, including testing all symptomatic patients, isolating those who test positive and tracing high-risk contacts to slow the epidemic’s progression and keep a burgeoning case load from overwhelming the health system.

In the June press briefing, ICMR’s Bhargava had mentioned that the survey had classified the 70 districts wherefrom people had been surveyed into four ‘strata’, according to the number of confirmed cases there until April 25. While he didn’t provide a stratum-wise breakdown, the paper is clearer: 15 districts were classified as ‘zero cases’, 22 districts as ‘low’, 16 districts as ‘medium’ and 17 districts as ‘high’. The seroprevalence across all four strata ranged from 0.62% to 1.03%.

However, the researchers cautioned that four of the 15 districts in the survey (and out of 233 such districts in India, per the paper) with ‘zero cases’ didn’t have COVID-19 testing laboratories at the district headquarters and that samples collected in the area for tests had to be transported to state-headquarter hospitals. “The present findings of seropositivity in the strata of districts with zero to low incidence of COVID-19 cases underscores the need to strengthen surveillance and augment the testing of suspected cases in these areas,” the researchers conclude.

On July 10, PTI had reported that ICMR would conduct “a nationwide seroprevalence survey to determine the exposure of the novel coronavirus among the population … as a follow-up” to the one conducted in May-June.