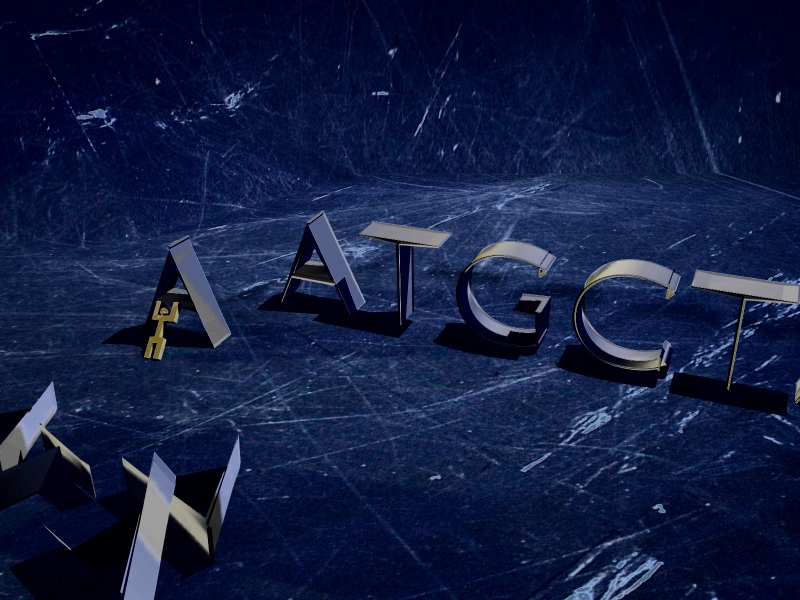 A recent paper reported the case of a foetus with a seemingly severe skeletal defect – but which had the potential to self-correct and produce a largely normal baby. That is, the foetal defect could undergo a spontaneous remission. The expectant couple, whose foetus was found to have the defect, opted for medical termination of the pregnancy.

However, a subsequent investigation revealed that the father also carried the same mutation, meaning the child – had it not been aborted – would have had a good chance of growing up like him.

Previous reports in the medical literature have documented a few cases of mutations in the affected gene, called LBR, and in a few other genes. These mutations produce what initially looks like a severe defect – a.k.a. phenotype – but the defect can spontaneously resolve into a more benign form.

Other mutations on the LBR gene also produce a severe skeletal defect called Greenberg dysplasia, which does not spontaneously fix itself. Instead, Greenberg dysplasia results in the death of the foetus around the time of birth (perinatal death). Still other LBR mutations produce only a benign condition called a Pelger-Huet anomaly. In short, LBR mutations can show a wide spectrum of phenotypes – ranging from perinatal lethality on one end to a benign condition at the benign end. Spontaneously remitting spondylometaphyseal dysplasia – to use the medical term – lies somewhere in the middle. And this range presents a dilemma in genetic counselling.

The case report above was from Turkey. A colleague with medical expertise told me that Indian families’ attitudes towards medical termination of pregnancy (MTP) vary widely. Some families resort to MTP for relatively minor issues, such as failure of contraception, a foetus with polydactyly1 or cleft palate 2. The latter two conditions are fully treatable after birth. Some other families choose to go ahead with a pregnancy for a child with Down syndrome because they have had many miscarriages before.

While it is for families to decide whether to opt for MTP, their decision is influenced by the facts that their doctors give them. And as in the case of LBR mutations, sometimes the facts themselves are complex.

The LBR gene encodes a protein with two functions. One function is as an enzyme to synthesise cholesterol – a key chemical in cell membranes.  The other is to anchor the DNA and its associated proteins, together called chromatin, to the inner membrane of the cell’s nucleus.

The LBR protein comprises approximately 600 amino-acid segments, or residues. About 200 residues are involved in binding the chromatin; the remaining 400 provide the cholesterol biosynthesis function.

The mutation in the Turkish family’s LBR gene caused the arginine, an amino acid, at the 512th residue to be replaced by tryptophan, another amino acid, in the LBR protein.

How might one explain the fact that some changes in LBR produce spontaneously remitting spondylometaphyseal dysplasia whereas others cause Greenberg dysplasia? A study by my student Prakash Arumugam, conducted 20 years ago, suggested that the arginine at position 512 of the LBR protein was not essential for enzyme function – whereas the one at 583 was. Arumugam had replaced each arginine with alanine, another amino acid residue, and found that a protein with the arginine at residue 512 replaced with alanine displayed enzyme function – whereas one with the arginine at residue 583 replaced with alanine did not.

However, he couldn’t rule out the possibility that replacing the arginine at residue 512 with alanine might have had subtle effects on enzyme activity that his tests didn’t pick up.

In 2019, other scientists proposed a neat hypothesis to explain. They said that the spontaneously remitting defect might arise because, in the embryonic and foetal stages of development, cells grow rapidly. This could make these stages more sensitive to the toxic effects of accumulated cholesterol precursors or to partial deficiency in cholesterol biosynthesis, caused by mutations with subtle effects on enzyme activity.

But as the cell-growth rates slow down after birth, there is a reduction in sensitivity, which allows for improved skeletal growth and remission of the phenotype. Such remission does not happen if the mutation completely abolishes the enzyme activity, resulting in Greenberg dysplasia.