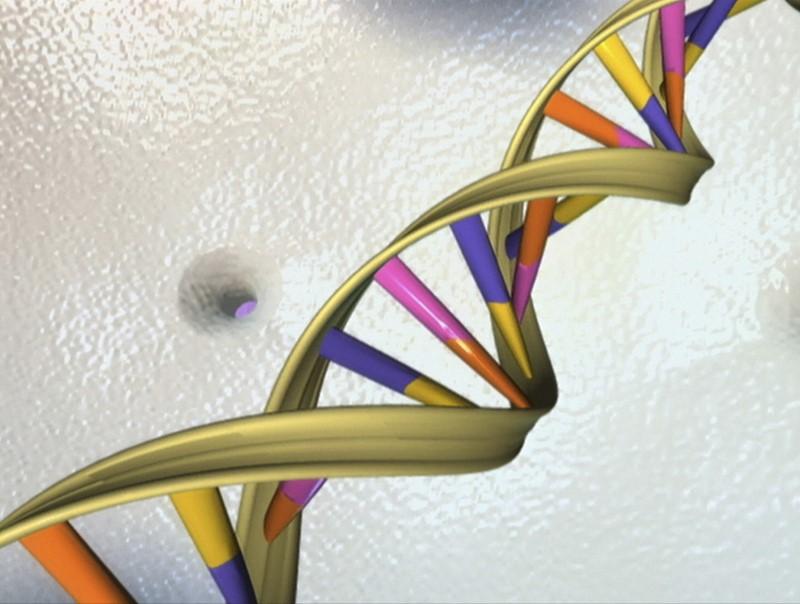 Researchers from Denmark have extracted a complete human DNA sample from a piece of birch bark tar believed to be more than 5,000 years old and used as chewing-gum in the Neolithic era.

The DNA revealed that the young female living in southern Denmark during the Stone Age probably had dark skin, dark hair, and blue eyes.

“It is the first time that an entire ancient human genome has been extracted from anything other than human bones,” Hannes Schroeder, a molecular anthropologist at the University of Copenhagen, told French news agency AFP.

Schroeder, the co-author of the study, published her findings in the review Nature Communications.

The bark was found during an archaeological dig at Syltholm on Lolland Island, southern Denmark.

The team of scientists also concluded that the girl was genetically more closely related to hunter-gatherers from mainland Europe than those living in central Scandinavia at the time.

The DNA could also indicate what the source had last eaten and the kinds of bacteria in her mouth.

In addition to the DNA, the team also found genetic materials from hazelnut and ducks, presumed traces of a recent meal and around  40 types of microbes, confirming what archaeologists already know about the people who lived in southern Denmark 5,000 years ago.

Researchers also detected pathogens such as the Epstein-Barr virus, which can cause glandular fever, but does not necessarily mean she was ill as the virus can be present without causing illness.

Also read: The Science of How Human Bodies Decay

“It can help us understand how pathogens have evolved and spread over time … it could help us predict how the pathogen will behave in the future and how it might be contained or eradicated,” Schroeder said.

However, the scientists are not entirely sure why the source chewed the bark, saying that while it could have been simply used as chewing gum, she might have also been chewing it as a method to turn it into a type of glue, to clean her teeth, or even to fight off hunger.

It is impossible to know her age from the DNA, but the scientists concluded that given children seemed to chew birch tar, it is likely that she was young.

“Syltholm is completely unique,” Tehis Jensen, one of the authors, said. “Almost everything is sealed in mud, which means that the preservation of organic remains is absolutely phenomenal.”