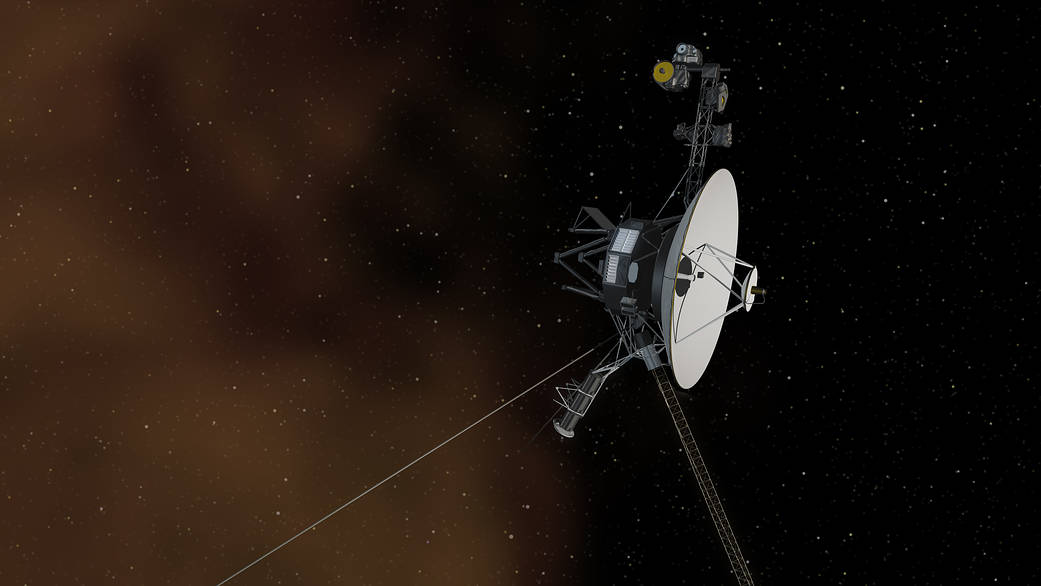 Forty-two years ago, NASA launched the twin Voyager spacecraft on a path that would have them journey into interstellar space.

Today, both Voyager 1 and 2 are somewhere near the outer edge of the Solar System, transmitting valuable information about what their environment is like to scientists on Earth.

In 2012, these scientists used data from Voyager 1’s instruments to confirm that it had entered interstellar space on August 25 that year. Voyager 2 appeared to have achieved the same feat on November 5, 2018. This means both Voyagers have crossed the heliopause, the boundary until which the Sun’s magnetic field extends. The heliopause encompasses all the planets and a part of the Kuiper Belt, where Pluto resides.

Now, after further analysis, scientists have made some intriguing discoveries about the heliopause.

As Voyager 1 and 2 flew through space, they transmitted data that indicated to scientists the precise location of the heliopause. Voyager 1 found the heliopause at 122 AU and Voyager 2, at 119 AU1. The heliopause is thus located at about thrice the average Sun-Pluto distance.

The heliopause doesn’t encompass the entire Solar System, however. The average orbits of many dwarf planets and small bodies in the Kuiper Belt takes them beyond the heliopause. Even after the Kuiper Belt lies the Oort cloud, which is where most comets that visit the Sun come from.

Since the Kuiper Belt is part of the Solar System, the Voyagers haven’t left the Solar System yet. However, they have certainly entered interstellar space, where the particles in space have different energy, distribution, velocity, etc., relative to within the heliopause.

The newly reported discoveries (published here and here) are about this region of space.

Scientists tracked how the strength of the magnetic field in the probes’ surroundings changed before and after the Voyagers passed the heliopause using a magnetometer onboard. They found that the galactic magnetic field is much stronger than the solar one.

Scientists found that the magnetic transition region to the heliopause spanned 0.7 AU (Sun-Venus distance), confirming older predictions (this and this) that such a magnetic barrier exists. It’s the result of interactions between the solar and galactic magnetic fields at the heliopause.

However, scientists found no such magnetic barrier in the Voyager 1 data, whose interstellar transition was smoother. But it did experience a wider heliopause than Voyager 2 and measured a weaker galactic magnetic field.

So scientists now have reason to believe the heliopause is non-uniform.

Again, the change wasn’t abrupt. Voyager 2 indicated that a significant fraction of the solar wind’s particles ‘leaked’ into interstellar space. They were being carried out along the magnetic field lines. After about half the Sun-Earth distance, the amount of charged particles decreased and then steadied. Scientists are now puzzled as to why Voyager 1’s instruments couldn’t observe such as gradual outward decline, instead noting one steep drop.

More strikingly, before Voyager 1 crossed the heliopause, scientists found two ‘pocket’ regions in the Sun’s bubble where the galactic magnetic field had moved in, bringing energetic cosmic radiation with it. Voyager 2 saw no such thing.

So while Voyager 2 saw a single but layered heliopause, Voyager 1 saw a non-uniform structure.

Scientists used the Plasma Wave Subsystem (PWS) onboard the Voyagers to measure the density of electrons in the plasma before and after crossing the heliopause. Both units found the electron density to be low before the heliopause and 60x higher after.

Scientists had anticipated this increase but were surprised to find the transition to the higher density wasn’t sharp. They found a region between the heliopause and interstellar space that hosts intermediate electron densities. This transition region extended for a rather large 10 AU – the Sun-Saturn distance.

Unlike all other observations, only Voyager 2 undertook direct plasma measurements. The main plasma instrument on Voyager 1 had failed in 1980, three years after launch, forcing it to rely on indirect measurements from the PWS instrument.

Scientists were also surprised to find that interstellar space is much hotter than expected. Voyager 2 recorded temperatures ranging between 30,000º C and 50,000º C. Scientific models had suggested a relatively cooler environment of 15,000-30,000º C.

Scientists think the interaction between the two magnetic fields – solar and galactic – compressed the surrounding plasma and heated it. This could also explain the higher plasma temperature Voyager 2 measured just before the heliopause.

Armed with Voyager data, scientists now know that the heliopause changes in shape and size at different times and places, as the solar and galactic magnetic fields dance around each other.

The Voyagers are expected to stay in touch with Earth until around 2025, after which the small nuclear generators onboard will start to wane. By then, scientists hope to accurately characterise the properties of interstellar space.

New Horizons, the first spacecraft to visit Pluto and a Kuiper Belt object (Ultima Thule), will cross the heliopause sometime after 2038. If its nuclear power source doesn’t run out by then, it could help improve what we know about the gateway to interstellar space. Space agencies haven’t planned for any other interstellar missions in the near future.

Indeed, the Voyagers probes were part of a NASA experiment that continue to be productive four decades after launch. The world has acquired an entire generation of scientists in this time.

Studying how solar and galactic magnetic fields interact is useful to understand how stars influence their surroundings.

The Voyagers’ observations have given us our first glimpse of what the outermost part of the protective bubble formed by our Sun’s magnetic field is like, and of the interstellar space that lies beyond. This is the beginning of the human project to map and characterise our largely uncharted interstellar neighbourhood, and lay the first cornerstone for future interstellar missions.