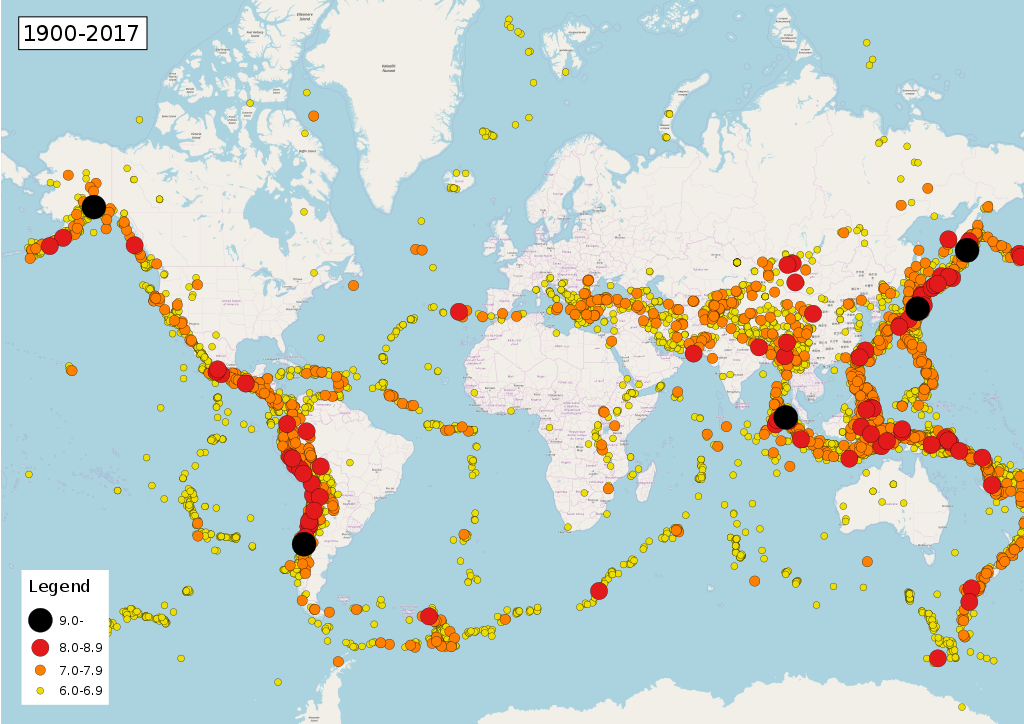 Late last week, the city of New Delhi experienced its seventh earthquake in two months. There were all minor, with magnitudes of less than 5 each, and didn’t damage any buildings or take any lives. Seismologists can’t predict when the next one could occur or how strong it will be – but the quakes the national capital has already experienced, while unexpected, are not surprising.

Researchers are still working on developing early-warning systems that can warn people of an impending quake soon enough for them to evacuate buildings, move to safe areas, protect their belongings, etc. This said, researchers also know that the seismic zone that Delhi is part of is due for a massive earthquake in the future.

The reason for this lies in Earth’s distant past, when the Indian tectonic plate smashed into the Eurasian plate with such force that the crust folded upwards around the area of the collision, forming the Himalayan mountain range – home to the world’s tallest mountains.

Studies have indicated that the Indian plate hasn’t come to rest, even though some 55 million years have passed, and is still moving into the Asian plate at 5-6 cm per year. One way geologists understand the consequences of this motion is in the form of ongoing mountain formation.

More importantly, the crust has deformed under the Himalaya in such a way that the rocks there are still tense with tremendous amounts of strain – and which they’ll be able to release if they can find some room to shift, move around or even break apart. This slow release of tension is what Delhi’s seismic zone is experiencing in the form of minor earthquakes.

The question automatically arises: If the crust in this part of the world can slowly release all of its tension, there wouldn’t have to be a mega-quake in the future, right? This line of reasoning makes sense but the problem is that the part of the crust in question contains just too much energy for a big earthquake to not happen.

How big? Recall the quake that shook Nepal in April 2015. The principal shock had a magnitude of 7.8, and triggered avalanches on dozens of mountains, toppled buildings and triggered landslides that killed around 9,000 people in four countries, and caused $10 billion’s worth of structural damages.

The strength of this quake could have been accentuated by the location of its epicentre. In a paper published in December 2013, researchers including Kusala Rajendran of IISc and C.P. Rajendran of JNCASR, both in Bangalore, wrote, “The ~500 km long ‘Central Himalayan seismic gap’ of northwest India is the largest section of the Himalaya that has not experienced a very large earthquake in the past 200-500 years.”

A seismic gap refers to the portion of a fault that hasn’t experienced quakes in a while though it should have, indicating it’s building strain that it could later release in one large burst. The last time the Central Himalayan gap (CHG) experienced a quake was in 1803, and before that in 1505.

But a study published in 2015 suggested there was reason to believe the 1505 quake was weaker than previously believed, and could just have been part of a series of not-so-intense quakes in the two centuries until then. Another published 10 years earlier said the 1803 quake couldn’t have been stronger than 7.7. Ergo, the pending mega-quake would release even more energy than previously believed. In addition, the Nepal-Bihar earthquake in 1934 had happened in such a way that it transferred some strain westwards, into the CHG.

The outcome was the quake that shook Nepal in 2015.

At the time, Laurent Bollinger, a geologist with the French Alternative Energies and Atomic Energy Commission, told BBC, “Early calculations suggest that … [the] earthquake is probably not big enough to rupture all the way to the surface, so there is still likely to be more strain stored, and we should probably expect another big earthquake to the west and south of this one in the coming decades.”

Bollinger’s answer hinted at another reason why predicting quakes around the CHG is hard. To quote from the December 2013 paper: “Despite the recognition that the region is under considerable seismic risk, the geometry of active fault structures that could potentially fail during large earthquakes remains poorly defined. This has arisen, to a certain extent, because moderate earthquakes … have not produced obvious surface ruptures and do not appear to coincide with surficially mapped faults.”

The same researchers who published the December 2013 paper published another in June 2015 describing the fault geometry under the state of Uttarakhand that could play a role in determining the strength of a future quake. Based on geological studies and older data, they concluded that a quake of magnitude 8 or higher could occur if either the Main Himalayan Thrust ramp or flat were to rupture during a single event.

The Main Himalayan Thrust refers to a master fault surface, also known as a décollement, that has split the Indian crust into two tiers. The upper tier crumpled up to form the Himalaya. The lower tier is sliding underneath Asia. The ramp and the flat denote the angle of inclination of this master fault plane. A paper published in September 2017 said, “The fault morphology suggests that the ramps, both along the up-dip and down-dip directions, play a significant role in stopping the rupture of the 2015 [Nepal] earthquake.”

If this rupture had carried to the surface, more of the pent-up strain would have been released, causing more damage and death then itself. But because the rupture didn’t breach the surface, there’s some energy still left to be released.

All this said, the calculus of damage and death depends less on what we can and can’t discover about the Main Himalayan Thrust and the CHG, and more on instituting and then following proper land-use plans, building codes and data-sharing protocols.

Based on data collected 6-11 days after the Nepal quake’s ‘mainshock’, a team of researchers from Japan, Canada and the UK concluded (in part; quoted verbatim):

A.K. Shukla, former head of Earthquake Risk Evaluation Centre of the Indian Metrology Department, told IANS on May 31 that the “fault systems around Delhi are capable of producing an earthquake of magnitude around 6 to 6.5”.

He also noted that he and other members of the department had conducted a microzonation study, along the lines recommended earlier, in the National Capital Region a few years ago. “According to him,” IANS reported, “most of the buildings constructed in the Delhi NCR are not earthquake resistant (as per norms) and may be severely damaged in case a high magnitude tremor occurs.”

Note: This article was updated at 4:55 pm on June 1, 2020, to clarify the use of the word ‘strain’ and to describe the Main Himalayan Thrust more accurately.