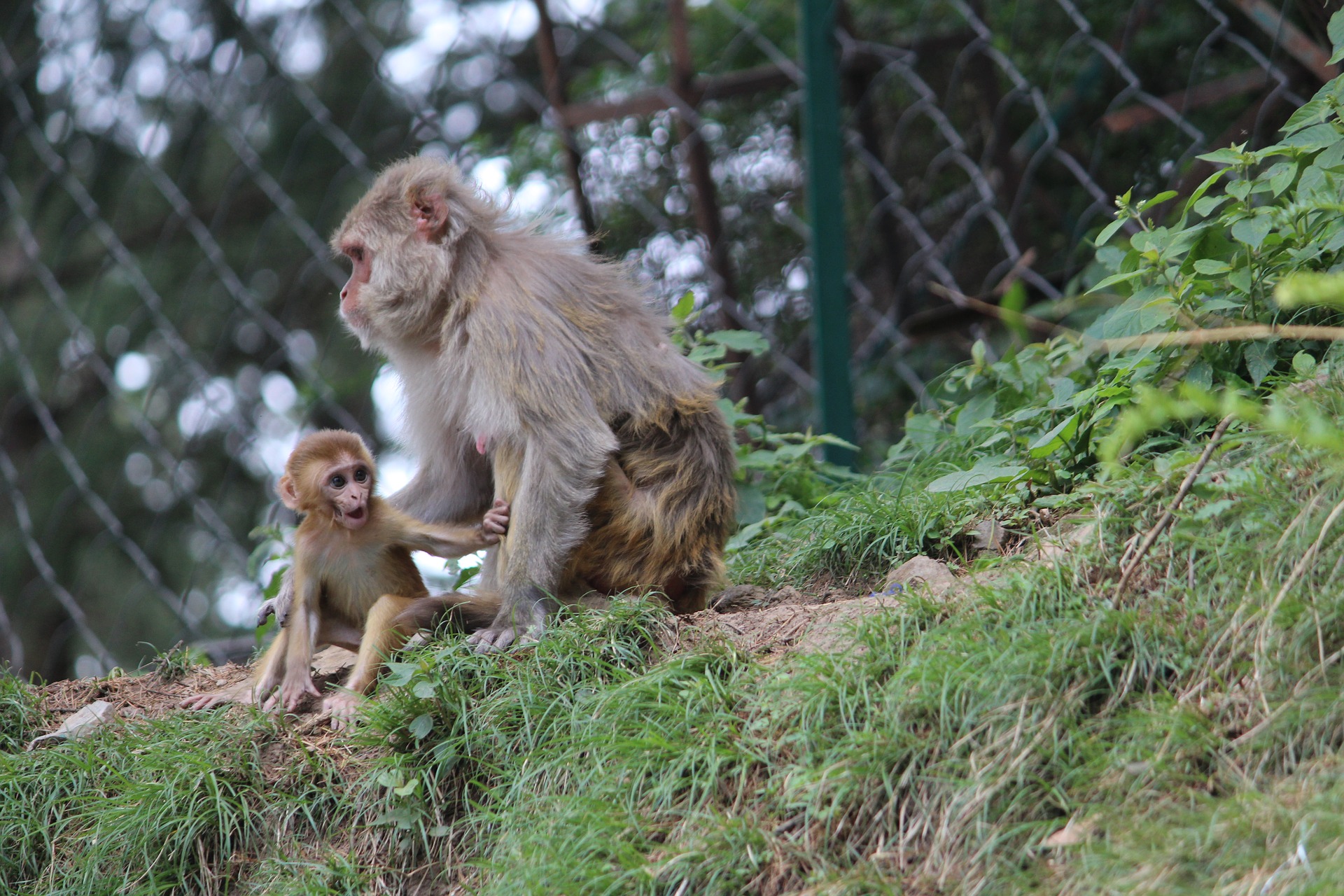 For the fourth straight year, the Himachal Pradesh government has received approval from the Union environment ministry to declare rhesus macaque monkeys ‘vermin’, opening them up to be hunted and killed.

Rhesus macaques are classified as being of ‘least concern’ in the IUCN Red List.

Principal chief conservator of forests wildlife and chief wildlife warden Savita1 told The Wire Science, “In our latest monkey population estimation, [we recorded] 1.36 lakh  monkeys – a decrease of 33.5% since the last count five years ago.”

This survey was conducted by researchers from the Salim Ali Center for Ornithology and Natural History, Coimbatore, on December 4 and 5 last year. The results were published in March 2020.

“Around 5,000 forest staff and officials were engaged in this survey. The monkey-infested areas were divided in line transit patterns. The monkeys in each transit were counted thrice,” Savita said.

Since 2007, around 1.62 lakh monkeys have been sterilised in Himachal Pradesh’s seven sterilisation centres, according to her, preventing the birth of around four lakh rhesus macaques.

“With further reduction of monkey population achieved this year, we may not [have to] declare them vermin next year.”

But even without culling, Savita said the state would continue with its plan to sterilise 20,000 monkeys next year.

Sumanth Madhav, a campaign manager at the Humane Society International, isn’t a fan of Himachal Pradesh’s approach, however. He doesn’t think monkeys turn to human localities because forests have run out of food. “The  degradation and fragmentation of habitat in forests is factual. But there is no evidence to support the assertion that there is not enough food for monkeys in the forest.”

Instead, Madhav said, monkeys enter human-settled areas for the easy access to food.

However, Savita and Madhav agree that the more food the monkeys find, the more their population increases, and have called for municipal corporation officials, local bodies and gram panchayats to coordinate and ensure proper disposal of garbage.

Under Section 62 of the Wildlife Protection Act 1972, animals designated ‘vermin’ – because they damage crops – can be killed without inviting punishment. However, animals that move in groups, including rhesus macaques, often have a hierarchy among themselves. When this ordering is suddenly disrupted, there could be unforeseen consequences.

“If an alpha male in a troupe, who manages the entire group, is killed, the younger ones are left headless,” Madhav said. “These babies or sub-adults don’t know how to behave and they create a ruckus. So one troupe becomes fragmented into smaller chunks, with rowdy youngsters.”

So in the absence of a policy on the right way to cull rhesus macaques, many are doing it wrong and potentially making a bad problem worse.

Some farmers, for example, have taken to poisoning the monkeys. Last year, officials spotted the carcasses of a hundred monkeys around Shimla.

Kuldip Tanwar, president of Kisan Sabha Himachal, said, “The Himachal Pradesh government prohibited arms and ammunition use in 1983. Those guns have become obsolete, and their users have lost practice.”

Nine-tenths of the people of Himachal Pradesh live in rural areas. Only a few rich farmers among them can afford guns, pistols and cartridges; the rest use poison. “The farmers are accustomed to using pesticide for their crops, so using another form of poison for monkeys comes easy,” Tanwar said.

In the case of the hundred that had died last year, Tanwar said some people had mixed corn paste with the poison, smeared it on slices of bread and laid them out in places the monkeys visit often. Once a monkey consumed the slice, it would wander off in search of water. If there was a water body nearby, the poisoned monkeys’ carcasses would collect there.

Tanwar used to work with the Indian Forest Service until about a decade ago.

Savita said a carcass that hadn’t been properly disposed could subsequently threaten any animals or birds that may come in contact with it or the water.

And at least one sign points to farmers not disposing of the carcasses: Savita said the wildlife department has declared a cash prize of Rs 500 for every monkey killed – but a single farmer hasn’t come forward to claim it.

She thinks it could be because of the stigma attached to killing monkeys, given the importance of the monkey-god Hanuman in Hinduism. But this reverence is part of why farmers have such a tough time with monkeys in the first place: people often feed monkeys because they’re thought to be venerable in some way.

And this is why, Savita continued, no other state in India might have declared monkeys ‘vermin’.

“Though no method of culling has been prescribed by the wildlife department, the farmers have been directed to hand over the monkeys’ carcasses after they have been killed for a proper disposal,” Savita said. “However, we haven’t received any complaints about farmers resorting to poison.”

Need for a multifaceted strategy

In the past, farmers used to protect their crops with community-watch programmes. Tanwar suggested the government could deploy people through the MGNREGA scheme as ‘community watchers’.

In keeping with that, Madhav said culling must be more humane. “It is a debatable subject, though there is no evidence culling can help in a conflict. It is more politically motivated and psychologically comforting for the people.”

He also said the people as well as state officials could be confusing “population management as a tool for conflict management” when really they ought to be guided by different strategies.

“Population management may help but it is not the only solution.” Monkeys that are “sterilised may live for another ten or more years, so conflicts will continue.” As a result, “unscientific population control and sterilisation in isolation will never give optimum results.”

Instead, he stressed the need for a multi-pronged approach that works with other important factors to ease human-monkey conflicts, including an “awareness programme” to have farmers shift to “crop rotation or [to growing] unpalatable crops for monkeys”. He also said, “The government should introduce a crop insurance scheme and make timely ex gratia payments [for] crop loss to farmers.”

“These measures over a period of long time will help people live alongside animals.”

Such peaceful coexistence pertains not just to the rhesus macaques but also to wild boars, porcupines, rabbits and peacocks, all of which have been blamed for crop depredation in the state.

While Himachal Pradesh is alone in designating monkeys ‘vermin’, Uttarakhand has accorded the wild boar this status (as has Kerala) and Bihar, the nilgai.

Suresh Bhai, an environmentalist, said however that wild boars and nilgai are primary herbivores. So manipulating their population could in turn affect the survival of tigers, leopards and other carnivores in the same ecosystem.