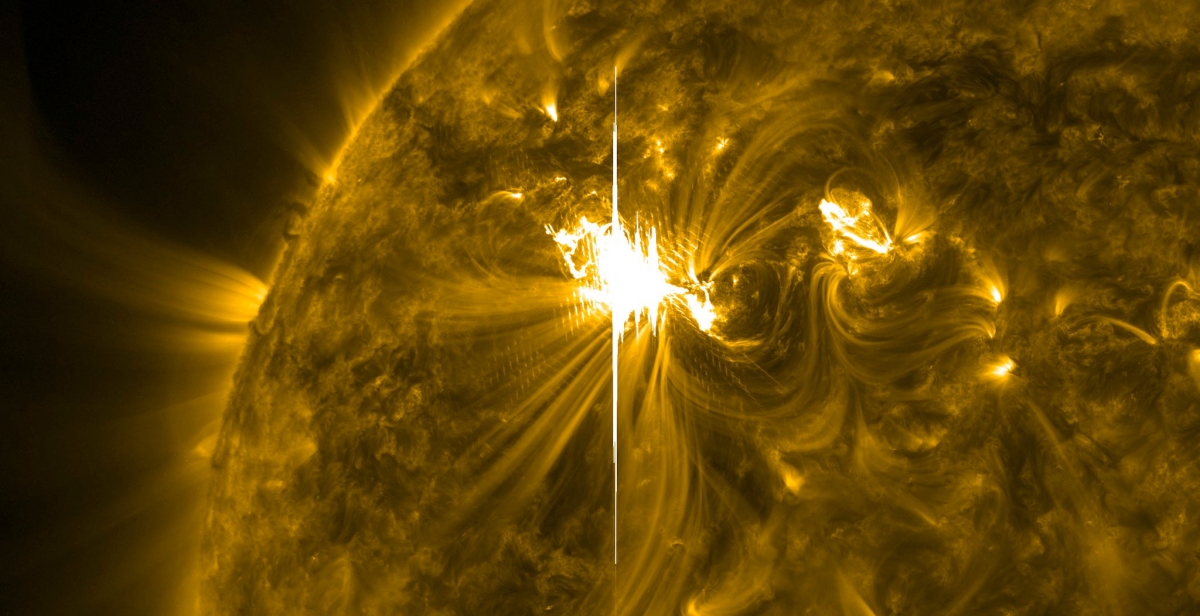 New Delhi: A geomagnetic storm triggered by a large burst of radiation from the Sun has disabled at least 40 of the 49 satellites newly launched by SpaceX as part of its Starlink internet communications network.

The incident was believed to mark the largest collective loss of satellites stemming from a single geomagnetic event, and was unique in the way it unfolded, Harvard-Smithsonian astrophysicist Jonathan McDowell said on Wednesday.

The company’s announcement, posted on its website on Tuesday, said the satellites were stricken on February 4, a day after they were launched to a preliminary “low-deployment” orbit about 210 km above Earth.

According to reports, while the loss of satellites does not significantly damage Starlink’s services, it potentially accounts for losses up to $100 million of hardware, including the cost of the launch.

SpaceX said it routinely deploys its satellites to such low orbits at first so they can quickly and safely be allowed to fall back toward Earth and incinerate on re-entry if a malfunction is detected during initial system checkouts.

But SpaceX left unclear whether the company had anticipated the severity of the extreme space weather conditions it faced, fueled by a solar storm days earlier, when it sent its latest batch of 49 satellites aloft.

The February 3 launch by a SpaceX Falcon 9 rocket flown from the Kennedy Space Center in Florida roughly coincided with a “geomagnetic storm watch” posted for February 2-3, by the US Space Weather Prediction Center.

The alert warned that solar flare activity from a “full halo coronal mass ejection” – a large blast of solar plasma and electromagnetic radiation from the Sun’s surface – was detected on January 29, and was likely to reach Earth as early as February 1.

The alert also said resulting geomagnetic storm conditions on Earth were “likely to persist” into February 3 “at weakening levels.”

According to SpaceX, the speed and severity of the solar storm drastically increased atmospheric density at the satellites’ low-orbit altitude, creating intense friction or drag that knocked out at least 40 of them.

Starlink operators tried commanding the satellites into a “safe-mode” orbital configuration allowing them to fly edge-on to minimise drag, but those efforts failed for most of the satellites, forcing them into lower levels of the atmosphere where they burned up on re-entry, SpaceX said.

“This is unprecedented as far as I know,” McDowell told Reuters. He said he believed it marked the single greatest loss of satellites from a solar storm, and first mass satellite failure caused by an increase in atmospheric density, as opposed to the bombardment of charged particles and electromagnetic radiation itself.

McDowell said the incident raised questions of whether the elevated orbital drag caused by the storm exceeded design limits or whether SpaceX believed incorrectly that the satellites could handle so much density.

It appeared from SpaceX’s account, McDowell said, that “they weren’t expecting to have to handle that much density, in which case it sounds like they weren’t paying attention to the space weather reports.”

McDowell added that geomagnetic storm activity will escalate over the next few years as the Sun nears “solar maximum” in its 11-year cycle of sunspot activity.

SpaceX, the Los Angeles area-based rocket company founded by billionaire entrepreneur Elon Musk, has launched hundreds of small satellites into orbit since 2019 as part of his Starlink service for broadband internet. In a January 15 tweet, Musk said the network consisted of 1,469 active satellites, with 272 moving to operational orbits.

The company has said it ultimately envisions a constellation of roughly 30,000 satellites, up from 12,000 previously planned.

According to the New York Times, the incident “highlights the hazards faced by numerous companies planning to put tens of thousands of small satellites in orbit to provide internet service from space”.

Future solar outbursts will certainly knock some of the newly deployed orbital transmitters out of the sky, the newspaper said, adding that the Sun is building up to its 11-year hyperactive peak, which is forecast to arrive around 2025.

Hugh Lewis, a space debris expert at the University of Southampton in England, told NYT that the solar paroxysm that knocked out SpaceX’s satellites was “relatively moderate by the Sun’s standards”.

“I have every confidence that we’re going to see an extreme event in the next cycle, because that typically is what happens during a solar maximum,” he said.

Several other companies are also planning their own constellations to provide satellite internet services. Airtel-backed OneWeb is also building its fleet of small satellites that will initially number 648 spacecraft, but could eventually total in the thousands.

According to Spaceflight Now, Amazon also has plans to launch 3,236 satellites while companies in China also plan to launch satellite “megaconstellations” for broadband internet connectivity, as is the European Union.