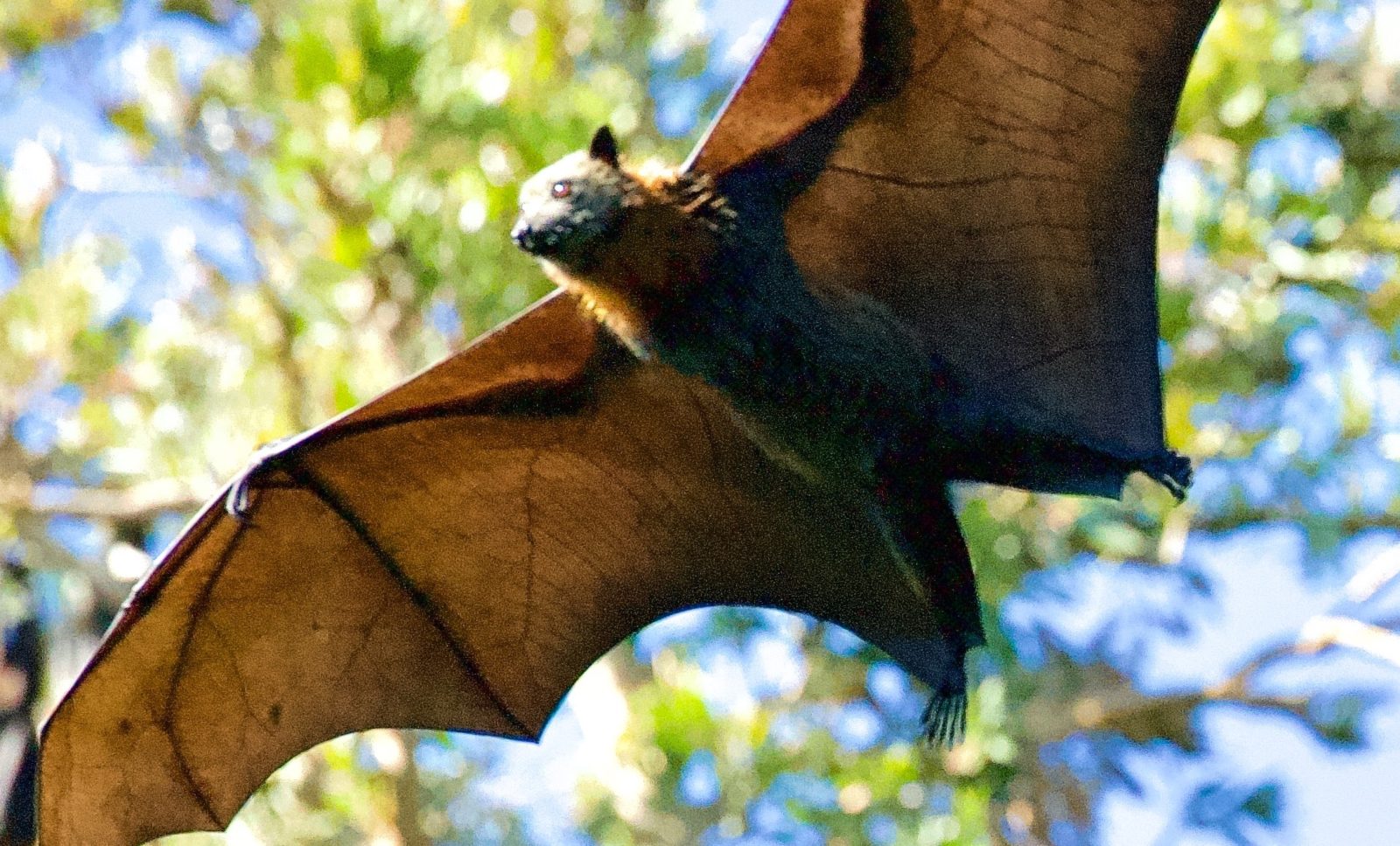 Bengaluru: One of the defining features of the ongoing COVID-19 pandemic is the firestorm of debate over the novel coronavirus’s origins. In its current form, there are two competing hypotheses. Zoonotic spillover posits that the coronavirus evolved naturally and then, somewhere in China, jumped from a wild animal to a human host. The lab-leak hypothesis posits that scientists at the Wuhan Institute of Virology – located in the city thought to be ground-zero of the pandemic – were manipulating coronaviruses in a controversial form of research called ‘gain of function’ (GoF), when one or some of them leaked from the lab into the outside world, and seeded a pandemic.

As investigative journalist Katherine Eban wrote, “Without knowing where it came from, we can’t be sure we’re taking the right steps to prevent a recurrence.”

This debate still rages on: either side is yet to produce clinching evidence of their being right. The zoonotic spillover team has been insisting that the possibility they’re offering is more likely. Meanwhile the lab-leak team has been contending with the proliferation of numerous conspiracy theories in its ranks, helped along in no small part by the ramblings of former US President Donald Trump and French Nobel laureate Luc Montagnier.

On June 11, The Print jumped into this fracas with a conspiracy of its own. In a 2,200-word article, it suspected that a study that researchers at the National Centre for Biological Sciences (NCBS), Bengaluru conducted in 2012-2017, and published in 2019, included elements of GoF as well. More than one tweet sharing the article has called it “detailed”, “elaborate” and a “deep-dive”. Both a tweet from @ThePrintIndia and the article’s strapline also call the NCBS study “controversial”. On both counts, the article offers zero proof. Instead, it displays the hallmark of conspiracy theorists – encouraging readers to see evidence in the absence of evidence itself.

The NCBS study was not controversial; it was fairly straightforward. Beginning in 2012, an NCBS team obtained samples from bats and, later, blood samples from 75 members of the Bomrr clan, in Mimi village, Nagaland, after securing consent in their native language. The team also had ethical clearance from the institute’s human ethics committee, a body approved by the Indian Council of Medical Research (ICMR). It also obtained kidney, lung and spleen samples from bats that the Bomrr were hunting in a cave. As Vrushal Pendharkar explained for The Wire:

When the researchers chemically analysed filovirus strains from the humans and the bats, they found the samples from [one bat species] displayed the same reactivity pattern as that from the humans. This suggested that bats and humans had exchanged the virus but the virus hadn’t affected the humans.

Filovirus is a family of viruses that includes the Ebola and Marburg viruses. They can be deadly. And to its credit, the NCBS team had found that some filoviruses could jump from some bats in a cave in Nagaland into the bodies of the people hunting them – making the location a potential site of zoonotic spillover events for filoviruses. To echo Eban, it’s important to know where and why such sites exist around the world so that we can better anticipate, and potentially avoid, future disease outbreaks.

On February 3, 2020, The Hindu published an article, with a sensational headline at first, quoting sources in government saying the study hadn’t secured the requisite permissions. It fanned misguided speculation that Indian biological specimens and cultural knowledge had been ‘exposed’ to the influence of the Chinese government and the US Army. (The Hindu later changed the headline and its readers’ editor acknowledged the error.)

Two of the authors of the study’s scientific paper were affiliated with the Wuhan Institute of Virology’s department of emerging infectious diseases. The paper had also acknowledged funding from the US Department of Defence’s Defence Threat Reduction Agency (DTRA). And the article zeroed in on these features.

NCBS was quick to deny the allegations. It said in a statement:

Researchers from the Wuhan Institute of Virology were not directly involved in the study. They were listed co-authors ONLY because they supplied reagents critical to the study … This is standard practice for scientific authorship.

Also read: When a News Article Vanishes, We Have More Than Just a Pandemic to Worry About

The statement added that one of the paper’s authors, Ian Mendenhall, was affiliated with the Duke-National University of Singapore (Duke-NUS). The NCBS researchers had shared their test results with Mendenhall for him to compare it to his data from studies in Southeast Asia. And Mendenhall had been the recipient of a grant from the DTRA.

NCBS head of academics Mukund Thattai told The Wire at the time that “there were funds transferred from Duke-NUS to NCBS as part of the joint study reported in the … paper, and Duke-NUS also provided analytic reagents.” According to him, the Department of Atomic Energy (DAE), which administers NCBS, had approved the study and had “given security clearance to the Duke-NUS collaborator. But the ICMR brought to our notice that this still requires, in addition,” an approval from the ICMR’s Health Ministry Screen Committee. The absence of this approval could have triggered ICMR’s probe.

NCBS director Satyajit Mayor told The Wire Science today: “It has been subsequently clarified that such an approval was not required and that the DAE was the competent authority” to approve this project.

So it’s plainly possible that by disclosing Mendenhall’s participation, his source of funds and the Wuhan Institute’s help, the NCBS team was being clear about the circumstances in which its study had been conducted. This is considered good practice in scientific publishing. It doesn’t have immunity from criticism – but nor can we ignore our burden of proof. Demonising it based on vague assertions by unidentified entities – as The Print has done – will give scientists the impression that journalists are out to devalue good research.

In fact, “This is more than a fear now and pervades all engagement of active researchers with journalists,” Mayor said.

Worse, it might encourage scientists to conduct studies of the NCBS’s sort, considered important in the context of human-wildlife interactions and future pandemics, in secrecy. Or – if they lack institutional support and personal strength – they may not do it at all. We already know of scientists who have quit genetic-modification research on similar grounds.

The article by The Print picks up where The Hindu left off: with the ICMR’s probe into NCBS’s supposed lapses. The Print reported that ICMR hasn’t revealed the results of the probe (and Thattai told The Wire earlier that the institute hadn’t received a copy of its report, at the time). It also reached out to ICMR, the prime minister’s office and WHO chief scientist and former ICMR chief Soumya Swaminathan. The first two didn’t respond; Swaminathan denied knowledge of a study on bats that the ICMR funded. NCBS director Mayor responded with a statement; the secretary of the DAE didn’t respond – nor did ICMR’s current chief Balram Bhargava.

At this point, The Print makes a gigantic leap:

The big question that has arisen – especially in the aftermath of similar questions related to SARS-CoV-2 – is whether the NCBS study was a gain of function research or had any gain of function elements.

“Has arisen”? Arisen from where? And who has raised it? Are people in government asking this question or is The Print itself considering this possibility? Either way, why?

The article does not say. It only tells us that a “big question has arisen”, and proceeds to pad it with speculation. Specifically, according to The Print, because (a) ICMR hasn’t announced the results of its probe, (b) NCBS hasn’t published a second paper arising from the filovirus samples, (c) the lab-leak hypothesis and its GoF component has received so much attention, and (d) NCBS director Satyajit Mayor has denied the study had any GoF elements, we have reason to suspect that the NCBS study has GoF elements.

Also read: ICMR Must Decide if it Is India’s Council for Medical Research or its Master’s Voice

For many months, the lab-leak hypothesis was on the margins of the conversation about the novel coronavirus’s origins. In the first half of 2021, however, it accrued enough weight to move to the centre, and demand our attention. It couldn’t have come this far – no matter how unwarranted this ‘journey’ may ultimately prove to be – without the help from some very real real-world issues. Three, for example, are the arguments surrounding the hypothesis, the consideration it has found among some credible scientists and societal issues with how people at large trust, or distrust, scientists.

The article in The Print has none of this going for it, yet it exists, and through its words, exhorts us to believe that the “big question that has arisen” is legitimate and worth our attention. If anything, the article casts the sort of needless doubt on an institution that allows political opportunists to pounce on it, to spin it to advance ideas that further weaken the institution’s ability to withstand such an assault.

Both Rajya Sabha MP Subramanian Swamy and the health ministry have done this. On January 3, 2021, Swamy tweeted that he would file a complaint with the CBI against NCBS for its “completely anti-national and illegal” study. Last year, the Union health ministry alleged that the Manipal Centre for Virus Research (MCVR) had illegally stored Nipah virus samples and that it had conducted a study with American funds sans the ‘right’ government permissions. MCVR’s then chief staunchly denied both allegations, saying the facility had kept the ICMR and the National Centre for Disease Control apprised of their work.

But effectively, as the novel coronavirus was beginning to spread faster, two top research facilities in India found themselves being suspected of ‘anti-national’ activity, and at the mercy of all the arbitrariness it brought. Today, by posing a question with no reason to consider it, The Print stands at risk of allowing the government more opportunities to escape blame for all the other things we know it is doing wrong.