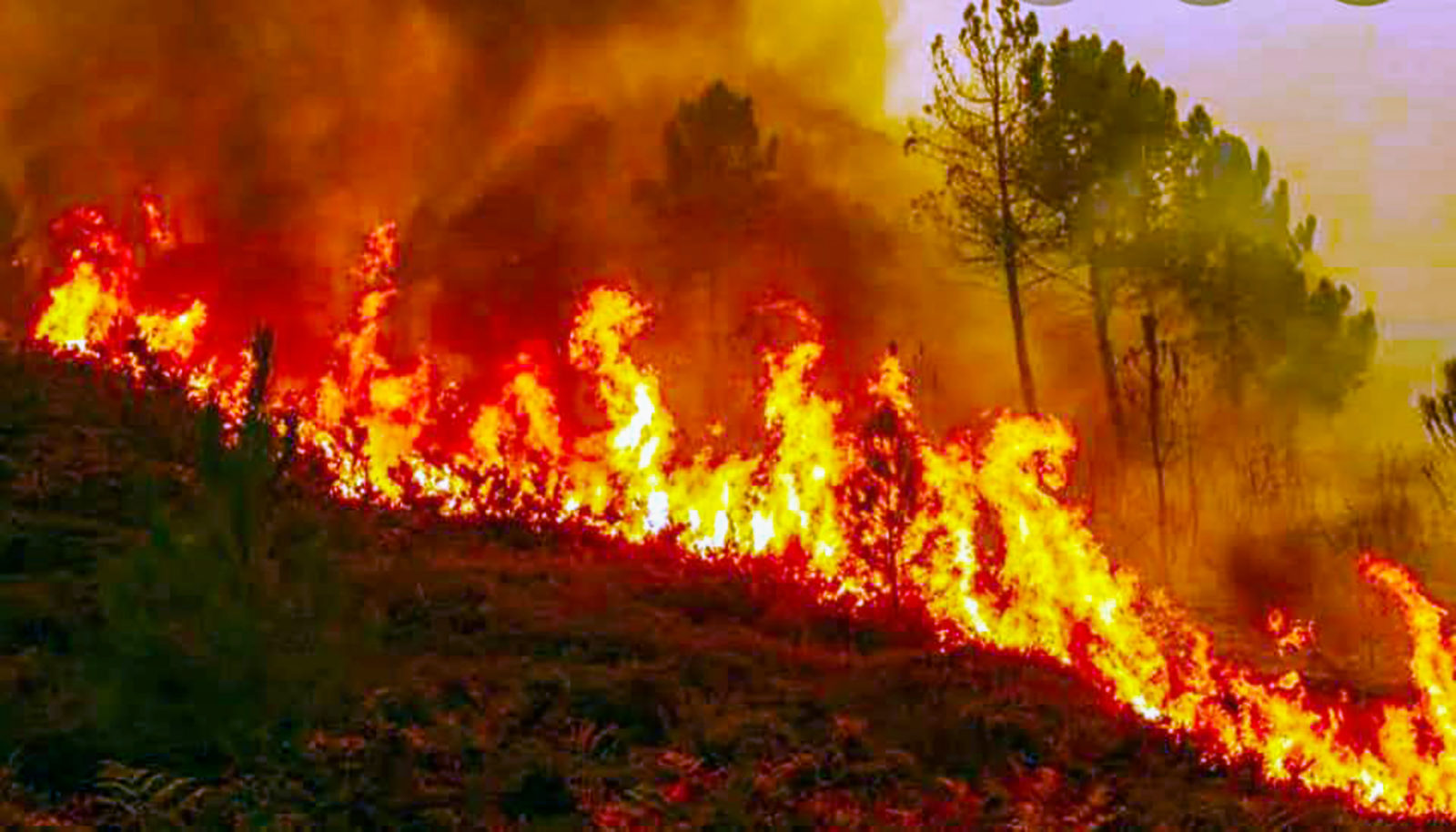 A wild fire in the Tankore forest area of Uttarkashi district in Uttarakhand on April 5, 2021. Photo: PTI

Dehradun: Indian Air Force (IAF) helicopters began their firefighting operations in Uttarakhand on Monday, conducting several sorties over the burning forests in the Garhwal region to spray water over the raging flames and extinguish them.

A total of 85 more forest fire incidents occurred in the state over the last 24 hours, according to data of the forest department.

An IAF helicopter with a bucket carrying around 5,000 litres of water from the Tehri lake doused the flaming forests of Gaja, Pokhri and Quili in the district, Narendra Nagar’s Divisional Forest Officer (DFO) and the nodal officer of the operation, DS Meena, said.

Two sorties were made, first to conduct a recce of the affected areas in Tehri district, followed by two more to pour 10,000 litres of water over active spots in the Narendra Nagar forest division, he said.

The operation was stopped later in the afternoon as the weather was not conducive, officials said, adding that it will be resumed on Tuesday.

Sorties will also be conducted by the IAF helicopters on Tuesday to pour water over the burning forests of Thauldhar block of the district, Tehri DFO Koko Rose said.

Boating activities in the Tehri lake were kept suspended during the day so that the IAF helicopters can collect water from the lake in an uninterrupted way.

Also read: Most Forest Fires in India Are Due to Human Activity

Another IAF helicopter stationed at Haldwani for the purpose could not make sorties due to low visibility caused by a thick cover of smoke emanating from the smouldering forests, Kumaon DFO Tejaswini Patil Dhakate said.

According to the data, the last 24 hours have seen 85 fresh forest fire incidents in which 165.45 hectares of forests have been destroyed.

By Sunday, there were 983 forest fire incidents in the state in which 1,292 hectares of forests had been gutted.

Nainital, Almora, Tehri and Pauri districts have been the worst hit. A total of 12,000 forest department personnel are deployed to control the fires.