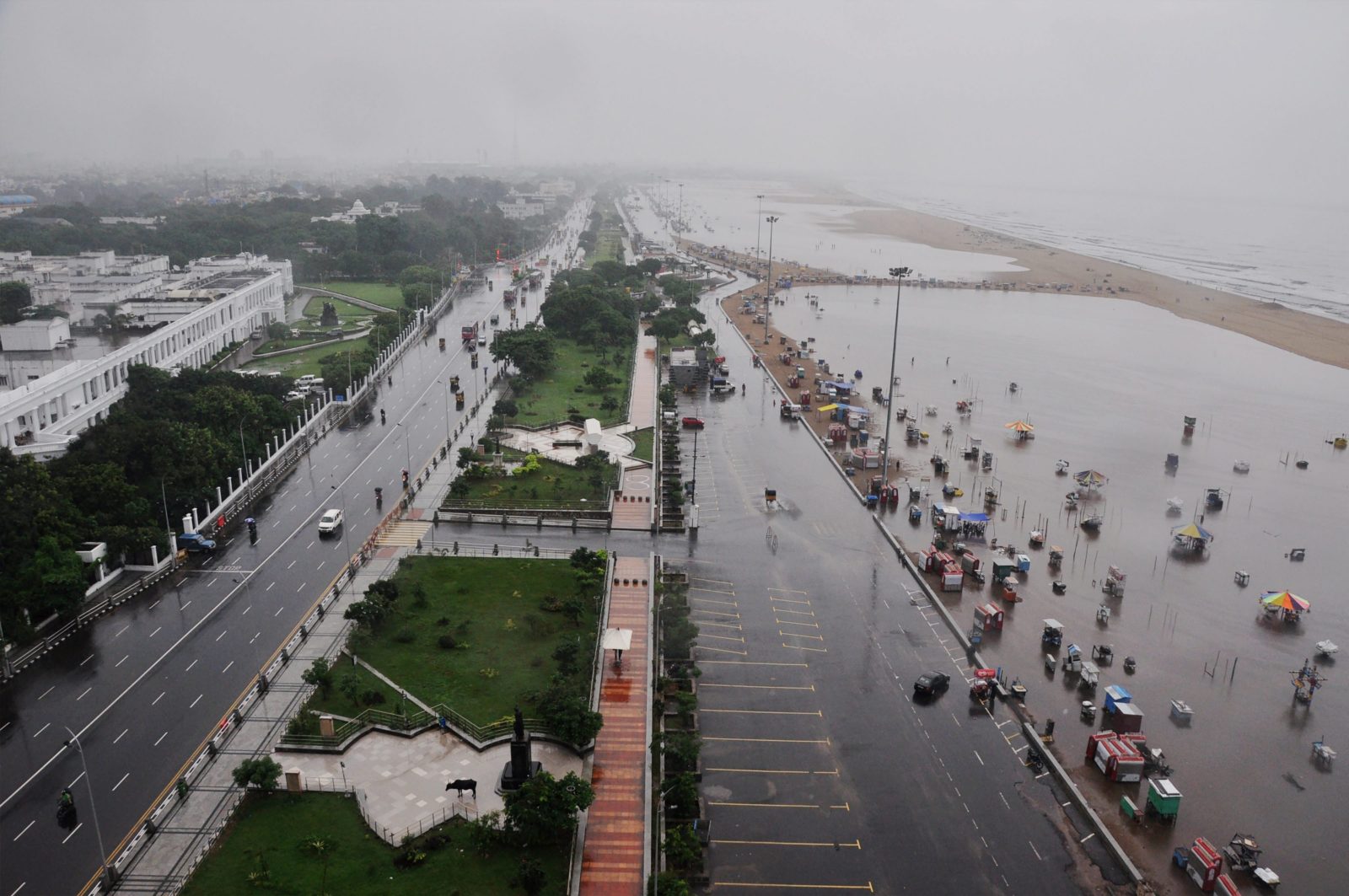 COP26 Draft Deal: US and China Unveil Joint Bid To Save Climate Talks

It is likely to become a depression and cross north Tamil Nadu and south Andhra Pradesh coast on November 11 evening, the department said. The weather system is likely to bring widespread rainfall in Tamil Nadu for the next three to four days

The rainfall is expected to be scattered, heavy, very heavy and extremely heavy in specific regions and light to moderate in most other places.

From November 12 to 14, rainfall is likely in several regions of Tamil Nadu. Thunderstorm with lightning is likely to occur at isolated places over Tamil Nadu, Puducherry and Karaikal.

On Tuesday, while there was a decline in rainfall here and nearby northern regions, Cauvery delta regions of Tamil Nadu and Karaikkal (Puducherry) witnessed very heavy showers. Nagapattinam topped the chart with 31 cm, followed by Karaikkal (29 cm) and Vedaranyam (25 cm.

Chennai and the nearby districts of Tiruvallur and Chengalpet experienced light rainfall, of about 1 cm.

A bulletin said the depression over southeast Bay of Bengal had organised into a well-marked low-pressure area and now lay over central parts of the bay’s s, with the associated cyclonic circulation extending upto 5.8 km above mean sea level.

It is likely to concentrate into a depression over southwest Bay of Bengal during next 12 hours, move west northwestwards and reach near north Tamil Nadu coast by the early morning of 11th November, 2021.

Thereafter, it is likely to continue to move west-northwestwards and cross north Tamil Nadu and adjoining south Andhra Pradesh coast between Karaikal and Sriharikota … by the evening of 11th November 2021.