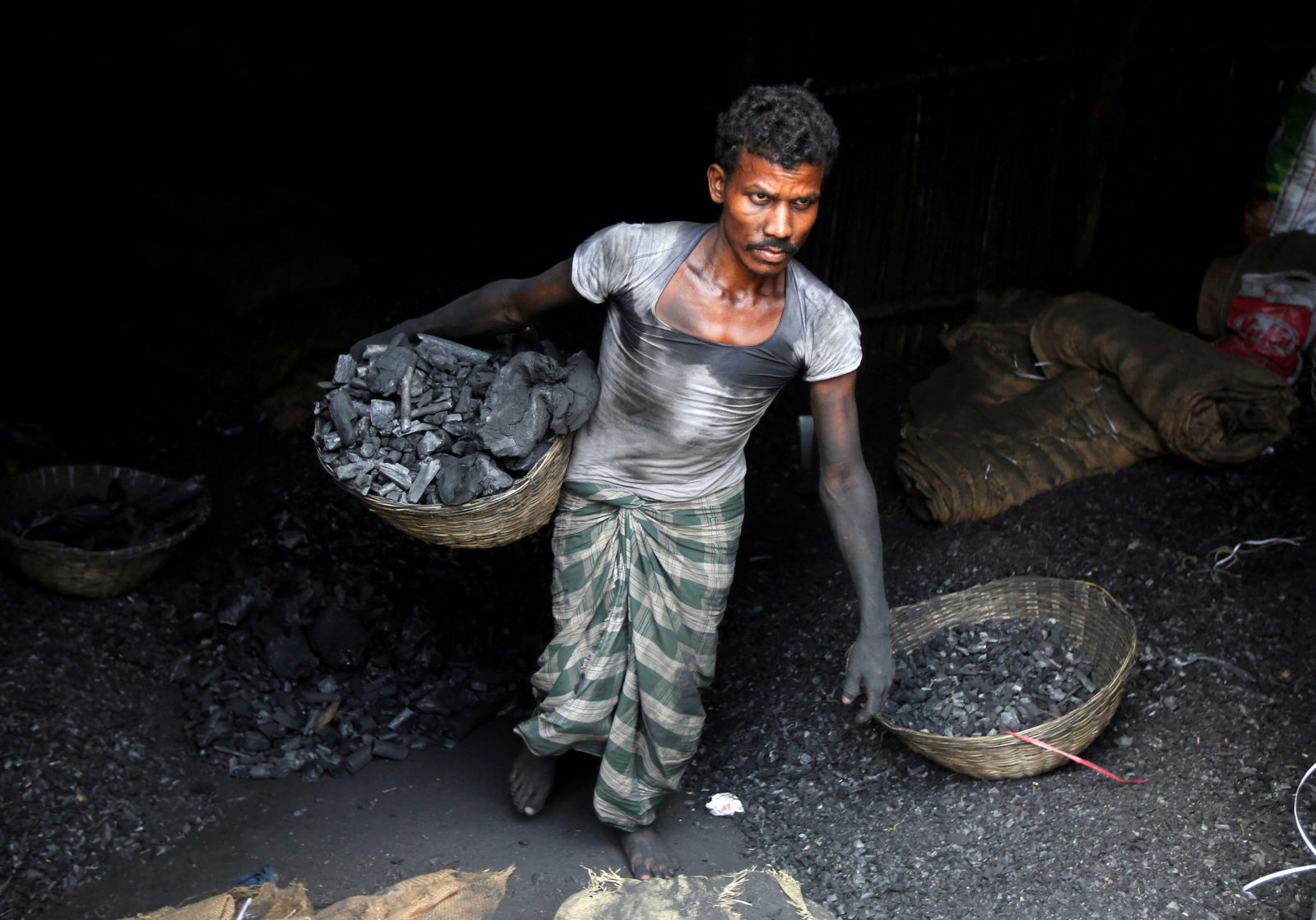 A worker carries coal in a basket in an industrial area in Mumbai, May 31, 2017. Photo: Reuters/Shailesh Andrade/File Photo

Chennai: India may build new coal-fired power plants as they generate the cheapest power, according to a draft electricity policy document seen by Reuters, despite growing calls from environmentalists to deter use of coal.

Coal’s contribution to electricity generation in India fell for the second straight year in 2020, marking a departure from decades of growth in coal-fired power. Still, the fuel accounts for nearly three-fourths of India‘s annual power output.

US Special Presidential Envoy for Climate John Kerry this month said India was “getting the job done on climate, pushing the curve,” as he began talks with government leaders aimed at cutting carbon emissions faster to slow global warming.

But a 28-page February draft of the National Electricity Policy (NEP) 2021 – which has not been made public – showed India may add new coal-fired capacity, though it recommended tighter technology standards to reduce pollution.

“While India is committed to add more capacity through non-fossil sources of generation, coal-based generation capacity may still be required to be added in the country as it continues to be the cheapest source of generation,” the NEP draft read.

State-run NTPC Ltd, India‘s top electricity producer, said in September it will not acquire land for new coal-fired projects. Private firms and many run by states across the country have not invested in new coal-fired plants for years saying they were not economically viable.

A source with direct knowledge said a government panel of various power sector experts and officials will discuss the draft and could make changes before seeking cabinet approval.

India‘s power ministry did not immediately respond to a request for comment on Sunday.

The NEP 2021 is India‘s first attempt at revising its electricity policy enacted in 2005, when the country produced negligible renewable energy.

Experts say phasing in renewable energy sources and phasing out conventional sources such as coal and natural gas rapidly could lead to instability in the electricity grid, potentially causing blackouts.

While suggesting flexible use of coal-fired and natural gas-fired power to ensure grid stability in the coming years, the draft policy lists promoting clean power as its primary objective.

The policy draft suggested expediting adoption of “cost effective” pumped hydro storage to support the electricity grid, adding that only 4.8 gigawatt (GW) of a potential 96.5 GW of pumped storage capacity has been developed so far.

The policy also recommends compensating natural gas-fired plants for operating at reduced efficiency to ensure grid stability, and for suffering higher wear and tear due to fluctuations in generation.