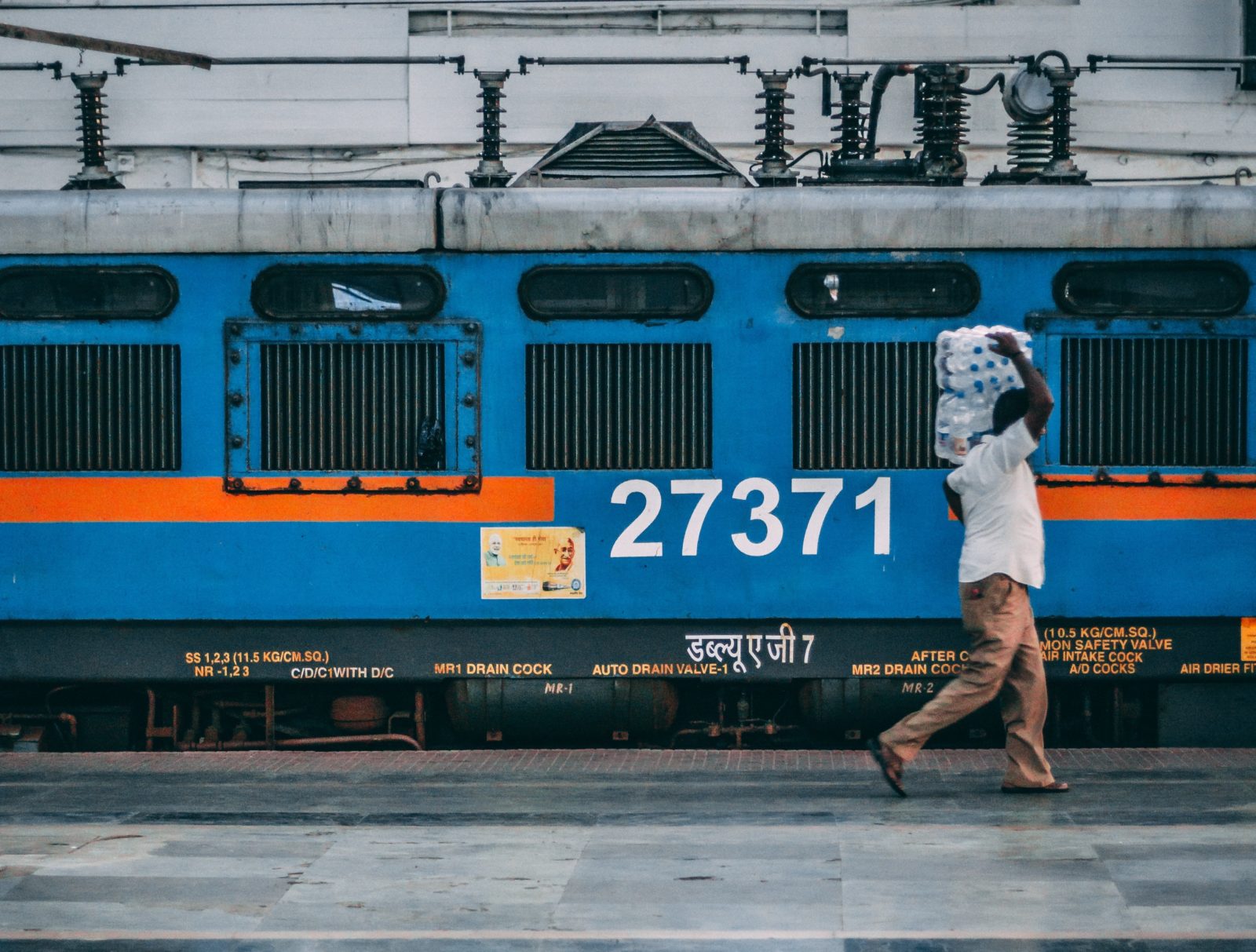 New Delhi: Seeking to address the shortage of medical oxygen as active COVID-19 cases surpassed the 18-lakh mark, the Centre on Sunday banned the supply of the gas for industrial purposes except in nine specified areas.

It also expedited the installation of 162 pressure swing adsorption (PSA) oxygen-plants in health facilities across the country, after a media investigation found that despite contracts having been awarded in October 2020, only 11 such plants have been installed in district hospitals around the country, and of which only five are currently running.

Several industry majors pitched in by diverting oxygen supply to hospitals, even as a record single-day rise of 2.74 lakh COVID-19 infections took India’s total tally of cases past 1.5 crore and authorities in the worst-hit states pleaded with the Centre to help improve the supply of oxygen, beds, ventilators and medicines.

Union health minister Harsh Vardhan said all possible support is being extended to states to double production of the remdesivir antiviral drug, ensure uninterrupted supply of oxygen and COVID-19 vaccines, and to enhance healthcare infrastructure.

The setting up of 162 PSA oxygen plants in public health facilities is being expedited and a 24X7 cell is coordinating with the states, he said. The PSA plants manufacture oxygen and help hospitals become self-sufficient in their requirement for medical oxygen, while also reducing the burden on the national grid for its supply of medical oxygen.

However, Scroll.in reported last week that the Indian government had wasted important time last year to float tenders for the oxygen plants, and even now only 4% of the plants are operational, another 4% have been installed but don’t work, and the remaining 92% (151 plants) haven’t been installed yet. The report also stated that the government had already allocated money, Rs 201 crore, for all projects.

Earlier, the ministry had decided to float a tender for the import of 50,000 MT of medical oxygen.

In a communication to all states, Union home secretary Ajay Bhalla said the central government-constituted Empowered Group-II has recommended that the supply of oxygen for industrial purposes be prohibited by manufacturers and suppliers from April 22 until further orders (nine specified industries have been exempt).

The Railways said it will run ‘oxygen express’ trains over the next few days to transport liquid medical oxygen and oxygen cylinders across the country.

“Since the first empty tankers will move on April 19, we hope to begin operations of ‘oxygen express’ over the next few days. We would be able to send oxygen wherever there is such demand. A green corridor is being created for fast movement of ‘oxygen express’ trains,” an official said.

Madhya Pradesh and Maharashtra governments had approached the Railways Ministry to explore whether liquid medical oxygen tankers could be moved by the rail network, officials said.

According to the steel ministry, 28 oxygen plants located in the steel facility of both public and private sectors are supplying about 1,500 tonnes of medical oxygen every day. An additional stock of 30,000 MT, including the safety stock, is reportedly being made available for medical use.

Basic oxygen steelmaking is an important process in which oxygen is blown through molten pig iron to convert it into steel. So as a result of diverting oxygen from this industry to hospitals, Business Standard reported that the domestic steel output could “take a hit”.

The positivity rate has doubled in the last 12 days to 16.69% and 10 states – Maharashtra, Uttar Pradesh, Delhi, Chhattisgarh, Karnataka, Madhya Pradesh, Kerala, Gujarat, Tamil Nadu and Rajasthan – reported a 78.56% of the new infections, the health ministry said.

“Over 9,000 new coronavirus cases are emerging in Gujarat every day. Though we are adding new facilities and beds at regular intervals, it falls short against the demand as the inflow of coronavirus patients is much higher,” Gujarat deputy chief minister Nitin Patel told reporters at civil hospital campus in Ahmedabad.

As a long queue of ambulances with coronavirus patients waited outside the civil hospital, Patel said it is the government’s obligation to save every patient turned away by other hospitals.

Maharashtra and Delhi, which are among the worst hit, have already sounded the Centre out on the shortage of beds, oxygen, medicines and COVID vaccine.

At least six COVID-19 patients died in the ICU of a government hospital in Madhya Pradesh’s Shahdol allegedly due to low pressure in the medical oxygen supply, according to a hospital official.

The incident occurred at the Government Medical College Hospital (GMCH) on the intervening night of Saturday and Sunday. However, the district administration denied that these deaths were caused due to the “shortage of oxygen”.

Kejriwal said he spoke to Union Home Minister Amit Shah on Sunday morning and stressed the need for more beds for the COVID patients. He said he had requested the Centre to reserve at least 7,000 of 10,000 beds in hospitals run by it in Delhi as COVID beds and ensure immediate supply of oxygen.

Currently, only 1,800 of 10,000 central government hospital beds are reserved for COVID-19 patients, he said.

The Delhi government in the next 2-3 days will come up with 6,000 beds with oxygen facility at Yamuna Sports Complex, Radha Swami Satsang Beas premises and schools, Kejriwal said.

In Delhi, we are now left with less than 100 ICU beds. We are falling short of oxygen as well,” Kejriwal said.

The Northern Railways has deployed 50 isolation coaches, each having two oxygen cylinders, at Delhi’s Shakur Basti railway station and 25 such facilities will be placed at Anand Vihar by Monday, General Manager Ashutosh Gangal said.

Similar facilities were being provided in Maharashtra and other states.

Engineering entrance exam JEE-Mains scheduled to be held from April 27-30 has been postponed in view of the COVID-19 situation, Union Education Minister Ramesh Pokhriyal ‘Nishank’ announced, days after the CBSE Class 10 Board exams were cancelled and Class 12 exams were deferred. Several state boards have subsequently postponed their exams.

Maharashtra Home Minister Dilip Walse Patil warned of action against those violating the restrictions imposed by the state government to contain the spread of COVID-19.

The tough new measures, which exclude essential services, came into force on Wednesday night and will remain in force till 7 am on May 1.

Section 144 of CrPC, prohibiting the assembly of five or more people at a spot, will remain in force during the period.

The Tamil Nadu government announced postponement of class 12 public examination, complete lockdown on Sundays and night curfew from 10 PM to 4 AM from April 20.

Registering a steady increase for the 39th day in a row, the active cases stand at 18,01,316, while the national COVID-19 recovery rate has dropped to 86.62 per cent, the union Health ministry said.

Also read: India Going Through a Spate of U-Turns in Scramble To Stem COVID-19 Tide

Meanwhile, India took 92 days to reach the mark of 12-crore vaccinations, the fastest country to do so. It is followed by the US, which took 97 days, and China, 108 days.

Vardhan has said the government expects the production of the Covaxin vaccine, made by Hyderabad’s Bharat Biotech, to rise 10x by September 2021 while the manufacture of remdesivir, an anti-viral drug against COVID-19, is to be doubled to 74.1 lakh each month by May.

On April 17, NCP member and Anushakti Nagar (Mumbai) MLA Nawab Malik tweeted an allegation that the Centre had disallowed 16 companies that manufactured remdesivir from supplying the antiviral to Maharashtra. The state and the Centre were previous at loggerheads over vaccine shortage, with the state saying the Centre was withholding supply and the Centre suggesting that the state was lying.