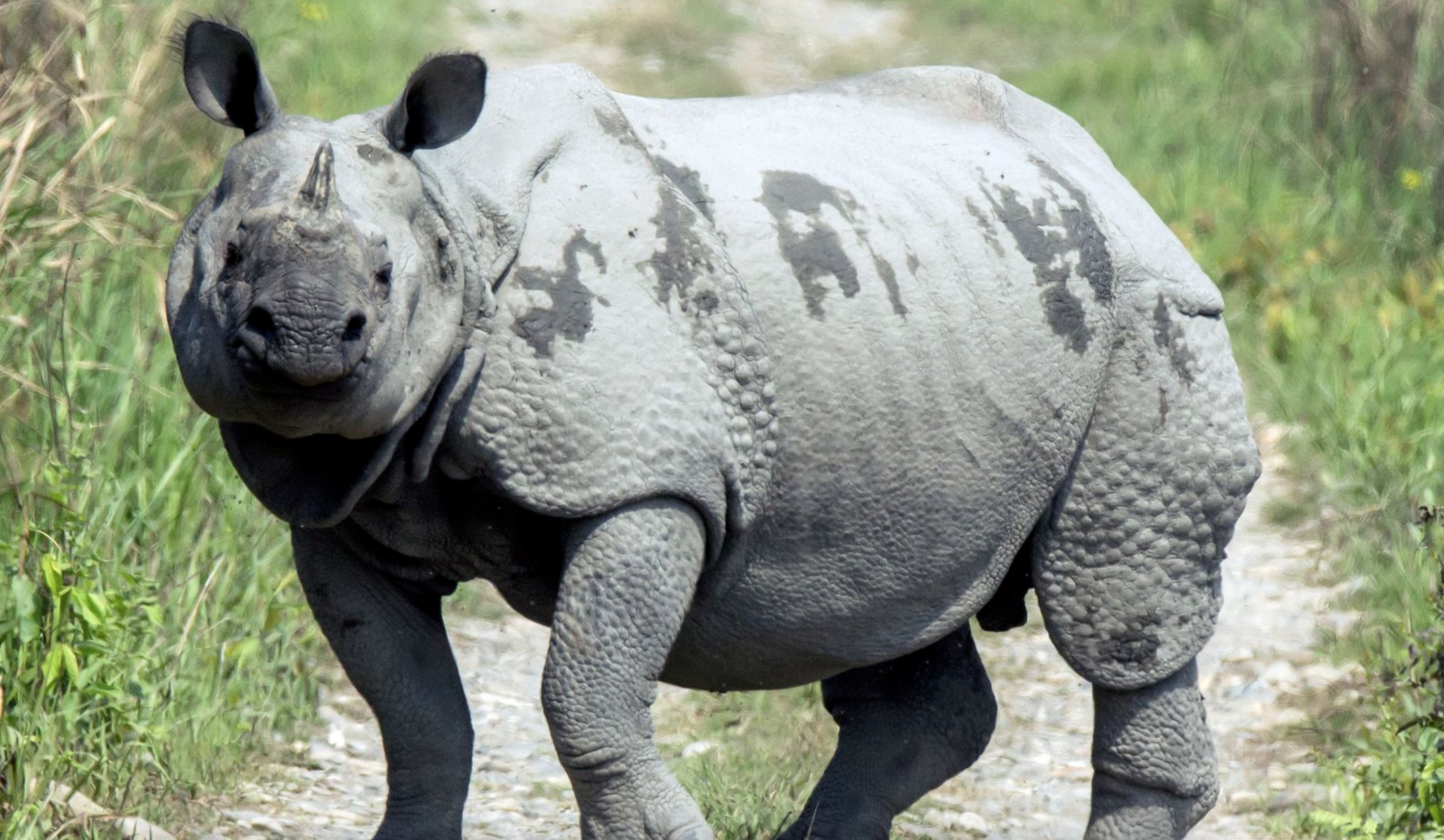 Naomi Osaka: How Prioritising Mental Wellness Can Go Against the Rules

Manas National Park was the site of an ethnopolitical conflict from the late 1980s until 2003. In this time, the greater one-horned rhinoceros became locally extinct. Photo: Imran088/Wikimedia Commons, CC BY-SA 4.0

The human costs of armed conflicts are well known. Now, a study has found that in the last three decades, such conflicts have been spread across habitats used by more than three-quarters of the world’s terrestrial birds and mammals as well.

This finding echoes another report, by the International Union for the Conservation of Nature and Natural Resources (IUCN), that found that around 70% of all threatened amphibians, birds and mammals, as categorised in the IUCN Red List, face armed conflict across their ranges.

Species that occurred in areas of armed conflict worldwide also bore the brunt of several other factors, such as habitat degradation and over-exploited natural resources, more frequently than other species did.

India’s biodiversity is not exempt from this trend: parts of the country’s north, east and northeast, which are species-rich, overlap with armed conflict.

These findings call for “greater recognition of this threat [armed conflict] in species conservation assessments and plans” worldwide, say scientists.

Armed conflicts – wars, civil strife and unrest, which cause human deaths, suffering and large-scale displacement – impact biodiversity too, and its direct consequences are often the most visible. One example is militants’ targeted hunting of large mammals. Militias in central Africa have been known to kill African elephants and trade their ivory to fund military activities.

In 2011, scientists recorded an uptick in elephant poaching for ivory trade in the Democratic Republic of the Congo during the civil war from 1995 to 2006. In this time, African elephant numbers dipped by nearly 50%.

Another direct impact of war is habitat loss and degradation – but more difficult to discern are the indirect consequences of civil strife. Armed conflicts can weaken regulatory mechanisms in place to protect and conserve species. The socio-economic impact of wars that assail people assail local wildlife as well.

Not surprising, then, that IUCN – which categories biodiversity according to the threats they face – recognises war, civil unrest and military exercises as threats as well. The body also identifies 219 species of birds, mammals and amphibians in its Red List as being threatened by such conflict.

Also read: How Exactly Is Being an Environmental Defender a Dangerous Job?

When Sweden’s Uppsala Conflict Data Programme, which has been recording instances of global armed conflicts since the 1970s, updated its dataset last year, a team of researchers in India examined the patterns of conflict and species distributions in more detail.

Specifically, they studied more than 1.5 lakh instances of conflict (that resulted in at least one human death) worldwide between 1989 and 2018. The team then mapped these locations with the distribution of terrestrial birds and mammals.

They found that a staggering 9,056 bird species and 4,291 mammal species had witnessed armed conflicts. Of these, 615 species had been exposed to both widespread 1 and frequent 2 conflict.

The populations of more than 85% of birds and mammals listed as being ‘critically endangered’, ‘endangered’ and ‘threatened’ on the Red List and whose distribution overlapped with armed conflict had also dropped. Over the last decade, such threatened species have also suffered threats such as hunting, tree-logging and agricultural activities more than species that weren’t threatened and didn’t witness armed conflict.

Taken together, these findings suggest “armed conflict is not a singular threat but instead is associated with a variety of other threats to species and habitats,” Uttara Mendiratta of the Wildlife Conservation Society-India, who led the study, told The Wire Science. “Such threats could often arise due to socioeconomic changes, such as human population displacement or the disruption of market economies, resulting from the conflict.”

That the authors take many existing datasets and look for commonalities is “really cool,” Matthias Baumann, a postdoctoral researcher at the Humboldt University of Berlin, whose work has explored the impact of war on land systems worldwide, said. He also hasn’t seen “anything comparable”.

However, he cautioned that this wouldn’t imply there is a causal relationship between the armed conflict and the observed patterns – nor that all conflicts in all regions affect biodiversity in the same way.

“What I found really interesting is that they argue that conflict can be a multiplier of other existing threats, such as hunting, habitat loss, etc., meaning that the numbers … could be considered conservative,” Baumann wrote in an email.

Abishek Harihar, another co-author of the study, said many conflicts in India have been known to affect wildlife and protected areas. Mendiratta said hotspots of armed conflict in India overlap particularly with biodiverse areas in parts of its north, east and northeast.

“For instance, conflicts [along] the disputed India-Pakistan border have affected species such as the endangered markhor, and in Jharkhand, conflict has impacted protection capacity in the Palamau Tiger Reserve,” Harihar, a scientist with conservation NGOs Panthera and Nature Conservation Foundation, said.

Assam’s Manas National Park was the site of an ethnopolitical conflict from the late 1980s until 2003 between the Bodo and other communities. According to a UNESCO report, this World Heritage Site was listed as being “in danger” from 1992 to 2011 due to the destruction of infrastructure and its effect on wildlife populations and habitats, according to Harihar.

In this time, the greater one-horned rhinoceros (Rhinoceros unicornis) became locally extinct, and the population of the swamp deer (Rucervus duvaucelii) plummeted. But since the conflict ended in 2003, conservationists have helped bring both species back from the brink, Harihar added.

“Key to this recovery has been the responsive governance by the Bodo Territorial Council, the park management, local communities and several non-governmental agencies, which ensured that Manas received conservation attention immediately following the initiation of peace.”

Also read: Why the Black-Necked Crane Is Still ‘Vulnerable’, and Not of ‘Least Concern’

In its report published three weeks ago, IUCN recognised that even the 219 species (of birds, mammals and amphibians) they identified as facing the threat of armed conflict is likely to be an underestimate – and that the current ranges of 70% of all species in these taxa overlap with armed conflict. This includes India’s greater one-horned rhinoceros.

Similarly, Mendiratta and her colleagues’ findings suggest that threats from armed conflicts are probably underrepresented in current conservation assessments. So an important ‘next step’ would be to reassess species – including those currently listed in non-threatened categories in the Red List – to better recognise and document threats from armed conflicts, they said. And according to Mendiratta, a key challenge is to develop conservation plans to tackle the various direct and indirect threats at multiple levels.

The IUCN report on armed conflict also lists several steps that we need to take.

“Conservation, sustainable and equitable management of nature play an important role in preventing conflict and in rebuilding peace,” said Kristen Walker, chair of the IUCN Commission on Environmental, Economic and Social Policy, in a press release on April 28. “For example, it supports livelihoods and the wellbeing of indigenous and local communities in times of peace, and helps reduce the risk of conflicts breaking out.”

She added that protecting nature is a two-way street and that it wouldn’t be possible without the support of indigenous and local communities “and their environmental defenders”.