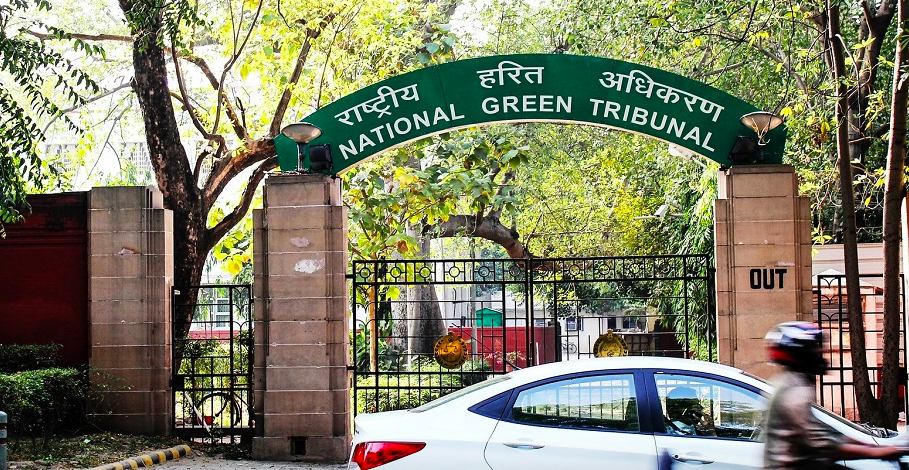 Earlier this month, the southern bench of the National Green Tribunal (NGT), headed by Justice K. Ramakrishnan and expert member Saibal Dasgupta admitted a petition on the non-compliance of the Supreme Court’s industrial emission data transparency directive of 2017 (Paryavaran Suraksha Samiti v. Union of India). Among other asks, the application to the tribunal sought the implementation of the Supreme Court’s directives to install easily accessible and effective online continuous emissions monitoring systems (OCEMS) for industrial facilities.

While admitting the petition, the tribunal directed the concerned state pollution control boards and the Central Pollution Control Board to “prepare a chart regarding the status of implementation of the directions issued by the Hon’ble Supreme Court in the respective States and if it is not complied with what is the nature of action taken by them for implementing the same in its letter and spirit in these States as directed by the Hon’ble Supreme Court.”

… it would be in the interest of implementation of the objective sought to be achieved, to also require each concerned State (and each, concerned Union Territory) to make provision for “online, real time, continuous monitoring system” to display emission levels, in the public domain, on the portal of the concerned State Pollution Control Board.

What is the NGT seeking?

A recent analysis by a Delhi-based organisation called Legal Initiative for Forest and Environment found that even three years after the apex court’s judgement, 50% of India’s states and union territories had yet to comply. The analysis further indicated that even among those that had complied, the data was difficult to locate, access or comprehend.

The philosophy at the heart of the current petition is to push the envelope on data transparency and public understanding of pollution science. In addition to the installation of OCEMS infrastructure, the application also seeks public access to historic data, the location coordinates of air quality monitoring stations and the creation of a central repository of OCEMS data.

These requests collectively embody a step towards defogging the opaque pollution reporting and management culture. For example, access to historic data is crucial in order to understand seasonal trends that could provide crucial information on factory emissions and help monitor the efficacy of pollution abatement measures, if any. Similarly, public knowledge on the location of pollution-monitoring infrastructure, for example air quality monitors, will help communities, who have a better and lived experience of pollution, in guiding the placement of such infrastructure.

That said, the directive of the Supreme Court and the initial observations of the NGT point to the fact that data transparency is at the heart of democratising environmental decision-making. The debates around air pollution have an array of nuanced opinions on the issue of data generation, transparency and dissemination. This author had previously argued that just the emphasis on generating more data is a failing proposition because it does not guarantee data transparency. Transparency itself is not a guaranteed virtue if the government owns the data. Complete transparency results in accountability, and this is not a desirable outcome for systems rooted in a top-down model of governance.

Having said that, it is also important to rationalise the decision to approach the NGT for what seems like a matter of routine governance. In fact, a significant number of environmental cases in the judicial system are regarding non-compliance to laws.

In the matter of data governance, regulatory agencies’ reluctance to develop a proactive public information system only weakens the cause of clean air and safe water. Communities impacted by pollution across India suffer extreme consequences thanks to such data secrecy. In heavily industrialised areas like SIPCOT Cuddalore, Hyderabad’s Pattancheru/Bollaram and Karnataka’s Baikampady, poor data generation and dissemination has disempowered citizens and frustrated their ambitions for a clean environment.

However, some community members and groups from such regions continue to engage with the state pollution control boards in good faith, doing so at their own peril. It is also important to critically evaluate the role of designated watchdog agencies. Empirically speaking, the Central and state pollution control board across India have effectively, and for all practical reasons, abandoned the notion of “controlling” pollution.

In a scathing observation on the state of affairs at the Karnataka State Pollution Control Board, the Karnataka high court said, “we are sorry to say that you (KSPCB) are a complete failure. It would have been better if you did not exist.” The court even suggested that the KSPCB be superseded as it had itself admitted to ignoring and violating standard practices for controlling pollution. Similarly, in the controversial Sterlite case, the Madras high court observed that the Tamil Nadu PCB had failed to discharge its duties at multiple junctures and allowed the controversial copper-smelting unit to operate while blatantly flouting norms.

Also read: Why the Vedanta-Sterlite Judgement Matters – an Annotated Deconstruction

Experts who have been engaging with state pollution regulatory agencies in the last few decades have observed that such institutions are designed to fail. Their role is to provide an illusion of due process while maintaining status quo. Moreover, they also buffer the political class from the repercussions of bad environmental decision-making.

A detailed academic analysis published in 2013 by the School of Habitat Studies at the Tata Institute of Social Sciences, Mumbai, found that the “lack of strong financial, human and technical resources of pollution control boards at the state level and the increasing interference of State governments in the affairs of State pollution control boards are the dominant factors of non-implementation of environmental laws at the implementation level.”

A more recent study across eight pollution control boards in India carried out by Delhi-based Centre for Chronic Disease Control also arrived at a similar conclusion.

Given these realities, the observations of the high courts of Karnataka and Madras are not just exasperated rants but also the introspection of a frustrated system.

The case before the NGT is just the tip of the proverbial iceberg. India’s environmental governance ecosystem faces a plethora of issues that make a compelling case for an overhaul. The pivotal aim behind such a project should be to institutionalise a mechanism that celebrates public participation, autonomy and self-accountability. Data transparency could perhaps offer a means to that end.

Dharmesh Shah is an environmental policy researcher based in Kerala.