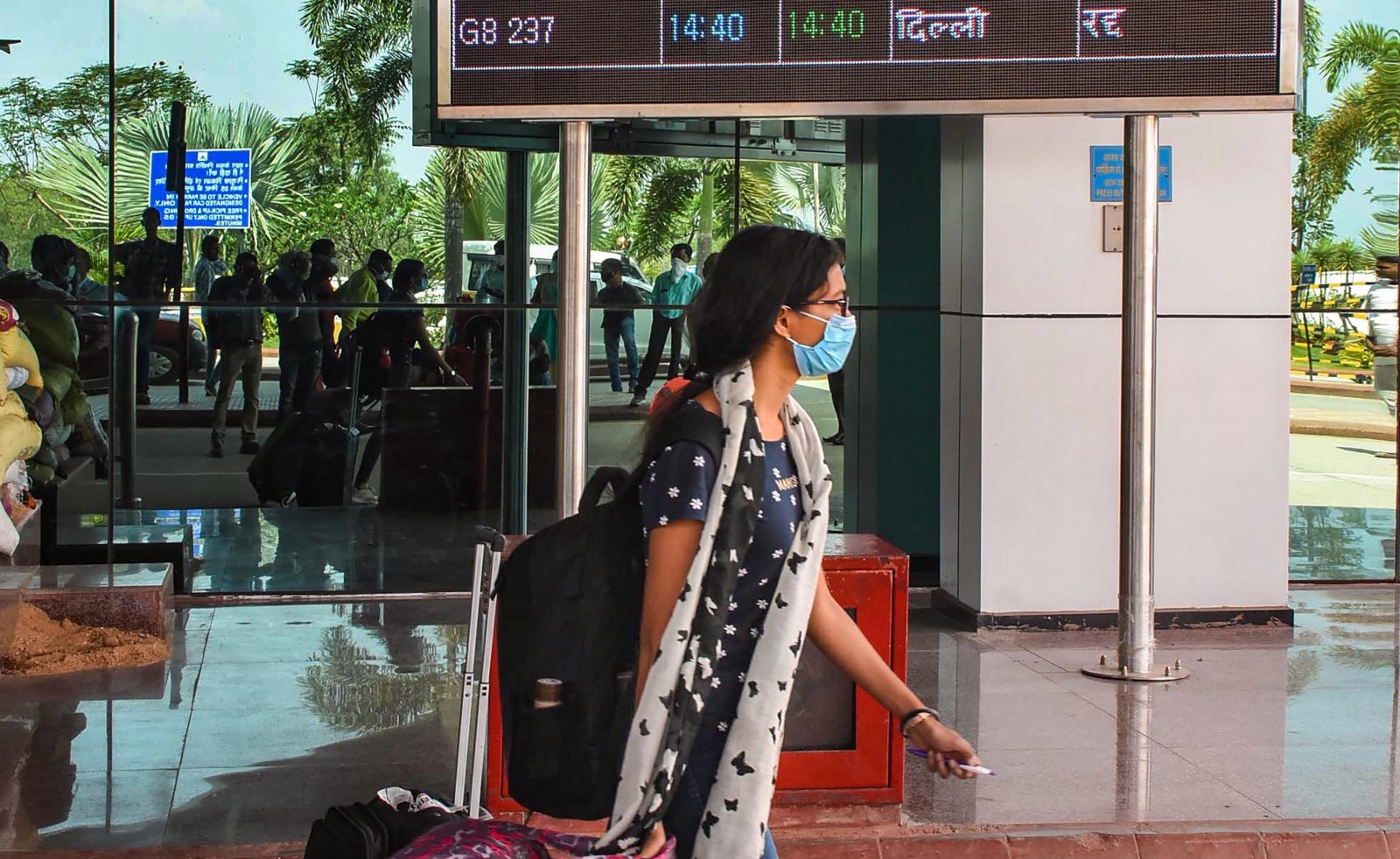 Featured image: A passenger leaves Ranchi airport after her flight was cancelled due to the lockdown. Photo: PTI

You can be certain Prime Minister Narendra Modi is quite aware that tackling the COVID-19 pandemic will take more than one day of self-imposed quarantine by the people. Nonetheless, he deserves to be lauded for his efforts because, in all probability, he has sensitised the people of India for future lockdowns of longer duration, as the Chinese authorities imposed in Hubei province and as is increasingly being the case across Europe, including in Spain, France and Italy.

The US has reported more than 25,000 cases thus far; California among its states – whose GDP is higher than that of India – has 1,497 people confirmed to have COVID-19, and 27 deaths. And it’s going to be locked down for the next three weeks.

This said, lockdowns don’t have universal support. The WHO’s chief emergency expert Mike Ryan went on record to say that governments must make efforts to actively find those who are sick because of the virus and isolate them, and track down their contacts and isolate them. His reasoning is simple: if strong health measures are not installed, the virus will just jump back after restrictions are eased.

As Ryan said, “Once we’ve surpassed the transmission, we have to go after the virus. We have to take the fight to the virus.”

To tackle the virus, it becomes imperative to diagnose its presence, and that can be done only by testing more and more people. To suggest that testing should be restricted to those displaying the symptoms associated with COVID-19, or showing extreme symptoms, is laughable. The fire cannot be fought blindfolded. The government should not and cannot provide the excuse that there aren’t enough testing kits.

The Americans will soon start producing kits that can detect the coronavirus in a mere 45 minutes. We too have to go straight for the bones, or the RNA in this instance, of the virus. Maybe we could forsake a couple of Mirage jets and invest in producing more testing kits. We could easily become the leaders and a model to the world if we get our priorities right. Resources should always be handled pragmatically but to suggest that we need to restrict testing as we have only 150,000 kits is more bizarre than scientific.

Right now our hospitals are not overwhelmed by a deluge of coronavirus patients. We still have the luxury of time. There is always the possibility that the virus will become uncomfortable as temperatures rise across India. Delhi is nearing 30º C while London, Madrid, Milan and Rome are much cooler. That the virus could be vulnerable to rise in temperature is pure speculation of course: one can only hope even as one prepares for the worse. A prophylactic vaccine will take a year to be available to the public, and even then it won’t be 100% effective. Even the flu vaccine is only 40-60% effective.

So prevention is better than cure, and the one of the principal arms of our prevention efforts has to be to eliminate the virus by starving it of humans.

The Wire Science@TheWireScience
3 Following 14.4K Followers
Astronomers have identified lakhs of galaxies – and only around 800 have radio jets bigger than 700 kilo-parsecs in… https://t.co/AY9joyVp9Q
12 hours ago
1 3
ICYMI: Though the strains, which are missing one or two key genes present in the wild African swine fever virus, do… https://t.co/sHt19vvdRV
13 hours ago
1
Astronomy and physics, which offer glimpses of the farthest reaches of the universe and perhaps shed light on ancie… https://t.co/R8qydbmJly
14 hours ago
During the COVID-19 pandemic, PhD students lost precious data needed to conclude their theses and meet project obje… https://t.co/fq160Cattp
1 day ago
5 5
It's true that the nilgai is responsible for significant damage to crops across large parts of northern India. Howe… https://t.co/hwufzaci3i
1 day ago
1
ICYMI: India has gifted vaccine candidates to neighbours and partners such as Bangladesh, Nepal, Bhutan, Seychelles… https://t.co/EAIZHCOqXk
1 day ago
Though none of India’s territory directly falls in the Arctic region, it is a crucial area as the Arctic influences… https://t.co/Nyl75CBWTG
1 day ago
2 2
Egypt has unveiled a significant new archaeological discovery at the Saqqara necropolis south of Cairo, including 5… https://t.co/ishg5D2y3U
1 day ago
2 6
The division bench said, “Out of six members at least four members may not have expertise. Was there an application… https://t.co/yAADRkOafc
1 day ago
2 4
In a new series, Shyama Rajagopal @ShyamaRaj10 will focus on the ground realities of Ayurveda as it is practiced to… https://t.co/JHXgu29q7t
1 day ago
1 6
The Rajasthan government's decision to scrap middle agents between itself and private clinics is worrisome because… https://t.co/Cn6siTiRRC
1 day ago
4 4
A paper published in The Lancet on January 21, 2021, describes the results of Covaxin’s phase 1 clinical trial. Muc… https://t.co/z3sw9SOBZt
1 day ago
13 27
Only a third of Indians surveyed said they wanted to get vaccinated right away. https://t.co/Fu0E4kFZJs
3 days ago
3
ICYMI: Washington formally left the Paris accord last year but its role as a heavyweight in global climate negotiat… https://t.co/zGdzcR9Gcf
3 days ago
If claim after claim fails to live up to the hype that surrounds it, scientists worry that the public will feel let… https://t.co/UYsFOXoPFq
3 days ago
3 3
Contact us

Tata in Talks To Launch Moderna COVID-19 Vaccine in India

What Happens If COVID-19 Gets Loose in the Wild?