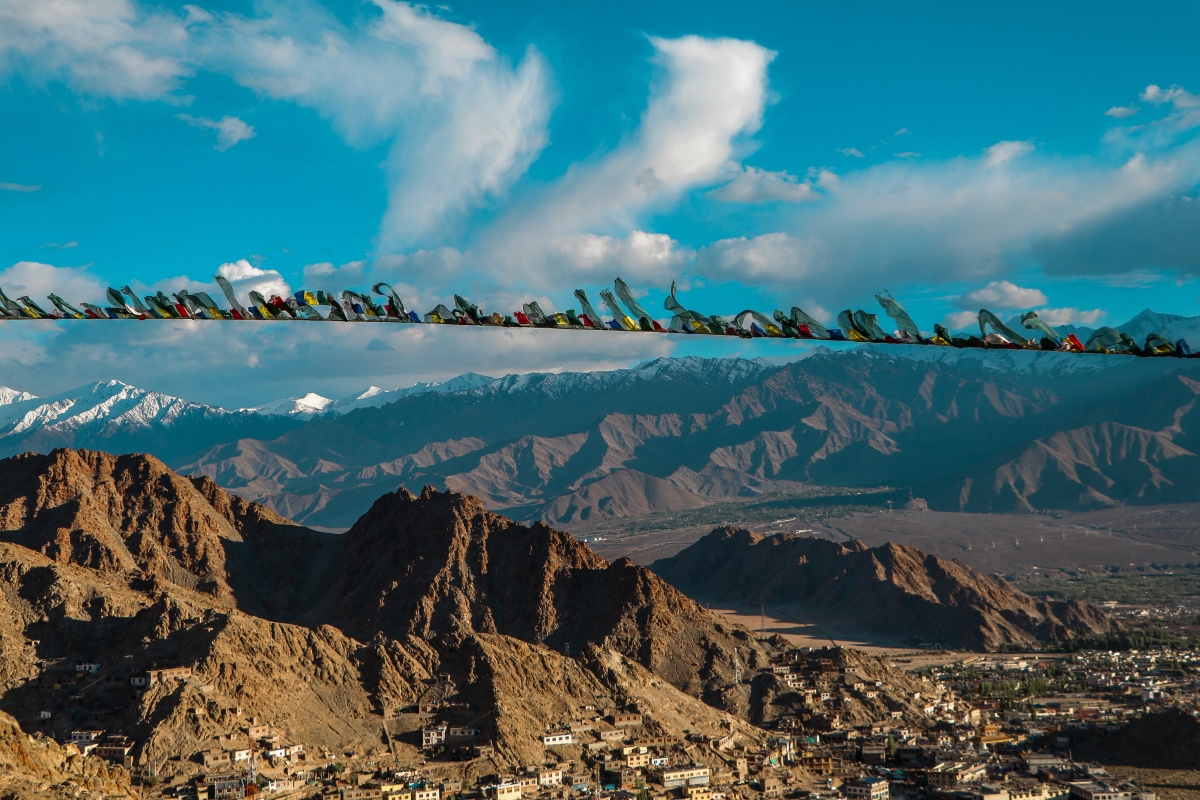 Srinagar: A village among the mountains of Ladakh has been locked down after two members of a family residing there tested positive for COVID-19, the disease caused by the new coronavirus, SARS-CoV-2.

The infected persons – a man and his son – from Chuchot village are under observation at a district hospital in Leh, and eight other members of the same family have been quarantined at a different health facility, a doctor said on condition of anonymity.

A 68-year-old-man from the village had returned from Iran on February 27 and developed some of the symptoms of COVID-19 after a few days. “His sample was sent for testing and the report came positive for the coronavirus,” the doctor said.

A few days later, the elderly man’s 28-year-old son presented a high fever and was admitted to a hospital. On March 11, he also tested positive. He had no travel history to worse-off countries, so doctors suspected his illness could have been contracted from his father.

A government official said that after the two tested positive, the health department became “alarmed” and decided to “completely seal” the village on March 8.

“While both patients are stable and reports of other family members are awaited, we are concerned that other people from the village might have come in contact with them,” the official said. He justified the lockdown as “the safest option to prevent any chances of spread of infection.”

“Nobody is allowed to enter or leave Chuchot,” said the doctor.

Chuchot is a small village located 20 km from Leh district headquarters. It has a population of around 2,000.

Authorities of the Ladakh union territory are now testing every resident for signs of COVID-19. Another group of health workers has also been visiting every family to discuss the symptoms of COVID-19.

“These health workers were in the village when we received the report of the second person” testing positive, another doctor said. “We decided to seal the village and task these workers with the job.”

The UT administration has also established a checkpoint outside the village to drop medicines off at, together with other items, according to the needs of the village’s residents.

“We drop the items and inform the health workers on phone, and they come and pick them up,” the doctor said.

Health secretary Rigzin Samphel confirmed they had also “restricted movement” to and from the village.

“We are following the set protocol to restrict the movement of people. These restrictions will continue for 28 days,” he said.

An ambulance also remains on standby at the checkpost to ferry patients to a nearby centre for further checks and treatment. Thus far far, no new cases have been reported from the village.

The failure to flag the case of the 68 year-old-man when he returned from Iran has raised questions about the effectiveness of the procedures the regional administration uses to screen people returning from foreign countries.

Thus far, three people have tested positive for the new coronavirus in Ladakh. All three had recently been on a pilgrimage to Iran, which has reported over 600 deaths attributable to COVID-19.

More than 150 pilgrims who returned from Iran recently are currently under home-quarantine. “Of the 55 samples sent so far for testing, 22 came back negative, three tested positive while reports for remaining samples are awaited,” the second doctor said.

Around 1,200 people from Ladakh region are still stranded in Iran. The region’s administration has urged the Government of India to quarantine all returnees of Ladakh at Delhi itself and stagger their return home.

“Ladakh is a sparsely populated region. Any kind of negligence could prove catastrophic,” said the doctor.

The Wire Science@TheWireScience
3 Following 26.4K Followers
If you ask Erle Ellis what people tend to get wrong about humanity’s relationship to nature, he says it starts with… https://t.co/cClfxNhDVG
14 hours ago
While this “Paris group” remains a loose and varying affiliation, its members have been working to influence the WH… https://t.co/PfpFXFrflL
15 hours ago
"By the time the project gets finished... if it is ever implemented, the cost would be in the neighbourhood of Rs 2… https://t.co/s6TZ16PafI
16 hours ago
1
A new study suggests the only way for globe skimmers to make these journeys is if they actively seek out the intert… https://t.co/BKqwtQhzkX
17 hours ago
2
When you make New Year’s resolutions in less than a month, put composting right up on your list. Endlessly Green wi… https://t.co/7Z8ty9seyh
18 hours ago
There is nothing new about the proposed river-interlinking project being pushed by the govt, and this ‘unnecessary… https://t.co/9YA34hUX5f
1 day ago
3 2
Endlessly Green, a book written by Savita Hiremath, a journalist turned solid waste management practitioner, left m… https://t.co/YqrQSN71QT
1 day ago
1
For many of India’s researchers, obtaining permits for field research in protected areas is a big hassle: the proce… https://t.co/YjAcNPki6G
1 day ago
14 26
Within 52 days, scientists could have an updated mRNA vaccine ready to plug into the manufacturing process and begi… https://t.co/RcT3sQiNxo
2 days ago
4
As with many other wetlands across India, ‘development’ has eaten into the Kazhuveli wetland – as have untreated ef… https://t.co/vkndEZeRWP
2 days ago
2
It doesn’t look like a dominant population, especially the rich and powerful in this world, live with a One World c… https://t.co/2D6D6ti7jz
2 days ago
2
There’s still a long way ahead and the ‘Amche Mollem’ campaign has to go on, campaigners said after receiving the a… https://t.co/mtSqNJusLa
2 days ago
Some two-thirds of the ‘additional’ deaths in 2020 were linked to disruptions in the provision of malaria preventio… https://t.co/TSd6so1npl
2 days ago
1
Studies suggest that over the course of millennia, harvesting pressure shrank the size of saltwater snails, desert… https://t.co/A87yoE0Bso
2 days ago
1
"The bit that grated the most for me was an unabashed, below-the-belt attack calling perfectly reasoned scientific… https://t.co/MJxKEQ4oKI
2 days ago
1 1
Contact us