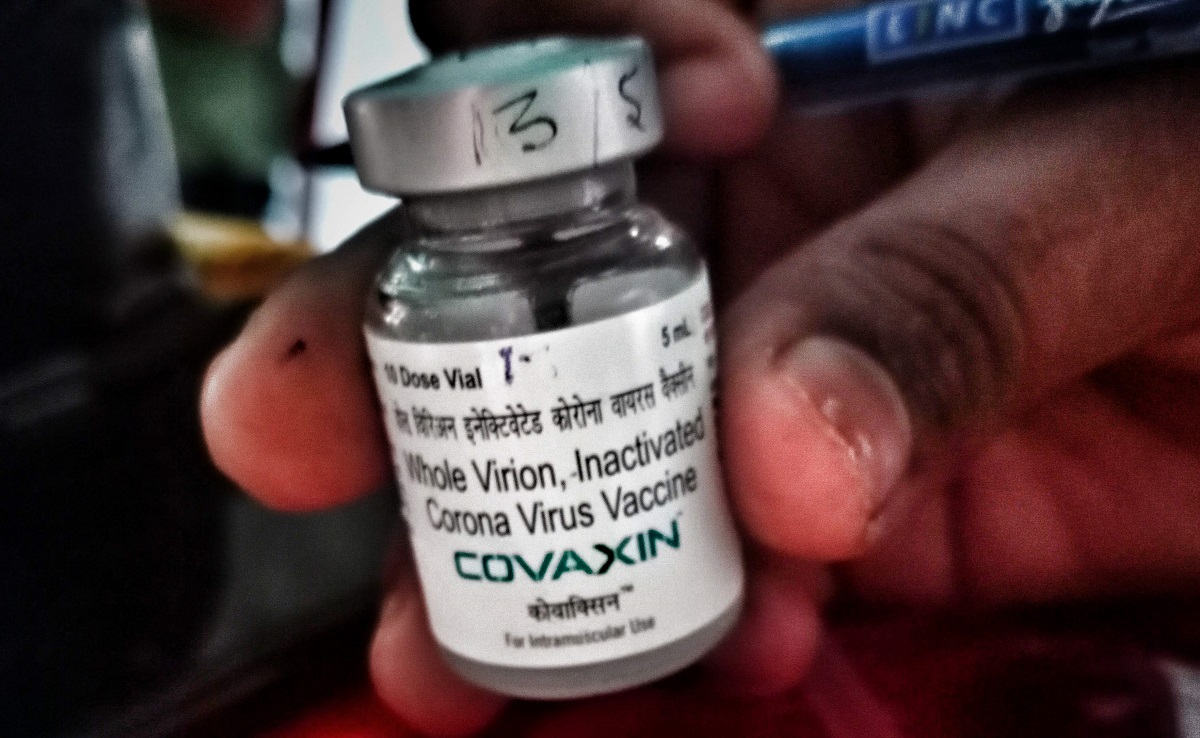 New Delhi: Last week, the 27 countries in the European Union agreed to ease travel restrictions to non-EU visitors who are fully vaccinated against COVID-19, in a move that could see tourists return to the continent ahead of the summer.

This was the first concrete sign that the world is indeed moving towards an era of ‘vaccine passports’ – restrictions against people who haven’t yet been fully vaccinated.

For Indians, however, this development may not come as good news, even to those who have been fully vaccinated. Covaxin, the vaccine developed by the Hyderabad-based Bharat Biotech, is not yet on the WHO’s ’emergency use list’ (EUL), nor does it have similar approval from the EU’s European Medicines Agency (EMA).

So those who have been fully vaccinated with Covaxin may not be eligible to receive ‘vaccine passports’.

Prime Minister Narendra Modi and several members of the cabinet are among those who have taken doses of Bharat Biotech’s vaccine candidate.

Covishield, the vaccine manufactured by Serum Institute of India and developed by the University of Oxford and AstraZeneca, has been approved by the WHO. In fact, it is one of only seven shots that have been evaluated by the WHO and placed on the EUL. The others that have been approved are those manufactured by Pfizer, Moderna, Janssen (Johnson & Johnson), two versions of AstraZeneca and Sinopharm.

The latest guidance, which the WHO issued on May 18, says that Bharat Biotech has submitted its ‘expression of interest’ to be certified, but added that “more information” is required. It says that a pre-submission meeting will be planned for May or June.

According to Times of India, the Indian firm must now submit a dossier. If it is accepted, the WHO will issue a statement of assessment before it decides to include Covaxin in the EUL. “Each step could take weeks, if not months,” the newspaper reported.

Bharat Biotech hasn’t yet approached the EMA for regulatory approval. Apart from India, Covaxin has been approved for use in Iran, Mauritius, Zimbabwe, the Philippines, Nepal, Guyana, Mexico and Paraguay.

The Government of India seems to be aware of these concerns and is eager to ensure Bharat Biotech receives the clearance at the earliest, although it is unclear if the Centre can help in any way.

According to The Hindu, the Ministry of External Affairs has been tasked with “studying the matter, given both the need for recognition for the Indian-made vaccine, as well as the desire to push for more export orders in the future”.

An official told the newspaper that there is “certainly an interest” in getting Covaxin on the WHO’s EUL as well as a greenlight from the EMA. The official said that the European regulatory procedures “are likely to take longer but are also being pursued”.

“In addition … getting Covaxin on the WHO’s EUL would be a big boost, and a first for an Indian-developed and produced vaccine,” The Hindu reported.

However, the newspaper also noted that the WHO’s processes don’t allow for “diplomatic” or “political” inputs. The process depends entirely on the vaccine manufacturer’s ability to provide documentation that the UN agency needs to validate the manufacturer’s claims.

If Bharat Biotech receives clearances from both the WHO and the EMA, Indian citizens will be able to travel more smoothly and the company will be able to “help scientific research and collaboration” with “foreign vaccine makers”. Bharat Biotech has already signed agreements with companies in the US and Brazil towards co-producing and/or exporting Covaxin doses.

But for now, The Hindu says, “the absence of endorsement from WHO and other multilateral bodies is creating difficulties for the vaccine”.

While it is unclear what additional information WHO wants from Bharat Biotech, Dr Jammi Nagaraj Rao highlighted some concerns regarding Covaxin’s efficiency for The Wire Science. He pointed out that reaction to the Bharat Biotech’s analysis of an 80.6% efficacy should be tempered because it is based on interim data of just 43 cases of COVID-19 among the 25,800 people who had been recruited for the trial.

Another concern was that the preliminary results announced by Bharat Biotech didn’t mention confidence intervals (CI) for the efficacy figure, which describes the range in which the efficacy can vary.

“The total number of cases of COVID-19 observed is relevant here because if the analysis is based on too few cases, there is a high probability that any differences observed are due to chance, and not attributable to the vaccine,” Dr Rao wrote.

“In other words, it’s very likely that Covaxin is protective but the small number of ‘events’ (43) based on which the researchers are calculating efficacy means that we can’t be sure about exactly how efficacious it is,” he wrote.

The 95% CI for the efficacy of vaccines manufactured by Pfizer and Moderna is much tighter.

“Clearly the 95% CI can be much tighter, relative to the ‘background rate’. In qualitative terms, such tightness allows researchers and others to be more confident that the trial’s results demonstrate the vaccine’s effects and not the effects of any other events or chance. And until this is the case with the Covaxin phase 3 trial data as well, we must step cautiously,” Nagaraj said.

His article also noted that Bharat Biotech has not yet made available details of the demographics of patients who were recruited for the trial nor data on the side effects the participants experienced.