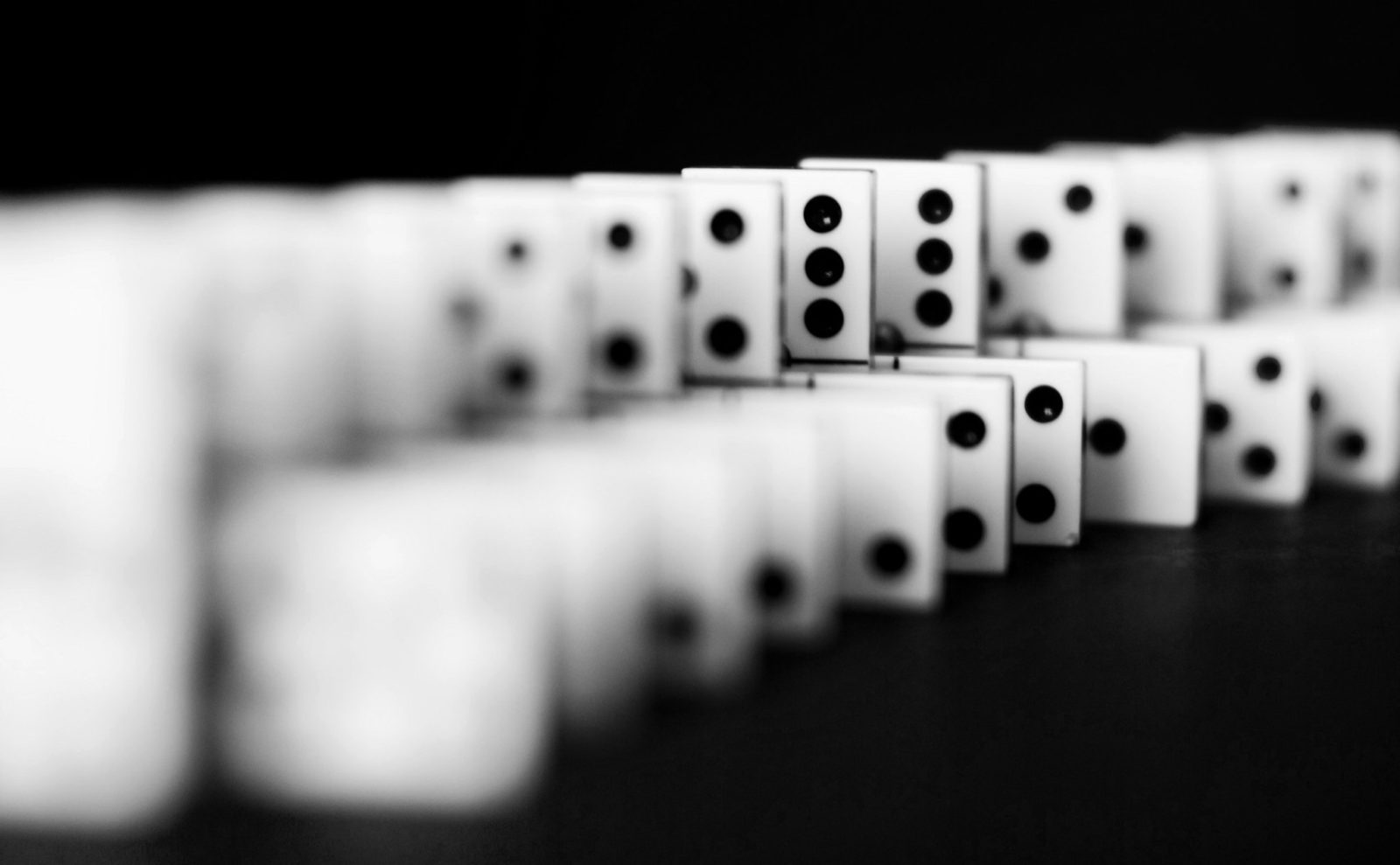 In mid-December 2020, when British foreign secretary Dominic Raab visited India, he made it a point to highlight India’s vital role in the international response to the COVID-19 pandemic. India, he noted, supplied more than 50% of the world’s vaccines, and 25% of the generic drugs used in the UK’s £120-billion-a-year National Health Service.

A week, it is said, is a long time in politics, and in the fortnight since that visit, much has happened. The British prime minister’s visit to India, that Raab was preparing the ground for, stands cancelled, and a media storm has swirled around the hasty and allegedly premature approval by Indian regulators of the vaccine candidates developed by two of India’s leading bio-pharma manufacturers: the Serum Institute in Pune and Bharat Biotech in Hyderabad.

The publicly available and known facts are sufficiently straightforward, and have been accurately set out by The Wire Science‘s editor. A brief recollection follows.

On January 3, 2020, the Drugs Controller General of India (DCGI) put out a press release dealing with regulatory approvals of three Indian vaccine candidates against infections of the novel coronavirus.

The DCGI recommended Serum Institute’s Covishield – which is the Oxford-AstraZeneca ChAdOx-1 vaccine by another name – for “grant of permission for restricted use in emergency situation subject to certain regulatory conditions.” Earlier, the subject expert committee of the Central Drug Standards Control Organisation (CDSCO) had based its recommendation on “safety, immunogenicity and efficacy data generated on 23,745 participants aged 18 years or older from overseas clinical studies”, yielding an overall vaccine efficacy of 70.42%. Serum Institute had also been permitted its own phase 3 trials involving 1,600 participants.

Second, the DCGI approved Bharat Biotech’s Covaxin vaccine candidate, which the company had jointly developed with the Indian Council of Medical Research (ICMR) and the National Institute of Virology (NIV), Pune, for “restricted use in emergency situation in public interest as an abundant precaution, in clinical trial mode, to have more options for vaccinations, especially in case of infection by mutant strains.”

The third vaccine candidate – Cadilla’s intra-dermally administered vaccine – was given a largely uncontroversial approval to proceed to a phase 3 trial.

Also read: How the COVID-19 Vaccine Candidates on the Horizon Work

So what was all the fuss and noise about? The controversy revolved around two  issues to do with Covishield and Covaxin. Neither had presented to CDSCO the results of their respective phase 3 placebo-controlled efficacy trials conducted with Indian participants.

The data pertaining to Serum Institute’s Covishield, that the CDSCO considered, was from a trial involving some 24,000 participants in the UK and Brazil. Based on this study, AstraZeneca estimated the vaccine candidate’s efficacy – explained here – to be around 70%. This and other results were then published in a peer-reviewed paper in The Lancet.

But even before this paper was published, multiple independent scientists had criticised the ChAdOx1 vaccine trials. Their areas of concern included the complex trial design – four apparently separate RCTs in three countries – a serendipitous dosing error leading to an interesting hypothesis, and allegations of dubious and selective sub-group analysis. But the controversy remained a scientific one and the UK’s MHRA approved the ChAdOx1 vaccine on December 30, 2020.

When India’s regulators considered Covishield, they did not have trial data from the Indian trials. All they had were the unpublished results of bridging studies in a smaller number of participants, which Serum Institute scientists had used to compare Covishield against ChAdOx1 among Indian recipients, and reported in an interim analysis that they were equivalent.

Given the emerging situation and the possibility of a new, highly contagious strain of the virus, we can argue that the CDSCO’s approval for Covishield was reasonable to some extent – certainly more so than the approval for Covaxin.

In Covaxin’s case, there was and is no phase 3 data in the public domain, or available to independent scientists who could verify or help improve the data. The most recent paper from the ICMR-NIV-Bharat Biotech team was a phase 1/2 study showing safety and immunogenicity. Covaxin’s developers themselves have published no figure as to what their vaccine candidate’s efficacy might be.

The controversy over these two vaccine approvals ran for several days across TV channels, newspapers and the social media. The debates have been noisy, and often devoid of the scientific, technical and statistical issues.

Bharat Biotech’s own press releases on its website raise questions. For example, on November 16, 200, the company announced the start of its phase 3 clinical trial. Five weeks later, on December 22, it celebrated the half-way milestone – the recruitment of 13,000 participants, out of a targeted 26,000. And just 11 days later, another press release claimed 23,000 participants had been enrolled.

Of course, it is hard to keep track of participants’ numbers on a day to day basis with any large clinical trial – but it is puzzling that on December 27, there were news reports that the trial was “thousands of patients short of its target of 25,800”. There were also reports that trial sites were under pressure to wrap up recruitment by the close of 2020.

Press conferences and interviews by the leaders of the two companies did no one any favours, either. Krishna Ella of Bharat Biotech and Adar Poonawalla of Serum Institute engaged in a most unseemly bout of mudslinging at each other’s vaccine products, before making up a day later with a joint statement.

Of greater import is the debate’s sharp polarisation. Where the critics and public health experts were concerned with the science and the lack of data transparency, politicians and civil servants chose to brand them as “out to get Indian companies”. Even Ella gave in to the temptation to seek sympathy as a victim of India-bashing.

The most egregious case was of the Rajya Sabha MP Subrmaniam Swamy. When Swamy referred to Covishield as an “angrez” vaccine (and to Covaxin as a “swadeshi” vaccine), Bharat Biotech publicly thanked him on Twitter. Not to be outdone, Union health minister Harsh Vardhan himself published a tweet casting the approvals as a government v. opposition issue.

News and commentary of the goings-on in India at the start of the New Year were not confined to the Indian media. There was international coverage as well. For example, Andy Mukherjee argued in Bloomberg that India’s vaccine nationalism was a global risk. In her account in The Guardian, Hannah Ellis-Petersen was less opinionated but did draw attention to the unseemly controversy. Stephanie Findlay of the Financial Times also focused on the absence of publicly available efficacy data for Covaxin.

This shambolic approach to regulatory approval in the midst of a pandemic leaves many victims – not least the reputation of India Inc. as a hub of science and technology, the integrity and honesty of which the government has been insisting the world can rely on.

The importance of trust in vaccine development and in robust clinical trials should have been paramount. Science and truth should have taken priority over politics and profit. This was important not only for public confidence in the vaccine candidates but also for the commercial success of the companies involved.

Also read: COVID-19 Vaccines: What We Lose When We Lose Public Accountability

Both Serum Institute and Bharat Biotech have international exposure and commercial interests worldwide. The latter hopes to partner with US-based biopharmaceutical start-up Ocugen to jointly develop Covaxin for the US market. Serum Institute is, of course, well-known in the global vaccine mass production business.

So companies’ reputations depend on an absolute commitment to scientific integrity and flawless delivery of safe and effective products at every turn. They are effectively brand names in their own right – and today, also brand ambassadors for the India, Inc. that Prime Minister Narendra Modi seeks to promote, even if the ‘Atmanirbhar’ (self-reliance) slogan is somewhat confusing.

The prime minister spoke on January 5 of India’s tremendous skill and talent, the need to develop new products and services, the imperative to sell to the world, and the need for quality. He also said “the world trusts India as a nation with credibility”. Let us hope the DCGI’s approvals haven’t dented this credibility.