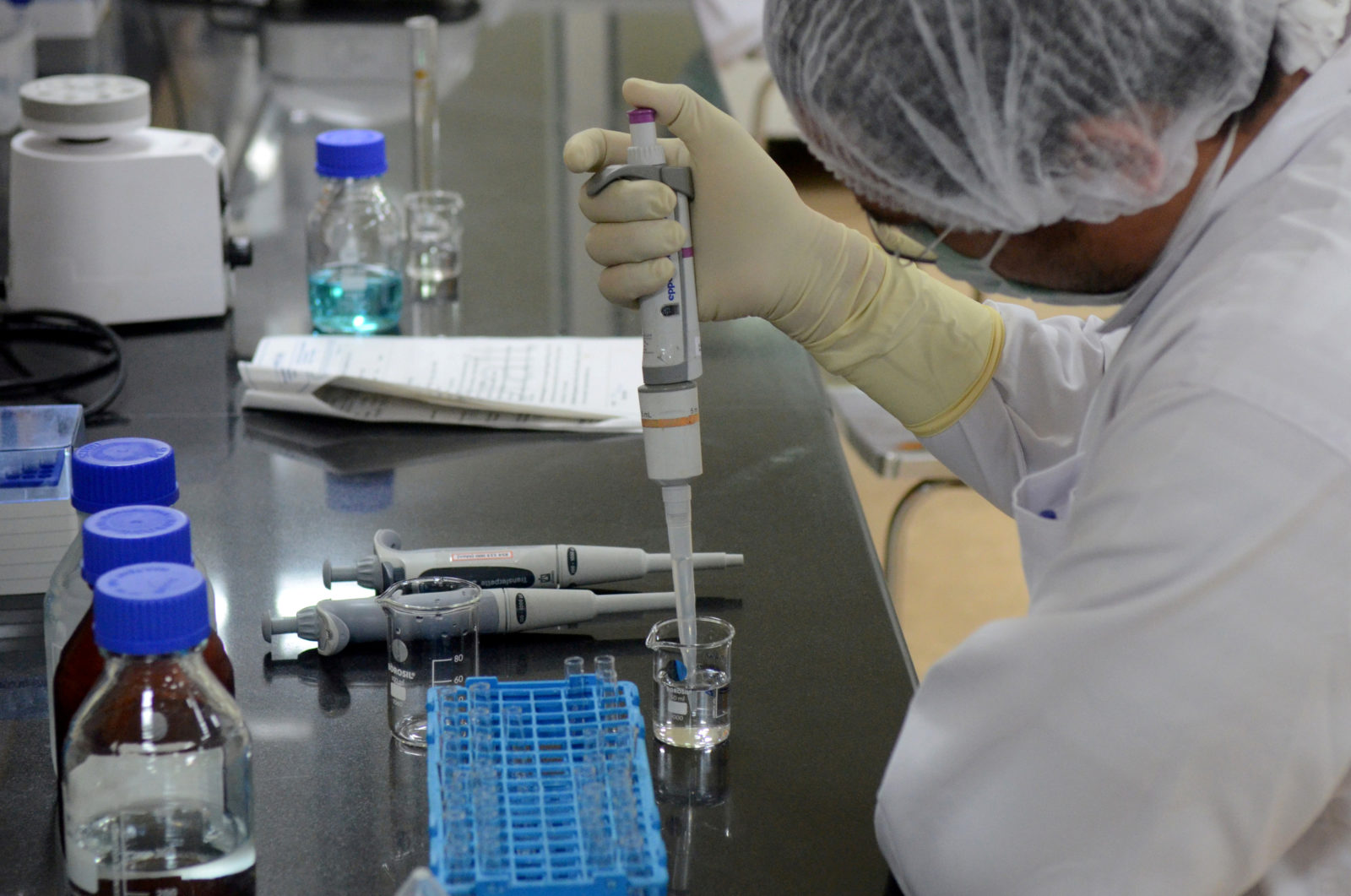 In Recruitment Notice, DST Highlights Bigamy as Clause for Disqualification

As of November 12, WHO listed 48 vaccine candidates in various stages of clinical evaluation. There has been a flurry of press reports announced of late as well, sharing preliminary and interim results of clinical trials.

First, on November 9, the US pharmaceutical major Pfizer announced early results from clinical trials of its vaccine candidate, developed with the German drug-maker BioNTech, claiming an efficacy of 90%.

Pfizer’s press release indicated that these early results were based on 94 confirmed cases of COVID-19 infection among trial participants, and the split between vaccine and control groups showed a greater than 90% efficacy at seven days after the second dose. The plan is to continue with the trial until the pre-agreed number of 164 cases have occurred. The final efficacy may be different.

Then, on November 15, the US National Institute of Allergy and Infectious Diseases (NIAID) of the National Institutes of Health announced an even more promising result from phase 3 clinical trials of the Moderna vaccine candidate. It reported an efficacy of 94.5% in a first-cut analysis of the trial data, after 95 cases of COVID-19 had been reported among trial participants – 90 in the control arm (of which 11 had severe COVID-19) and five in the vaccine arm.

Both the Moderna/NIAID and Pfizer vaccines are mRNA vaccines and require ultra-cold storage.

The Oxford-AstraZeneca collaboration took a different approach, using a chimpanzee influenza virus as a vector to deliver the novel coronavirus’s spike protein into the body. This was the first vaccine candidate to enter human trials but it ran straight into controversy when Oxford University announced the interim results of their complicated suite of trials on November 23. The collaboration claimed efficacies of 62% and 90% depending on the dosing regime. And it soon transpired that the regime that delivered the impressive 90% efficacy – an unusual sequence of a half-dose followed four weeks later by a full dose – had been found by accident. A contractor conducting the trial had somehow administered a lower-than-intended dose to a number of trial subjects.

Whether this was an unfortunate error or a lucky mistake will become obvious when AstraZeneca executes a full phase-3 clinical trials of the new modified dose regime.

Meanwhile, on November 16, Suchitra Ella, the cofounder of Hyderabad-based Bharat Biotech, announced on Twitter the start of phase 3 trials of its vaccine candidate, called Covaxin. With a planned 26,000 participants, the company claimed it would be India’s biggest clinical trial.

At this point, it’s like public buses. You wait for a long time and then two turn up at once. It’s the same with the novel coronavirus pandemic. Right from day one, every expert told us that – miracles excepted – the only realistic hope of a return to normal was a safe, effective, affordable and acceptable vaccine. And now we have not one but at least four on the near horizon of regulatory approval.

But before we get excited, we need to understand what vaccine efficacy really means, and safety as well.

This is of course a deliberately simplified situation. The Oxford vaccine trial had a more complicated structure, with sub-trials within the overall programme, creating some confusion.

Next, as I described in a previous article, safety is of even greater concern in vaccine research than with drug research. The trade-offs between benefit and harm have to be heavily skewed away from harm in the case of a vaccine. And while each of the early trial results that have been announced for the four vaccine candidates thus far also claim not to be associated with serious adverse effects, only alert regulators can perform the final assessment with all the data submitted to them for approval.

As Katherine O’Brien, director of the department for immunisation, vaccines and biologicals at WHO, said in a statement, “There is only so much that can be said in a press release. The data needs to be reviewed and questions asked.”

From efficacy to effectiveness

The received wisdom is that a vaccine can effectively combat a microbiological disease if its efficacy is 60% or higher. Recall that the aim of an immunisation programme vis-à-vis COVID-19 is to build up herd immunity and break the virus’s chains of transmission. This depends on several factors – chief among which are population coverage, whether the vaccine’s efficacy wanes with time and the need for booster doses.

Examples of high-efficacy vaccines that have failed to prove effective are polio and MMR (measles, mumps and rubella, administered as a combination). The opposition to polio vaccine in violence-prone parts of the world has allowed repeated outbreaks of poliomyelitis in those areas even as the disease has been successfully eradicated in neighbouring countries. Due to opposition to the MMR vaccine in some richer parts of the world, population uptake has declined to levels that then fail to prevent mumps outbreaks.

Against this background: It’s almost certain that India will soon have access to supplies of a vaccine, or vaccines, with adequate efficacy. The Serum Institute of India, Pune, expects to manufacture 100 million doses of the Oxford-AstraZeneca vaccine and will make enough stocks available for India’s use. India has also contracted to purchase Russia’s Sputnik-V and Bharat BioTech’s Covaxin vaccines.

The task now for India is to convert these (hopefully ultimately) efficacious vaccines into an effective immunisation programme. So far, we have had some news reports regarding the price – the Oxford vaccine is expected to cost Rs 1,000, for example – and priority groups, but we shouldn’t underestimate the scale of the task ahead. One question we must tackle head-on and early is whether immunisation will be available for free to all, as the ruling Bharatiya Janata Party has promised in Bihar state, if it will be pay-per-use or if it will be a combination of the two.

Considering the ongoing pandemic is a major public health emergency with far-reaching consequences for the people’s health and welfare, and bearing in mind its crippling economic effects, there is a strong argument to be made for distributing the vaccine at no cost to its final recipients – the people.

Vaccine stocks will lag demand, at least in the early months. So we need a detailed and written strategy, with identified leadership, wide consultation, a costed delivery mechanism and transparent accountability. But on these counts, India will have a hard time because it hasn’t invested in a public health structure fit for this purpose.

The Indian Council of Medical Research has skills but in the wrong area. Immunisation is less about research and more about planning and administration. State governments will need to rapidly strengthen and fortify the state-level health services and departments to undertake most of the work, through existing mechanisms of district and block-level bureaucracies. And as much as the government has run down NGOs and charitable institutions, such organisations can provide vital last-mile delivery options for those hardest to reach.

Thus far, none of this has happened – at least not in a visible and transparent manner. The Union health ministry has countered rumours of preference to big cities. Nandan Nilekani has suggested the need to link the immunisation programme with Aadhaar, apparently to avoid wastage and duplication – and the government has bought into this proposal. This is nonsense and public health leaders must resist it. With a distributed and devolved system of immunisation, it is possible to achieve as rapid uptake as is compatible with vaccine supplies, without the need for cumbersome verification of individuals.  Worries about duplication are overblown and theoretical.

A more practical fear is theft – and the government should install mechanisms that check pilferage, hoarding and diversion of stock into the black market. Such things have already happened with drugs believed to help with COVID-19 infections, like remdesivir.

The novel coronavirus pandemic presents a unique opportunity to build the case for a publicly funded primary health service, and there can be no better advertisement for its worth than a successfully delivered COVID-19 immunisation programme. India’s early handling of its epidemic was at best inept and at worst detrimental to successful control. The imminent availability of an effective vaccine offers real hope for the country to come together and defeat this scourge of our generation.

But for that to happen, the Government of India must resist the temptation to gain political traction. Instead, it must lead the states towards devising and implementing a safe and effective structure to deliver an immunisation programme at pace and scale.