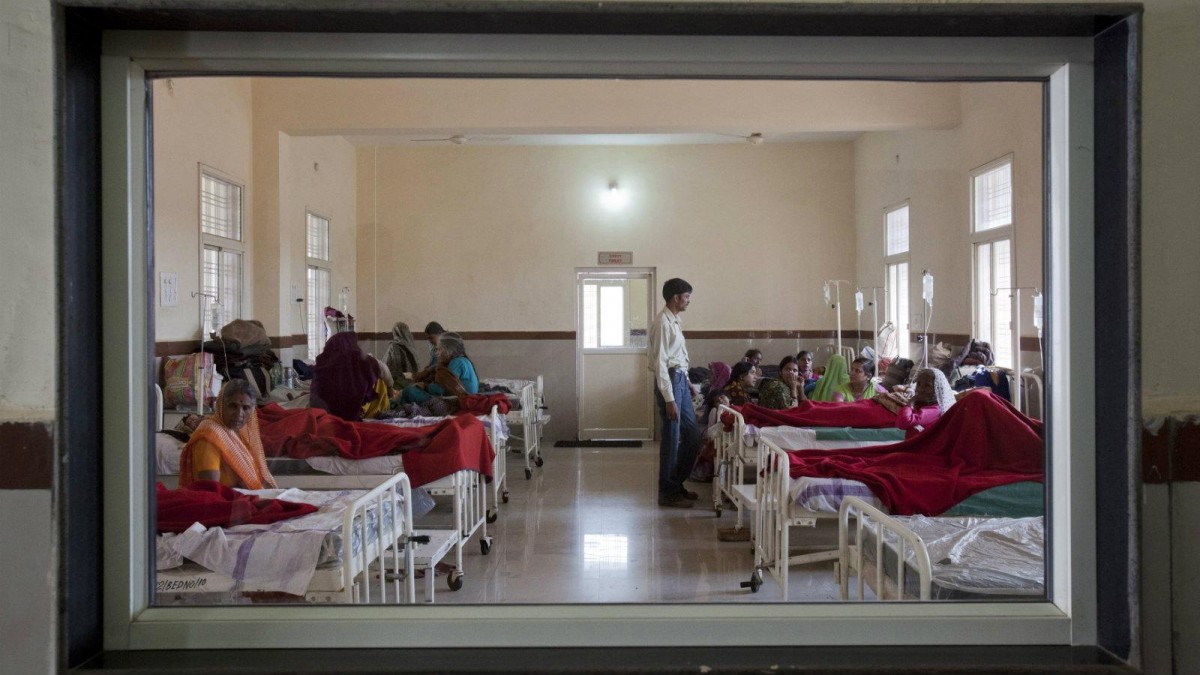 Saraswati: The River That Never Was, Flowing Always in the People’s Hearts

New Delhi: As political parties prepare their manifestos, a string of public health professionals have been preparing “health manifestoes” with the demand to make healthcare a priority.

Four such documents have been released by civil society in the past few months. Seen together, they provide a thorough look at the number of issues plaguing Indian health care and how political parties can address them.

Comment your email IDs to receive the soft copy of people’s health manifesto by JSA towards the 2019 General Elections. pic.twitter.com/vLL6DVQqoC

In December, the Alliance of Doctors for Ethical Healthcare (ADEH), released an eight point document for political parties.

In February, a range of civil society leaders released a document called ‘Reclaiming the Republic.’ This also has a chapter on health reforms.

This month, the Vikalp Sangam has also released a ‘People’s Manifesto For a Just, Equitable, and Sustainable India’ with a chapter on health and hygiene.

The manifesto boldly calls for the entire programme to be abandoned. This insurance programme was announced by the current BJP government in the 2018 budget and received a big boost in this year’s budget, going from Rs 2,000 crore to Rs 6,400 crore.

Various estimates have said the scheme could actually cost the government anything between Rs 12,000 crores to Rs 50,000 crores and the manifesto says this would be “much better utilized by investment in expansion of public facilities and creation of permanent public assets.”

The health professionals also say the government should abandon public-private partnerships and stop working with multi-lateral organisations or corporate consultancies. Ayushmaan Bharat is however looking to operate largely on a public-private model, with the government offering to fund and subsidise the private sector, as The Wire has reported.

Health as a well-funded right

The manifesto says that the public health system should be “democratized and expanded exponentially” and that policy making should be scientific and also pro-people.

It also asks for an increase in public health financing through taxation, to at last 3.5% of India’s GDP. This money should go towards decreasing out of pocket spending and increasing human resources. ASHA workers, anganwadi workers and others in the public health system should be well paid and protected from unfair treatment.

Essential drugs and diagnostics should be entirely free, with lessons learnt from schemes already running in Tamil Nadu, Delhi and Rajasthan. Vaccines should also be made more easily available and drug discovery and production needs government help, says the manifesto. Generic medicines should be promoted.

Corruption in healthcare needs to be tackled. The document says attention needs to be paid to medical education, to appointments and funding in the public health system and to the business models of private hospitals.

A range of health manifestos

While JSA’s manifesto and its 29 points is broad in its sweep, the eight-point manifesto released by ADEH in December placed specific focus on pricing and corruption in the medical field.

They asked political parties to find ways to control the prices of drugs and devices, such as through trade margin caps. They also urged governments to not leap into private health insurance tie ups. Medical education should be cleaned up, with tuition fees regulated, said this document.

In February, ‘Reclaiming the Republic’ released six key points in their manifesto, for political parties to look into. Their primary thrust area was also an increase in health care spending, to at least 3%.

Further, they asked the government to promote cheaper generic drugs and through a pooled procurement of drugs, which will bring down prices even further. They also focused on issues with human resources in health care, suggesting that there be a public health cadre for primary care and workers should not be temporary or contracted but should be permanent staff.

Vikalp Sangam’s ‘People’s Manifesto for a Just, Equitable and Sustainable India’ released this month focusses on health and hygiene. This manifesto says that ill health needs to be improved by focusing on its many basic components, many of which are social determinants for health such as nutrition, water, sanitation and the environment.

It also says that medical systems should be pluralistic and integrate modern medicine with traditional, indigenous medicine, nature cures, Ayurveda, Unani and so on. This idea has been echoed in all manifestos except ADEH’s.

The Wire Science@TheWireScience
2 Following 26.3K Followers
Cloudbursts, cyclonic storms, landslides and floods, Kerala has faced it all. With increasing extreme weather even… https://t.co/CkIZVtTzOR
18 hours ago
1 5
The James Webb Space Telescope, though in many ways, will succeed NASA’s Hubble telescope, is being met with object… https://t.co/i8bpQB9WfW
19 hours ago
1
Out of 65 persons named by CPI, 11 have been indicted for irregularities in the Covaxin deal. Both the Brazilian… https://t.co/Xf0A1G3H3K
21 hours ago
2
Did you know that apart from using coconut palm fronds and portia trees as a fish aggregator, fishermen also use an… https://t.co/9BJjFf2OWU
22 hours ago
2 5
Some would-be delegates of the COP26 in Glasgow say they’ve been unable to access the help, or that it doesn’t go f… https://t.co/M36haK0VXd
23 hours ago
1
Implementation of the Mental Health Care Act 2017 on the ground has been slow – but there have been significant dev… https://t.co/pD7yKtAR8C
24 hours ago
1
Should there be limits to how far we go to protect biodiversity, especially when we value ‘naturalness’ so much tha… https://t.co/YZndUAhPhH
1 day ago
1 3
In India cannabis finds itself in the national spotlight, prompting a reexamination of its illegality. The scientif… https://t.co/MPm5YevEwd
1 day ago
1 3
Climate change is “likely to increase the risk of instability in countries in Central Africa and small island state… https://t.co/ivF23MTBhI
1 day ago
2
Heat, drought, water availability and ineffective government make Afghanistan specifically worrying. Water disputes… https://t.co/FtifranqXD
2 days ago
1 2
The report pulls up Jair Bolsonaro for holding out for India’s Covaxin even though it was still in phase 3 trials,… https://t.co/sTu5yiTAyK
2 days ago
2
South Korea’s first domestically built space rocket blasted off on Thursday, but failed to fully place a dummy sate… https://t.co/3Z6YCWds1O
2 days ago
2
The cumulative doses administered in the country so far under the nationwide COVID-19 vaccination drive has exceede… https://t.co/Zekc78t7ZQ
2 days ago
2
While some climate projections do look past 2100, these longer-term projections aren’t being factored into mainstre… https://t.co/0hRKU7QQQp
2 days ago
3
“I am worried that the COP will lack representation from African continent.” The high cost of hotels, COVID-19 tra… https://t.co/paQKS5mgHA
2 days ago
1
Contact us