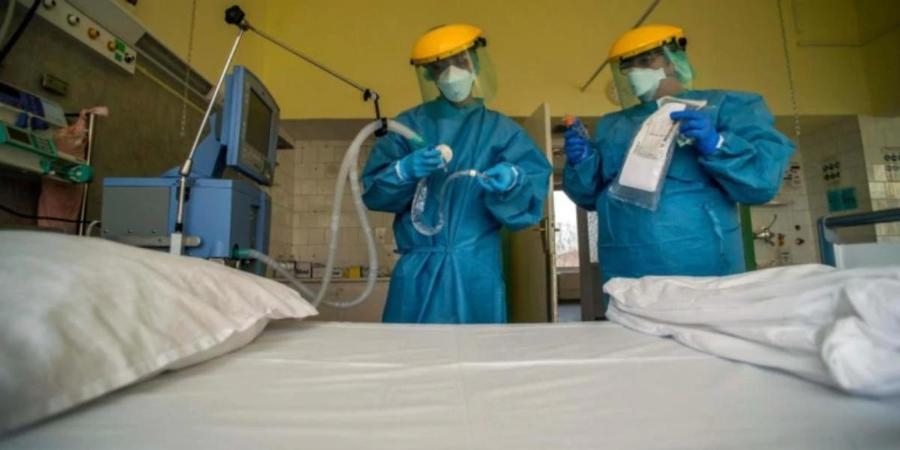 UK To Add Covaxin To ‘Approved List’ From November 22

New Delhi: In 2020, the Government of India set up the Prime Minister’s Citizen Assistance and Relief in Emergency Situations (CARES) Fund that it said would mobilise help to various parts of the country as the country’s first major COVID outbreak was taking shape, and a brutal second one on the horizon.

Under this initiative, the noted Shri Maharaja Hari Singh (SMHS) Hospital, Srinagar, received a batch of 165 ventilators from the Fund. And an application under the Right to Information (RTI) Act has now revealed that hospital authorities found all 165 units to be defective either during tests or when operated with patients.

India experienced a crucial ventilator crunch last year. Severe COVID-19 impairs lung function considerably, which means patients need these devices to be able to continue breathing. The government put out calls for enterprising engineers and doctors around the country to develop and manufacture more ventilators than were available, while groups of scientists also banded together to make their own efforts.

However, the programme was marred by two problems. First, a company to which the PM CARES fund – operated by Prime Minister Narendra Modi and a coterie of senior ministers – awarded a contract for 10,000 ventilators was found to have never made ventilators before.

Second, the government didn’t set out any standards that ventilator designs would have to comply with, mixing up the features that were available with each candidate as well as slowing work itself.

India’s second major COVID-19 outbreak was marked by a shortage of oxygen, not ventilators. Nonetheless, while hospitals may have a sufficient number of ventilators today, their quality remains unclear. And the latest RTI finding is revealing in that regard.

As it happens, the Fund’s operators sent the 165 units to the SMHS Hospital even though the Jammu and Kashmir union territory hadn’t asked for them.

The RTI application had been filed by a Jammu-based activist named Balvinder Singh, with the Department of Health and Medical Education. The department’s answers were to 15 questions Singh had had about the ventilators received from the Fund.

And according to the reply received, most of the devices were unable to meet the conditions required to “support patient care management” and that they would “stop automatically”, putting “patients at risk”.

Singh told The Wire he was prompted to file his RTI application after he found from conversations with doctors that “a large number of the supplied ventilators were not up to the mark and were not generating the required tidal volume”.

“But [the doctors] were not ready to speak in the open or provide the correct details about the defective ventilators, maybe due to compulsions or pressure from some quarters,” Singh added.

He said he was encouraged to continue his enquiries after a member of the hospital’s anaesthesiology department “admitted that three kinds of ventilators” that [Srinagar] had received from different sources “were not generating the required tidal volume” nor the fraction of inspired oxygen – the amount of oxygen available to the lungs.

Singh filed his RTI around the middle of 2020. It was only his first appeal that elicited a proper answer, on September 25, when the head of the department of anaesthesiology and critical care at the Government Medical College (GMC), Srinagar, replied with a detailed letter. It confirmed what doctors had told Singh.

First, Srinagar had received from three sources, and they were all defective. Second, the GMC’s department of anaesthesiology and critical care hadn’t put in a request for ventilators from the PM CARES Fund. But it received some units anyway following a reported requisition request from the superintendent of the SMHS Hospital.

Jyoti CNC had reportedly received Rs 121 crore to supply 5,000 ventilators to HLL Lifecare, the government-owned company tasked with acquiring ventilators for India’s hospitals. The devices AgVa sold to the government were priced at Rs 1.8 lakh apiece.

“Bharat Ventilators” likely refers to Bharat Electronics Limited (BEL), the government-owned defence electronics company, according to a different RTI application from August 2020. It sold 30,000 ventilators to HLL for Rs 1,513.92 crore.

The anaesthesiology department member wrote that the department received 37 units made by Bharat Ventilators, from the medical superintendent of the SMHS Hospital, and that GMC staff set about testing them.

“However, all these ventilators [were] returned to the medical superintendent of SMHS Hospital due to compressor/heat-up problems, which resulted in sudden shut-down of these ventilators,” the letter that Singh received said.

The three units from AgVa ventilators were installed at SMHS hospital but they were typified by non-functional displays or problems with generating a sufficient tidal volume”.

The 125 units from Jyoti CNC – with the brand name ‘Dhaman III’ – were stationed at the DRDO Hospital in Khanmoh, Srinagar. Two that had been tested at SMHS, however, didn’t elicit a sufficient tidal volume and also stopped working “automatically”.

Jyoti CNC had said in August 2020 that the Directorate General of Health Services, under the Union health ministry, had tested the Dhaman III and qualified it for service.

The DRDO hospital also has 22 more units made by AgVa Ventilators that are being put through their paces, the letter said.

The RTI reply’s revelations reinforce questions that have been hanging over two of the three implicated vendors – Jyoti CNC and AgVa.

AgVa was one of the companies that lost out to the one that had never made ventilators before. Its contract with HLL to supply 10,000 ventilators has also been called into question because of doubts that it was awarded before the technical committee the health ministry setup to evaluate applications was constituted. Similarly, Jyoti CNC received an advance payment for its contract – only for the technical committee to withhold its recommendation for the company.

That the ventilators are now lying unused is not entirely new either. In May 2021, for example, the Aurangabad Medical College said that 58 of the 150 Dhaman III ventilators it had received from Jyoti CNC were “faulty”. All these units had been funded with money from the PM CARES fund.

The college also alleged that technicians from Jyoti CNC called in to fix some malfunctioning ventilators were unable to help.

More broadly, in June 2021, the New Indian Express reported that 5,500 ventilators were gathering dust in the health ministry’s warehouses. In the same month, Scroll.in found that health workers in both BJP- and non-BJP-ruled states had problems with the ventilators they had received, and that the ventilators the Centre had purchased from well-known manufacturers weren’t sent to the states but had been retained for its own use.

Also read: When Delhi Gasps for Oxygen, Not All Hospitals Are Equally Affected

Singh has now written to the Chief Justice of the Jammu and Kashmir high court requesting “serious cognisance of the ‘defective ventilators’ supplied to J&K UT through PM CARES Funds”.

He also sought directions to the UT’s chief secretary – to constitute an expert committee to examine all ventilators received from the PM CARES Fund – and strict action against the offending suppliers. He has also requested disciplinary action against health department officials for endangering patients.

With inputs from Vasudevan Mukunth.