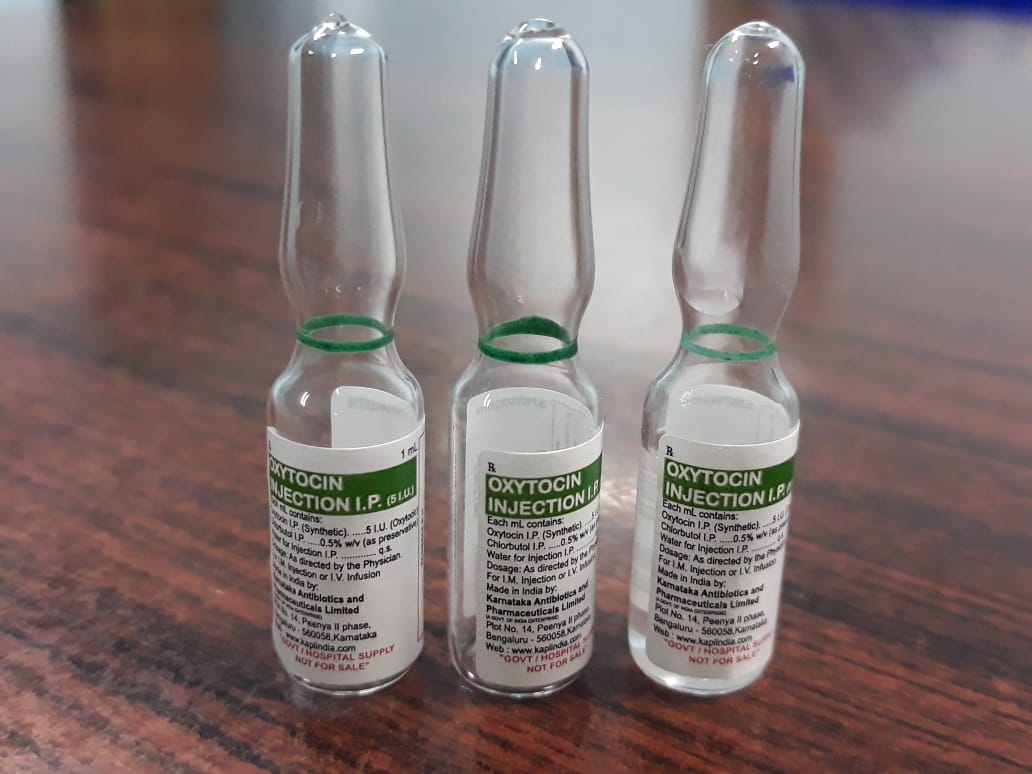 New Delhi: Stating the importance of life-saving drug Oxytocin for young mothers and obstetricians, the Indian Medical Association (IMA) has demanded a reconsideration of the government’s policy which prohibits the import of the drug and restricts its manufacture for domestic use.

The Union health ministry had exclusively handed over the production of oxytocin to Karnataka Antibiotics and Pharmaceuticals Limited (KAPL) after reports of misuse of the drug in the dairy sector came to light.

The IMA has claimed that KAPL does not have the experience or the capacity to handle this huge responsibility.

As per the company’s record, any bulk production would take over four years, which raises questions whether a single public sector company is competent enough to supply the needs of the entire nation.

“IMA would hold the government responsible for shortages in oxytocin and unfortunate consequences,” said R.V. Asokan, honorary secretary general of IMA and a medical practitioner.

IMA has no objections to KAPL for manufacturing Oxytocin solely for veterinary purpose if indicated, but by curtailing the manufacturing of a life-saving drug will only create an artificial bottleneck and shortage, said Santanu Sen, national president of IMA.

“It (Oxytocin) is listed in the essential medicines list of World Health Organisation (WHO). Restricting its manufacture to one company could jeopardise the lives of many young mothers by increasing the incidence of hemorrhages post-child birth, leading to subsequent morbidity and mortality,” Sen said.

Oxytocin is also provided to pregnant women during and post-child birth to control bleeding.

India accounts for 20% of global maternal deaths with 56,000 casualties annually, the IMA said, adding that latest data suggests that postpartum hemorrhage (PPH) contributes around 22% to the maternal mortality cases in India.

In Large WHO Survey, a Picture of Reckless Formula Milk Marketing