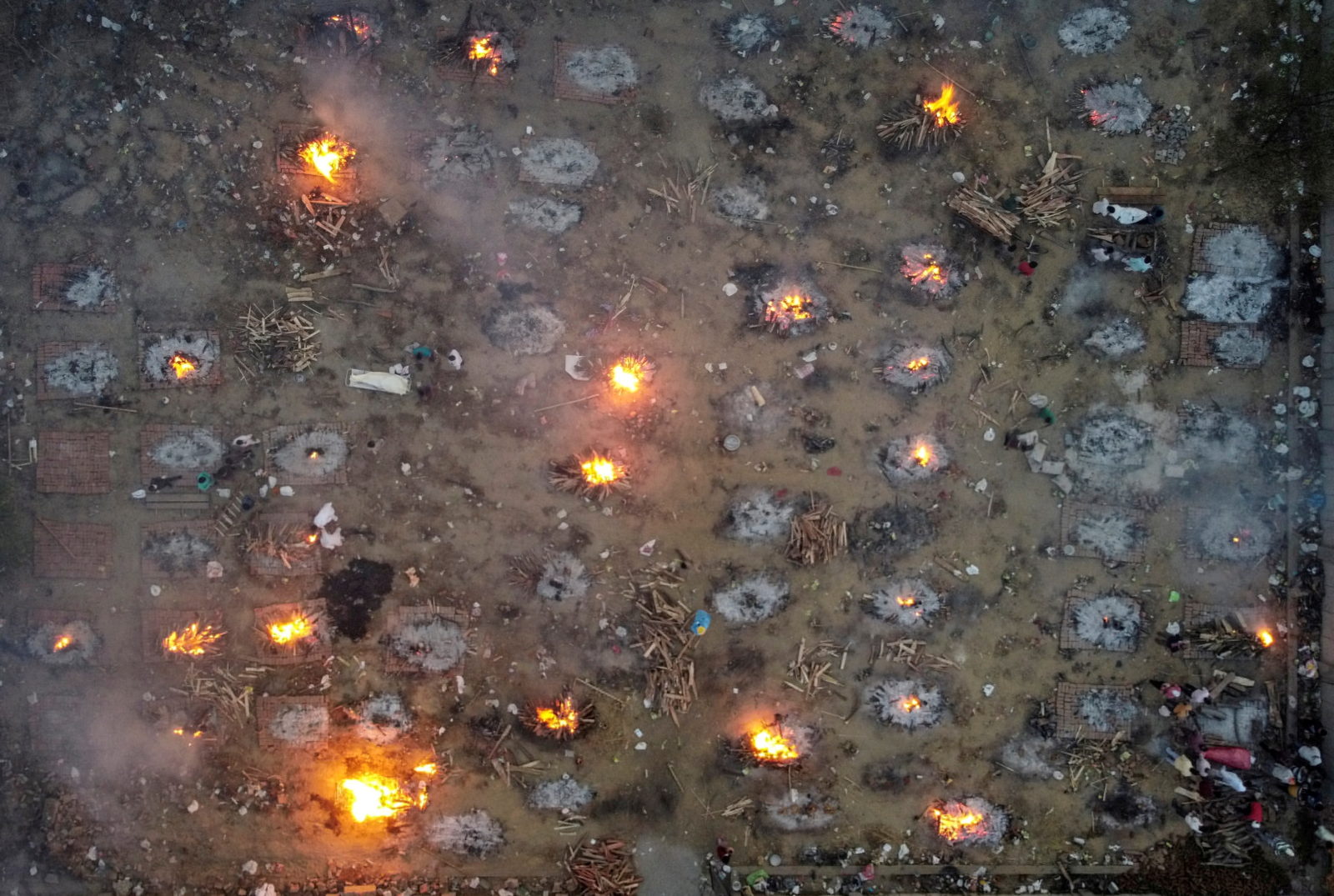 New Delhi: For the past year, there has been intense debate on how many cases of and deaths due to COVID-19 are being underreported in India. In April and May 2021, when the second wave took a devastating toll on the country, media reports highlighted instances of graveyards running out of space, cities setting up temporary cremation grounds newspapers carrying several pages of obituaries as signals that official counts were missing a large number of deaths.

However, experts have asserted that these are not reliable indicators to reveal the true count of coronavirus deaths. By relying on death registrations during the pandemic and comparing them to the corresponding periods in past years, a series of articles published in The Hindu has attempted to arrive at a more accurate death count. They estimate that in Gujarat, the actual death toll due to COVID-19 was 10 times higher than the official figure, while in Kolkata, it could be four times higher. In 2020, Chennai saw 20% ‘excess’ deaths, the newspaper estimates.

As The Wire Science pointed out in an article published earlier this month, there are three possible sources of “missed” COVID-19 deaths: people who have tested positive for COVID-19, but their deaths were registered as “non-COVID-19 deaths” or registration was missed entirely; deaths of people who had COVID-19 but were never tested; deaths of COVID-19 positive people were “intentionally suppressed” to keep counts low.

The article suggested that to arrive at a more accurate count, journalists should seek “all-cause mortality” data for the pandemic years and for previous years as a comparison. India’s civil registration system, which is supposed to register all deaths, at home or in a hospital, would be an indicator of this. “In 2018, the last year for which estimates are available, the Office of the Registrar General and Census Commissioner of India estimated that 86% of all deaths were reported to civil registration authorities,” the report said.

That is what the articles published by The Hindu do.

In Gujarat, the Registrar General and Census Commissioner of India considers civil registration of deaths to be complete or at 100%.

However, since 2020 was also a pandemic year and – much of April and May 2020 saw a very harsh lockdown, this “likely prevented or delayed many deaths from being registered” The Hindu says. Therefore the newspaper registered deaths in Gujarat in 2021 to “estimates of baseline mortality from previous years”, which was 82,500 for the 71-day period between March 1 and May 10.

“The 1.23 lakh registered deaths in Gujarat during March 1-May 10, 2021 were thus 50% higher than expected from baseline estimates. Moreover, the current COVID-19 wave may have caused delays in registration — the scale of the mortality surge could be even greater,” the report adds. However, in the same period, the official COVID-19 death toll was 4,200, which means that the ‘excess deaths’ are ten times higher.

The authors, however, warn that all Gujarat’s excess deaths cannot be assumed to be COVID-19 deaths. “Some may reflect overwhelmed health-care facilities or worsening economic conditions,” they say.

Also Read: The Importance of Knowing How Many Have Died of COVID-19 in India

In Kolkata, The Hindu‘s report relied on data from the city’s municipal corporation. It suggested that the number of excess deaths in 2021, compared to previous years was “as high as 4.5 times the official recorded figure of 1,371 COVID related deaths”.

The number of excess deaths was highest in April and May 2021, which was estimated to be “6.87 times the officially recorded figure of 1,198 deaths”. A similar analysis shows that between April to December 2020, COVID-19 deaths could have been undercounted “by a factor of 2.37 for 2020, much less than the undercount factor in the second wave”.

The estimated undercount in Kolkata in much higher than other metro cities, the report says, speculating whether this could be the result of assembly elections that were conducted over eight phases in West Bengal, which coincided with a sharp spike in cases and deaths.

In West Bengal, civil registration is not yet complete. In 2018, the Registrar General of India had estimated that about 91.8% of all deaths in West Bengal were registered. The authors of this report also say that all excess deaths should not be assumed due to COVID-19.

The scale of undercount was lower in Chennai, which saw a 20% increase in deaths in 2020 over the average of the five preceding years, “the highest single year change in a decade”. Officially, the city recorded just 4,000 deaths from COVID-19 in 2020.

“More deaths have been reported in the first four months of the year than during any similar period in the last decade. The ‘excess mortality’ in 2021, which could include other deaths, is also nearly four times the reported COVID-19 death count of 730 deaths for the same period,” The Hindu says, relying on data from Chennai’s municipal corporation. The report says that in Mumbai too, ‘excess mortality’ for 2020 mirrors that of Chennai, registering an increase of nearly 20%.

Undercounting is a problem across the world, not just in India. However, experts estimate that in India, the scale is much larger. In January 2021, the World Health Organisation had estimated that actual deaths were at least 1.6 times more than the recorded ones.