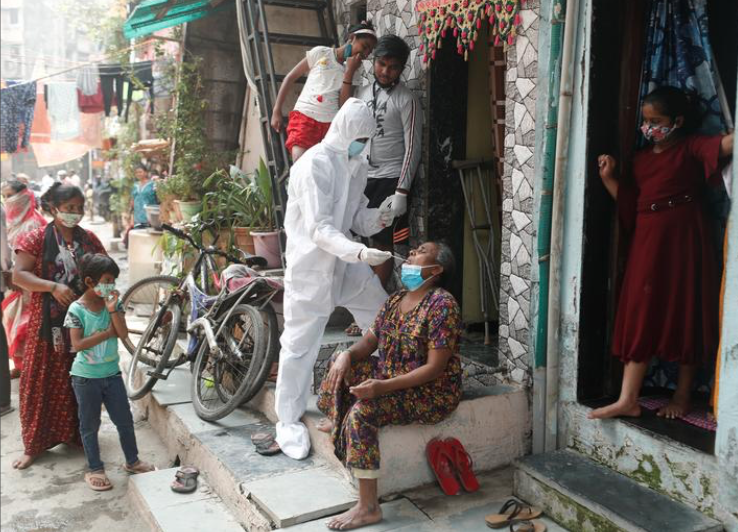 A healthcare worker collects a swab sample from a resident during a testing campaign for COVID-19 in Mumbai. Photo: Reuters/Francis Mascarenhas

New Delhi: India saw 81,466 new coronavirus infections being reported in a span of 24 hours, the highest single-day rise in six months, taking the COVID-19 tally of cases to 1,23,03,131, according to the Union health ministry data updated on Friday.

The single-day rise in cases is the highest recorded since October 2, 2020, while the death toll increased to 1,63,396 with 469 daily new fatalities, the highest since December 6, the data updated at 8 am showed.

Registering a steady increase for the 23rd day in row, the active cases have increased to 6,14,696 comprising 5% of the total infections, while the recovery rate has further dropped to 93.67%, the data stated.

As many as 81,484 new infections were recorded in a span of 24 hours on October 2 while 482 daily deaths were registered on December 6.

The number of people who have recuperated from the disease surged to 11525039. The case fatality rate stood at 1.33%, the data stated.