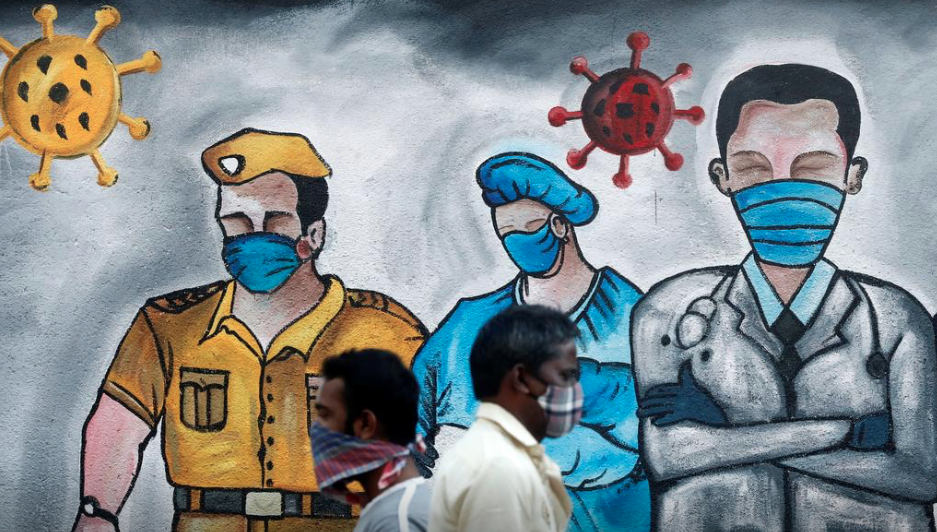 Men walk past a mural of frontline workers amid the spread of COVID-19 in Mumbai, India. Photo: Reuters/Francis Mascarenhas

Bengaluru: India has detected the coronavirus variants first detected in South Africa and Brazil. People returning from those countries may be tested more aggressively, health officials said on Tuesday.

The Indian government is now considering mandating RT-PCR (reverse transcription polymerase chain reaction) tests for all people coming from Brazil and South Africa, as is being done for those flying in from the United Kingdom. India has so far reported 187 cases of infection with the B.1.1.7 variant.

“There are no direct flights from South Africa or Brazil, so the health ministry and the civil aviation ministry are in touch on the steps to be taken on the matter,” Health Secretary Rajesh Bhushan told a news conference.