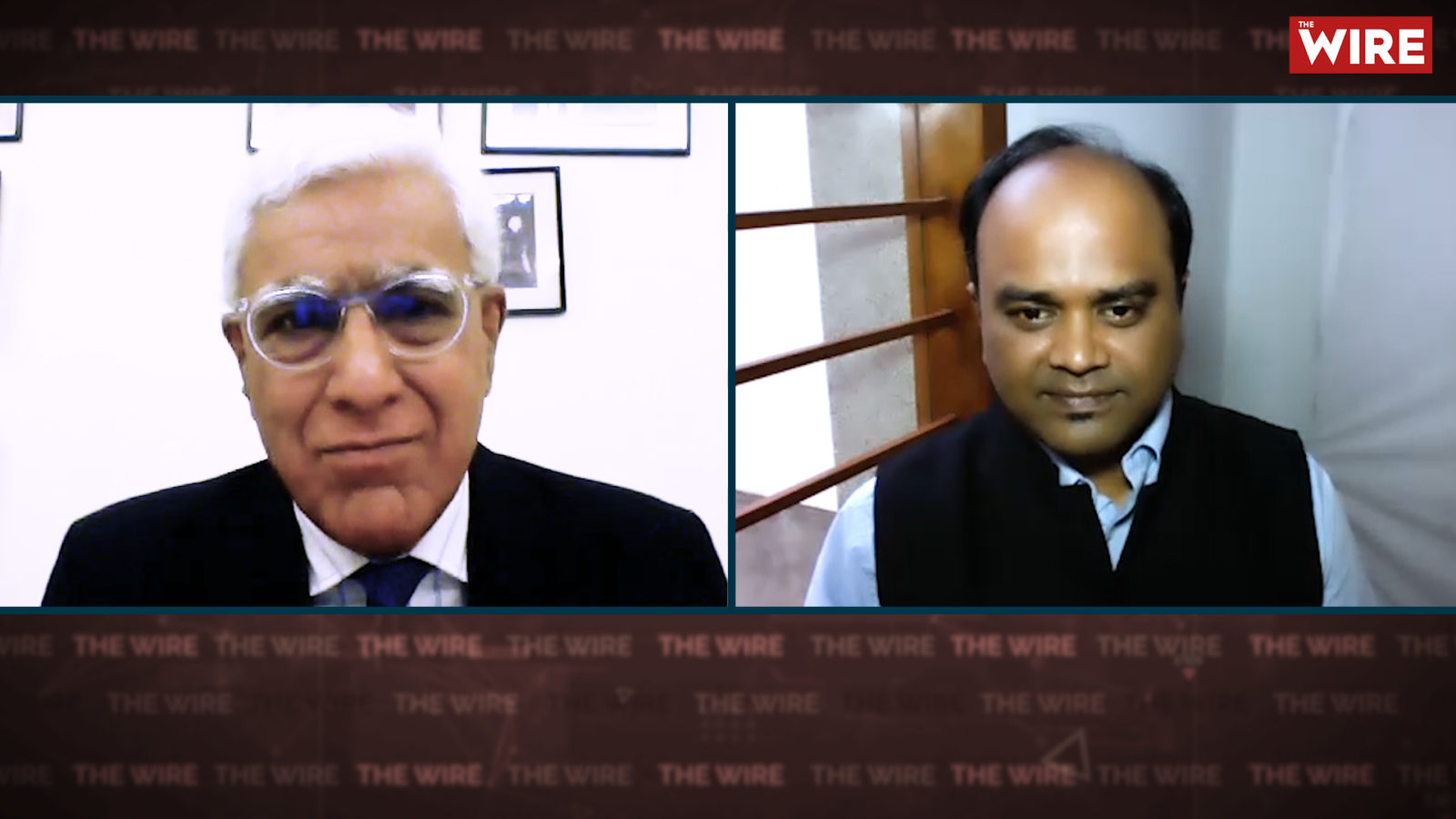 WHO Urges Countries To Donate COVID-19 Vaccines as Supplies Tighten

At a time when coronavirus cases are increasing by nearly 60,000 a day – and the rolling seven-day average of daily cases has increased by nearly 330% in the last month – one of India’s foremost epidemiologists has warned that if the government and the people of India do not act immediately the second wave could be worse than the first.

Giridhara Babu, Professor of Epidemiology at the Public Health Foundation of India, says the nationwide R number1 has already reached 1.65. More significantly, it has crossed 1 in 19 states. An R no of 1.65 means that for every 10 people infected a further 16.5 will be infected by them.

In a 35-minute interview to Karan Thapar for The Wire, Babu said that it’s clear the UK variant has reached community spread levels in Punjab. In addition, it may well have spread to many other states. Speaking about Maharashtra, where the government itself has admitted that 15-20% of samples sent for genome sequencing are of the new double mutant variety, Babu said it seems there are several worrying clusters in that state where mutant viruses are spreading at a fast rate.

Babu also told The Wire that Nimhans Laboratory has established yet another Indian variant strain in Bangalore. He says nearly 44% of the outbreak in Bangalore is because of this variant. This variant has also been found in Andhra Pradesh.

Speaking about the situation facing the country as a whole, Babu said there have been significant changes in the agent (the virus), the host (the population) and the environment which are fuelling this second surge. In terms of the agent he said there is definitely a growing presence of more infectious strains. Speaking about the host he said coronavirus appropriate behaviour has been virtually forgotten across the country. Secondly, he added, he fears antibodies from earlier infections are waning and there’s a possibility of reinfection in some cases. As regards the environment, he said everything has opened up and potential super spreader events are increasing.

Asked specifically whether the government needs to put a curb or restraint on the election campaigns in five states, shahi snans at the Kumbh Mela in April and Holi on Monday, Babu responded in general terms and said everything needed to be done to stop super spreader events from being held.

However, Babu is not in favour of lockdowns at this stage. As he put it, if those who need to act do so and respond quickly there should be no need of fresh lockdowns.

Babu spoke at length about additional measures the government must immediately take. This is a very substantial part of the interview and it’s worth listening to carefully because he has spelt out what is needed in very precise terms.

First, he said, the government must expand participation of private health facilities so that the present average of 2 million doses of vaccination per day can be rapidly increased to 7-10 million doses per day. He said the country has 300,000 trained vaccinators and the private health system has 5 lakh more health workers encompassing doctors, nurses and other health staff. If all of these are used – and they are all trained and able to give vaccines – then we can reach 7-10 million doses per day very quickly. This, he said, is the only way to cover 300 million people in two months.

Second, Babu said emergency use authorisation must be given to all internationally available vaccines with established efficacy and safety. In other words, Pfizer, Moderna, Johnson and Johnson, Novavax and the Russian and Chinese vaccines must be accepted and utilised even as their bridging studies are happening. This is what was done with Covishield. It must now be repeated in the case of these vaccines.

Third, “any person who is 18 years should be permitted to get any vaccine approved by India, at any designated place, and at a fixed price regulated by the government.” Babu said this is better than blanket covering the states where the numbers are surging. Since that number has already reached 19 – and will keep increasing – it makes more sense to vaccinate everyone over 18 right across the country.

Fourth, Babu said we need a “simple, offline, walk-in vaccination procedure with paper-based collection of details”. We must do away with pre-registration and over reliance on the Co-Win app. Babu said he is not against technology but (a) reliance on Co-WIN is slowing down vaccination and (b) India had used simple offline methods for its very successful vaccination campaigns to tackle polio, rubella and measles. We must utilise that existing system rather than create a new one.

Finally, Babu said we need to mobilise people to get vaccinated and overcome vaccine hesitancy by micro-planning done together by the Central government and states. In rural India this would rely on ASHA workers. For every 1,000 population in rural India we have one ASHA worker. They have been used earlier for India’s very successful polio eradication campaign. They must be used again.

In urban India, where ASHA workers are not present, India can use students and other health workers as it has done in the past to eradicate polio.

Babu also said that this whole process of vaccination needs to be monitored and mentored at each step. For this we must include and involve others beyond the government, including the World Health Organization, which has worked with India very effectively in the past. There is no need for the government to attempt to do this on its own.

Finally, asked by The Wire if he was apprehensive the present surge could cross the first surge, which in September last year was infecting over 95,000 a day, Babu said it all depends on how effectively and quickly the government and the people act. If they respond adequately this second surge can be contained at levels below the first. If not the outcome would be “unpredictable”. He was clearly suggesting, without saying so, that it could cross the first surge.