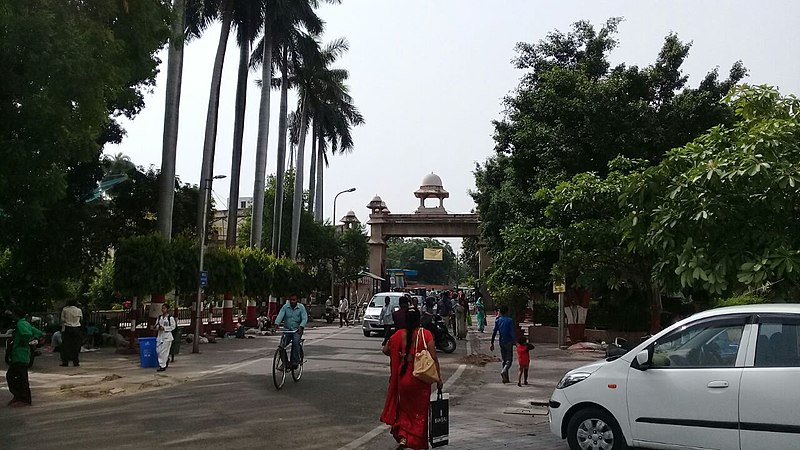 New Delhi: Forty doctors at King George’s Medical University (KGMU), Lucknow have tested positive for COVID-19 over the last four days. Most of them had received both doses of COVID-19 vaccine, according to IndiaTV.

However, doctors are saying there may be reason to doubt the vaccine’s efficacy only should a recipient develop severe COVID-19 after being vaccinated.

KGMU vice-chancellor Dr Vipin Puri had tested positive for the second time in nine months on April 6. He had received the second dose of vaccine on March 25, New Indian Express reported.

Dr P.K. Gupta, former president of Indian Medical Association’s Lucknow chapter, told the newspaper, “There is a possibility of people testing positive for COVID-19 despite taking the vaccine, but the intensity of the infection would be less.”

Dhiman told New Indian Express that the jab was very effective in preventing hospitalisation as well as deaths. “At the maximum, if infected, a person develops mild symptoms,” he said.

Mishra had received two doses of Covaxin on February 16 and March 15, and had developed a mild cough and fever after the second shot, the report said.

Dr M.K. Singh, chief medical officer, told Deccan Herald that the vaccine was ‘safe’. “Most of those who are vaccinated, will not be infected with the virus, and even if some of them are infected, it will not be serious.”

At SGPGI’s Avanti Bai hospital, two doctors and three lab technicians among other staff had also tested positive for COVID-19. Nine of the ten infected people had received their COVID-19 vaccines, Times of India wrote.

Twenty-two doctors from the gynaecology department of PGIMS Rohtak had tested positive for COVID-19 over a week, Hindustan Times reported on March 31.

There is no need to panic over vaccinated people contracting COVID-19 and doubt the efficacy of the vaccine because of it, doctors told Times of India.

If a person who has not received COVID-19 vaccine gets infected, their immune system takes time to develop the antibodies, which cause critical illness, the newspaper quoted doctors as saying.

Dr T. Jacob John, former professor at Christian Medical College, Vellore, told IndiaToday, “If the disease travels from being a serious infection to a mild one, that is what is expected of the vaccine.”

Dr Gagandeep Kang, vice-chair of the board of Coalition for Epidemic Preparedness Innovations and professor of microbiology at CMC, told India Today that vaccines are not expected to protect against asymptomatic infection – but do protect against disease. “A 95% efficacy would still mean that a small proportion of cases that occur will be in vaccinated people,” she said.

“Whether 14 days or beyond 14 days after the second vaccine doses, the risk of infection remains.”