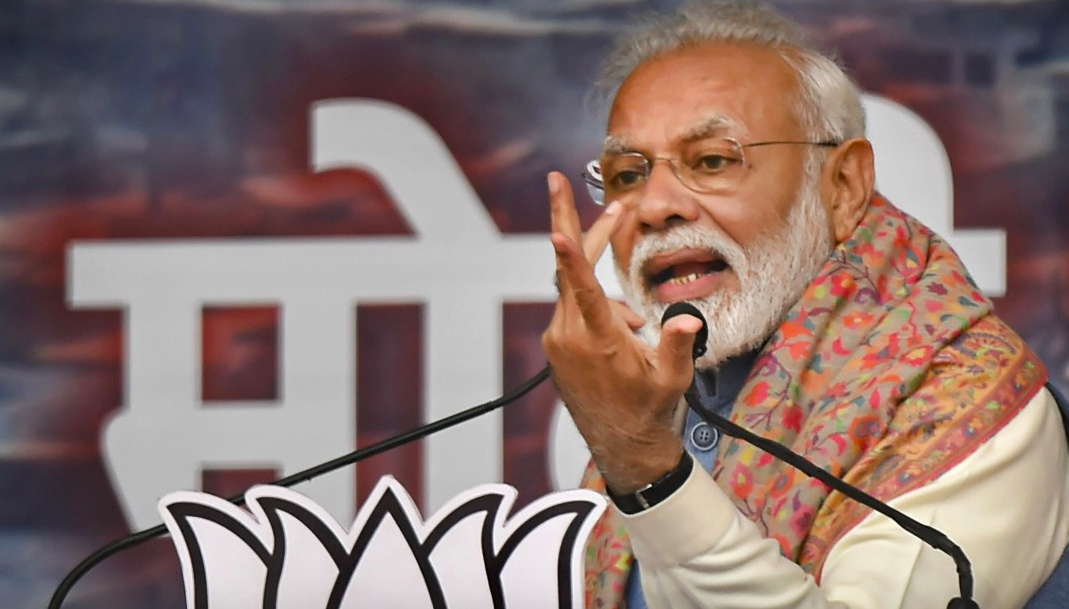 In a televised address on Christmas day, Prime Minister Narendra Modi expanded India’s COVID-19 vaccination drive to include booster doses for frontline workers and the elderly and primary-course vaccines for teenagers. He also took the opportunity to list a slew of numbers to back his claim that the government is well-prepared with hospital beds, oxygen plants and cylinders, and drug supplies to deal with a potential surge in cases.

Inexplicably, Modi refused to use the term ‘booster dose’ to describe the corresponding doses, preferring instead to call them “precaution doses”.

Overall, it was an underwhelming piece of theatre whose substance announcement didn’t warrant a prime-ministerial announcement.

There had been many calls from professional groups and other experts for India to start administering booster doses in response to the spread of the omicron variant. Evidence has been mounting that our immunity declines over time after the two primary doses of any COVID-19 vaccine and that a third dose three to six months after the second can ‘boost’ our immunity back up to levels at which our immune systems can fend off severe illness and hospitalisation, and to a lesser extent our ability to avoid infections.

But despite the evidence at the level of whole countries, there has been some concern that if richer countries embark on mass boosting programmes, poorer countries will have to wait even longer to vaccinate their populations.

Within India, as of December 25, 835 million adults had received the first dose; of them, just under 580 million had received both doses.

What’s in a name?

As recently as December 24, the National Technical Advisory Group on Immunisations (NTAGI), chaired by health ministry secretary Rajesh Bhushan, had said in a press conference that the group hadn’t yet made up its mind on the need for booster doses. The group had reportedly decided to meet again in the first week of January 2022 and review evidence from around India as well as the world. At the same press conference, Bhushan had advanced this stand as evidence of the government’s commitment to being guided by science.

Prime Minister Modi also said in his address that he was being guided by science – but then proceeded to announce the availability of booster doses from January 10, even before experts could re-review the evidence. Could this be why Modi studiously avoided using the word ‘booster’ and went for ‘precaution doses’ instead? If so, few were taken in by the ploy, with his announcement just raising more questions instead of clarifying matters.

The trouble with the prime minister’s half-baked and seemingly off-the-cuff announcement is that it isn’t a clear and consistent message. If he had waited for NTAGI to reach a decision and if he had called them ‘booster doses’, the message would have been clearer: that with two doses of the COVID-19 vaccines in India, protection against the omicron variant wanes sufficiently to allow case numbers, and accordingly hospitalisation and number of deaths, to rise.

But calling it a ‘precaution dose’ makes no sense. Was it his way of using a belt-and-braces approach or was he simply trying to put a spin on something known?

Should children be vaccinated?

The second element of Prime Minister Modi’s December 25 announcement was that from January 3, young adults aged 15-18 years would also be eligible for COVID-19 vaccines. This raises two questions.

First, what scientific evidence backs this change in policy? Again, NTAGI was considering the evidence and hadn’t yet decided on vaccinating children.

Modi’s stated reason for this decision was to “reduce the anxiety of our children going to schools and colleges and their parents.” But as a matter of principle in public health practice, it is rarely a good idea to treat people merely by reassuring them that they are protected.

Surveillance data from the Union health ministry shows us that in the 24-hour period ending on December 25, almost 7,000 new cases were reported from around the country, plus at no point in the last two months did the number of new cases in 24 hours breach 15,000. (There is no breakdown by age or variant.)

If the argument is that people aged 15-18 are likely to spread the virus even if they themselves get only a mild infection, surely that is even more true of younger children. So what is the rationale to limit the vaccination to those aged 15-18 years and leave out the rest?

(Note that Bharat Biotech submitted data to the drug regulator about Covaxin for children aged 2-18 years, not 15-18 years.)

The expert group may have been able to consider and answer such questions if it had been given an opportunity to meet and discuss. But instead we have a grand announcement that places the experts in an impossible situation – where they will have to fashion a post-facto rationale for a decision they probably wouldn’t have recommended themselves.

Second, do children need to be vaccinated against COVID-19 at all? Until a couple days ago, Indian drug regulators had approved only one vaccine for use in children – Zydus Cadila’s ZyCoV-D. I had written in a previous article that the national drug regulator’s emergency-use approval for this shot left much to be desired in its scientific rigour. That was in August.  Now, four months on, I couldn’t find any scientific report, peer-reviewed or otherwise, or detailed analysis of the phase 3 trial of ZyCoV-D.

In any case, Zydus Cadila also hasn’t confirmed that they will have their enough supply ready to go from January 3. According to a 2 December report in the press, Zydus Cadila will supply 10 million doses of Zycov-D to the Government by the end of December.

On December 24, just a day before the prime minister’s address, the drug regulator granted Bharat Biotech’s Covaxin – already in use among adults – emergency-use approval for use among those aged 12 to 18, with some conditions. The timing of this approval is curious.

The Subject Expert Committee (SEC) had recommended that Covaxin was safe to use in children aged 12-18 years way back on October 12, based on safety data from phase 2/3 trials (whose results haven’t yet been placed in the public domain). According to the trial registry entry, these were open-label trials involving 525 children aged 2 to 18 years, with no placebo arm and without the intention of determining the vaccine’s efficacy to prevent infection.

The trial was registered on May 24, 2021 and the entry was last modified on October 18, which is days after the SEC had made its recommendation.

The Christmas day announcement of the start of paediatric vaccination for those aged 15-18 years and the seemingly fortuitous approval of Covaxin for paediatric use without any published data from a limited trial together cast doubt on the extent to which India’s vaccination policy is driven by science and expert assessment of scientific evidence.

The government’s own expert advisers must be frustrated by the tendency to announce policy on the hoof and in complete disregard for their expertise.