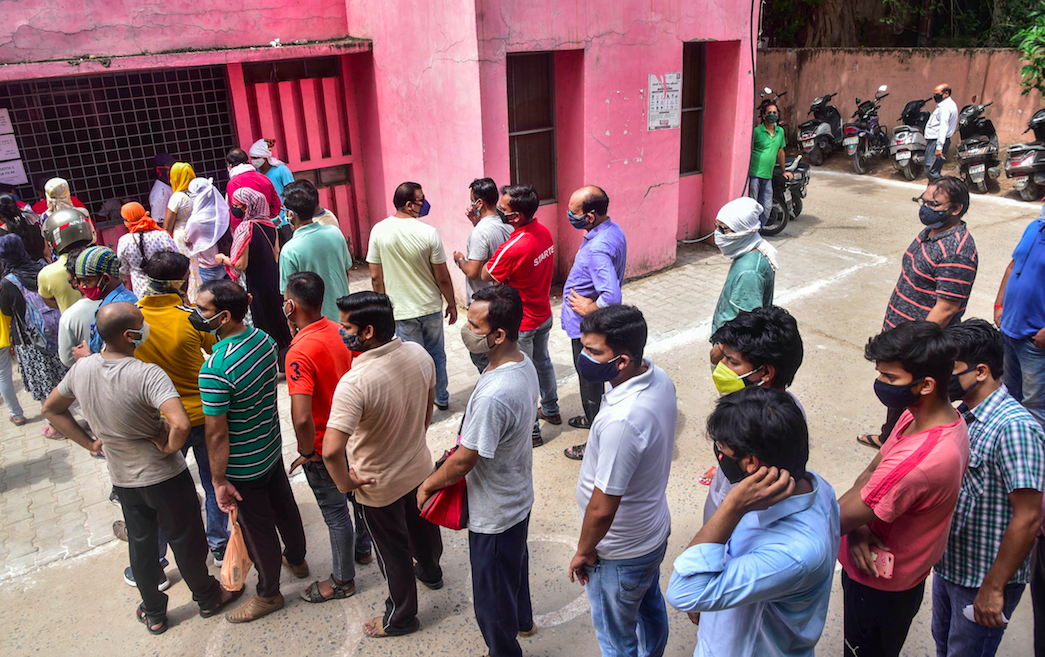 In the Time of COVID-19, ‘What’s the Harm’ Prescriptions Are Not Harmless

New Delhi: Around 20 villagers in Uttar Pradesh’s Siddharthnagar district who had been given a dose of the Covishield vaccine received Covaxin for the second dose at a government hospital – a mistake that local officials have attributed to administrative oversight.

The incident, first reported by NDTV, doesn’t appear to have led to adverse health effects in those who received the vaccine, according to state government officials.

However, it may also be too soon to tell, not to mention India at large doesn’t have a functional mechanism for people to report adverse events following immunisation.

The incident took place in a village close to the Nepal border. The people received Covishield for their first doses at a primary healthcare centre in the first week of April. On May 14, when they returned for the second dose, they were administered Covaxin.

According to the report, the villagers were none the wiser at the time they were given the shot.

Reuters has reported that more and more countries around the world are considering using different vaccines for the two doses, amid supply delays. However, they are expected to proceed by conducting clinical trials and letting national drug regulators weigh in – not by deploying the strategy right away on the ground.

The chief medical officer of Siddharthnagar, Sandeep Chaudhary, told NDTV, “There are no instructions from the government to administer a cocktail of vaccines.”

NDTV also reported that while Chaudhary said that health officials had spoken to all 20 recipients to conclude that the mixed vaccine doses have had no bad effects, one of the recipients reportedly said no one had spoken to him.

Uttar Pradesh’s vaccination drive has been among the slowest in India. As on May 26 (7 am), the number of people in the state of 23 crore who had received both doses of a COVID-19 vaccine was at 33,79,393.

The Wire Science recently reported that a study had found that using Pfizer for the first shot and Covishield for the second produced a “potent immune response” against the novel coronavirus. The Spanish study, based on a 600-person trial, highlighted the benefit of combining two separately manufactured vaccines.

More such studies are underway, Reuters has reported. Clinical trials combining doses of AstraZeneca’s shot and Sputnik V – using a technique known as heterologous boosting – were reported to have begun in early February.

(Note: Both the AstraZeneca and Sputnik V shots are adenovirus-vector vaccines. Pfizer’s is an mRNA vaccine and Covaxin uses the inactivated-virus technology.)

However, the Spanish trial was conducted under supervision – as all trials are – and with meaningful knowledge of each vaccine’s mechanism of action. Mixing doses is not recommended anywhere on the planet, and certainly not outside trials. As The Wire Science also noted, for example, a study in the UK released safety data from a mix-and-match study that showed recipients reported higher rates of side-effects.

The Wire Science also noted that India’s National Technical Advisory Group on Immunisation (NTAGI), which makes its recommendations to the Union health ministry, has also mulled benefits of mixing vaccines.

But amid a record-breaking rise in cases and deaths in the recent past, the country is suffering from a crippling shortage of vaccines, with no way to significantly boost supply in the nearest future.

Many receivers of a first vaccine dose have thus been unable to get the second in various parts of the country.