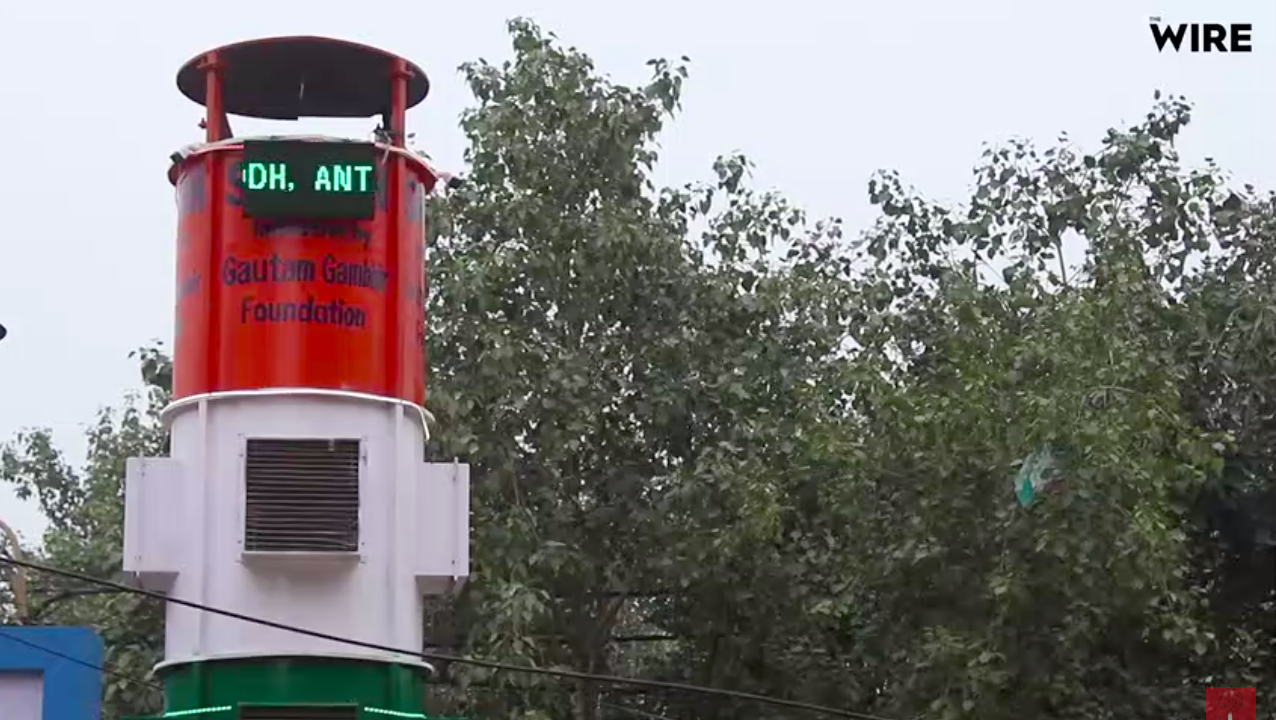 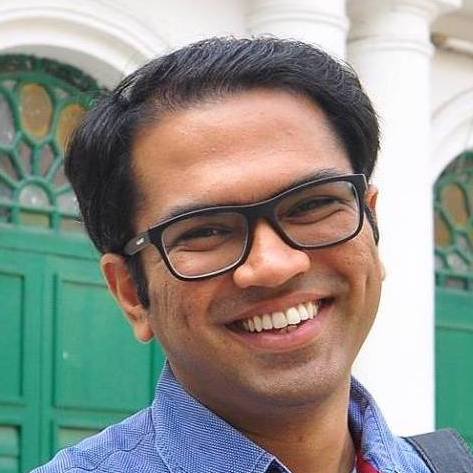 This is the second of a two-part analysis of the use of smog towers to tackle air pollution. Read the first part here.

Smog towers fail any reasonable test of an evidence-based policy. They are unsound from first principles, have no evidence of their efficacy and distract from the goal of cutting emissions at the source. In addition, even the smog tower pilot project that the Government of India has already envisaged is unjustifiably expensive, sets a bad precedent for pollution control efforts nationwide and raises questions about its evaluation.

It also provides a moment for us to reflect on the nature of decision-making at play here. Should scientific policy questions of this kind be deliberated behind closed doors, in courts or elsewhere?

The pilot project will reportedly cost Rs 36 crore for two towers. This is a considerable investment relative to other competing demands as well as to the scale of expenditure on air quality thus far. For perspective, under the National Clean Air Programme (NCAP), non-attainment cities with more than a million people were provided Rs 10 crore in 2019-2020; smaller cities – including Guwahati and Indore – had to make do with Rs 20 lakh and those with fewer than five lakh people received only Rs 10 lakh.

Based on information about NCAP’s allocations, put together using RTI applications, Rs 36 crore could help commission 30 continuous ambient air-quality monitors or 45 source apportionment studies to develop the knowledge base on air pollution missing in so many parts of the country starved of resources. The government could also deploy these funds to set up more effective mitigation measures. For example, Rs 36 crore could pay for 36 mechanical street-sweepers or help develop 24 construction and demolition waste management facilities to mitigate dust. In fact, given the ongoing COVID-19 crisis as well as the fiscal crisis, is this truly the best use of public funds today?

While the expert panels set up by the Delhi government and the Centre may have recommended smog towers only on a pilot basis, this nuance is likely to be lost in the policy discourse surrounding the towers – and, notably, even within the governments’ own affidavit to the Supreme Court. The project will likely, and perhaps justifiably, be discussed as a policy intervention. This in turn will set a bad precedent to be reinvoked in the rest of the country.

In the winter 2019 parliamentary session, several MPs across parties, including Sanjay Jaiswal of the Bharatiya Janata Party and Shashi Tharoor of the Congress, called for the use of such technologies in Indian cities. MP Gautam Gambhir has already donated and inaugurated a smog tower, in Lajpat Nagar in New Delhi in January 2020, to much fanfare. These actions and proclamations indicate the perils of piloting unsound, unproven technology-fixes popular with politicians, and should have given the expert panels pause.

An affidavit dated December 5, 2019, records the recommendations of the panel that the Delhi government set up in response to the Supreme Court. This affidavit claims that if placed in Connaught Place, the smog tower will have a “good demonstrative effect for the people of Delhi being situated at a central location”. But why does an R&D project need to have a demonstrative effect? The line here between smog towers as policy and as R&D project is fuzzy.

Further, other Indian cities tend to mimic pollution control efforts in Delhi. The city action plans under the NCAP, for example, are largely modelled on the comprehensive action plan in Delhi, and it shouldn’t surprise anyone if smog towers pop up in the country’s other urban centres as well. To what extent the expert panels weighed these inevitable consequences before making their recommendation is unclear.

With air pollution interventions, it is often difficult to analyse the improvements in air quality as a consequence of a specific policy measure. Given the multiple sources and the strong influence of weather conditions, impacts on air quality due to any one source or policy are often hard to separate and quantify. There is often considerable disagreement on the impacts of interventions both in academic journals and in the political discourse. Delhi’s odd-even programme comes to mind in this context.

Given the amount of publicity here, the project needs to meet a high bar for transparency and accountability. How will the improvements ascribed to the smog tower be differentiated from those due to ongoing pollution control efforts and the vagaries of nature? That is, how will the project be declared a success or failure?

This episode reflects the limitations of an over-reliance on the judiciary to draft policy on air quality, and the need for the executive to respond with at least as much urgency, and with greater public participation. In general, we know enough to act, and there are several “no-regret” measures. However there are knowledge gaps as well, in what we know about the pollution levels and sources of emissions, especially in smaller cities and rural areas, and how best to utilise finite resources to address the problem. Some experimentation and local innovation is therefore necessary.

However, the state needs to identify these ideas, deliberate upon them and evaluate them on more public platforms and through well-established academic routes. Some of these debates may involve scientific questions and uncertainties, while others may involve contested values. The courts are not well-suited to function as or even offer these platforms – but they have often been forced to play this role due to an unresponsive executive and an absent legislature. Much like air pollution itself, India’s policymaking processes to address it need longer-term, more systemic changes.

The Wire Science@TheWireScience
4 Following 27.7K Followers
"The seas have changed and I don’t know if there is anything we can do to reverse that. We have been saying this al… https://t.co/fswacprjDX
21 hours ago
The current government’s strategy to “Indianise” science was starkly visible. This narrative has led to the contr… https://t.co/8YysWf7Orh
22 hours ago
7
Fifty years after Nasa its first picture of of Earth, the new photo reveals clear changes to the face of the Earth,… https://t.co/qdR3WUhRHT
23 hours ago
1 4
This distinction between music and warfare, between entertainment and surveillance, is key to helping us understand… https://t.co/eEuVD6ioR3
2 days ago
No government agency warned that people with autoimmune disorders should avoid giloy – a reckless position exacerba… https://t.co/E0IHk6PTBH
2 days ago
1
“Ayurveda clinicians have argued that Ayurveda is a holistic science and the prescriptions they write are individua… https://t.co/V12lK7krtV
2 days ago
2 4
Right from the start, things went wrong on Columbia STS-107. A piece of foam – used to insulate the shuttle’s super… https://t.co/xWEVU5r9hS
2 days ago
Last week, the world met “Toadzilla”, a cane toad the size of a football and six times larger than average. Like a… https://t.co/LH7aBfIj7s
3 days ago
1 1
Several African nations have made progress in eliminating neglected tropical disease like Guinea worm disease, lymp… https://t.co/KqKE9wfvbr
3 days ago
1 1
The millet-centric food recommendations by Khadar Valli, however, are antithetical to the aforementioned practices… https://t.co/EGAOEYzB2I
3 days ago
2
"In the book, I discuss scientists who are devotees of various gurus. It is completely fine as a personal choice, b… https://t.co/WkMAOhWDSk
5 days ago
1
In Pests: How Humans Create Animal Villains, Bethany Brookshire unpacks our complex relationships with some of the… https://t.co/5JemO7pSZD
5 days ago
2 4
Researchers are now finding that saliva is also a mediator and a translator, influencing how food moves through the… https://t.co/T8NaNJuSVx
7 days ago
Social anthropologist Renny Thomas’s book Science and Religion in India: Beyond Disenchantment, released in Decembe… https://t.co/V3ABCujmXI
7 days ago
1 2
The secret behind this evolution – which occurred in less than 100 years – is a process called “phenotypic plastici… https://t.co/Qp8M95dXqn
1 week ago
2
Contact us