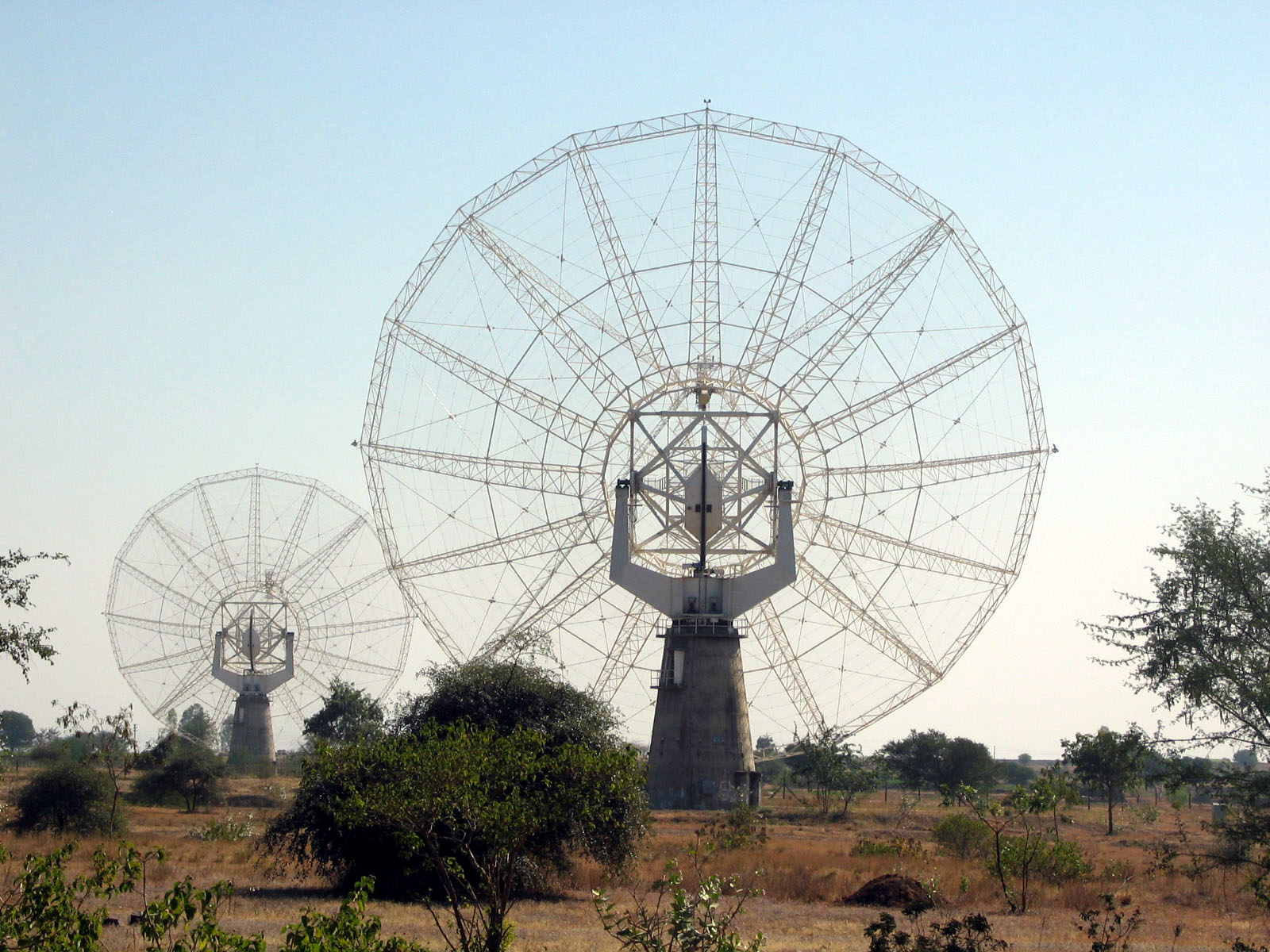 New Delhi: The Department of Telecommunications (DoT) has allocated airwaves in restricted frequency bands to Reliance Jio, which has deteriorated the quality of data available for scientific research produced by the Giant Metrewave Radio Telescope (GMRT) in Pune, according to Indian Express.

The GMRT is the world’s largest radio telescope operating in the metre-wavelength range of the radio spectrum, for astronomy research. Its 30 dishes capture very faint radio signals coming from distant reaches of the universe.

For example, in June 2021, scientists announced that they had measured the mass of atomic hydrogen present in the universe nine billion years ago using data collected by the GMRT.

Located about 80 km north of Pune, off the Pune-Nasik highway, the GMRT was built by the Tata Institute of Fundamental Research and operated by the institute and the National Centre for Radio Astrophysics (NCRA).

Celebrated astronomer Govind Swarup led the team that conceived of and designed the GMRT, and helped build it in the 1990s. Swarup passed away last year at the age of 90.

The GMRT can receive signals of frequencies in the range 100-1500 MHz. The telescope is actually an array – it consists of 30 steerable parabolic dishes, each 45 m wide, arranged in a giant ‘Y’ shape.

Scientists picked its location after an “extensive search in many parts of India”, according to the GMRT website, for a place free of electromagnetic signals that could interfere with the radio signals the GMRT is looking for.

Also read: S.C. Tapde: Of Antennae, Telescopes and an Engineer for All Seasons

The site selection criteria included a “geographical latitude sufficiently north of the geomagnetic equator in order to have a reasonably quiet ionosphere and yet be able to observe a good part of the southern sky as well”.

Scientists also optimised the number and configuration of dishes to meet astrophysics objectives that require sensitivity at “high angular resolution as well as ability to image radio emission from diffuse extended regions”.

But, according to scientists who spoke to Indian Express, these considerations have been undercut by the DoT’s negligence in allocating spectrum. The GMRT has a protected right to the 900 MHz band, but scientists alleged that the government allocated Reliance Jio Infocomm Limited (RJIL) 800-900 MHz frequencies.

One unnamed NCRA scientist told the newspaper that though RJIL had been operating in the region even earlier, the NCRA noticed “significant signal interference” only in 2016. The body then informed RJIL of the issue in 2017.

The NCRA approached the DoT in 2018, asking it to allocate alternate spectrum beyond the 800-900 MHz range to Reliance. It also encouraged telecom companies at large to operate at frequencies around 1,800 MHz.

However, while the DoT had reportedly assured the scientists of a “positive solution” in 2018, it isn’t made a final decision yet – despite multiple follow ups.

“We urge DoT to intervene at the earliest and protect GMRT from suffering further data quality losses,” a scientist told Indian Express.

According to the US National Radio Astronomy Observatory (NRAO), radio signals of interest from outer space are typically millions or billions of times weaker than the signals that communication systems use.

“For example, a cellular telephone located on the Moon would produce a signal on Earth that radio astronomers consider quite strong,” according to the NRAO. “Because the cosmic radio sources are so weak, they are easily masked by human-made interference.”

Also read: Fewer Stars Are Being Born Today Than Before. A Pune Telescope Might Know Why.

Transmissions to and from cellular telephones and Wi-fi networks, among other systems, use radio signals. And, the NRAO says, the “inadequately engineered transmitters” that send these signals endanger ground-based radio astronomy.

On the flip side, good engineering can prevent or minimise interference:

“Spillover from overly-broad transmitters and other unintended signals do nothing to improve the performance of a communication system. Technology readily available to radio engineers can eliminate or drastically reduce these unwanted signals that threaten radio astronomy. It is especially important that such interference-reducing technology be included in orbiting satellites.”

The Wire Science@TheWireScience
4 Following 27.2K Followers
A reflective teacher and principal armed with a notebook and a dose of curiosity can easily be a game-changer to de… https://t.co/JfIt2YSYvK
6 hours ago
1
Before plants came on land, rivers sent most mud to the seafloor. But after plans showed up, flora held on to sedim… https://t.co/VfWKtEJUVA
7 hours ago
2 3
Delegates at the open-ended Working Group on the Post-2020 Global Biodiversity Framework had agreed on only two tar… https://t.co/iDM77BrbYC
8 hours ago
1
It is a striking irony that the study of strife in honey bee colonies, however rare, is helping us understand how s… https://t.co/LLyazE6Hyf
10 hours ago
2
Sexism in medicine is not a new phenomenon. Several elements of it have existed in medical textbooks and syllabi, a… https://t.co/y0NCGTvOzN
12 hours ago
1 2
The Indian government has resorted to multiple questionable manoeuvres to have the Hubballi-Ankola Railway Project… https://t.co/mPZV19x4je
14 hours ago
1 2
Why should Indians receive medicines with higher levels of impurities when their counterparts in ICH countries don'… https://t.co/qyEvSeDLl6
1 day ago
3 11
A heat dome occurs when a persistent region of high pressure traps heat over an area. It can stretch over several s… https://t.co/hHFCRluVyS
1 day ago
1
Sleep deprivation impairs neurocognitive and motor performance, significantly affecting the quality of routine clin… https://t.co/CrTLFgyJZ6
2 days ago
2 8
Pharmaceutical products contain more than just the active drug that directly affects the body. They also include "i… https://t.co/VdQdvWE45t
2 days ago
5
In Bimal Roy's classic 'Madhumati' (1958), the trees, forest, birds and animals, waterfalls, streams, clouds, mist… https://t.co/aK0vcYhzbh
2 days ago
2 8
India's large manufacturers say that the country needs to impose ICH standards locally, too. This will improve the… https://t.co/rbMPMCgDM0
3 days ago
2 2
"While carbon dioxide emissions often dominate climate talks, we also need to cut emissions of several other climat… https://t.co/wHvvziFosF
3 days ago
3 2
Funding more clinical trials in India, monitored by appropriate local ethics committees, would open up treatment op… https://t.co/mcxkY34IYD
3 days ago
Overall, abortion is much safer than childbirth. Researchers found that from 1988 to 2010, abortions had a mortalit… https://t.co/aiIAYiobTD
3 days ago
4
Contact us