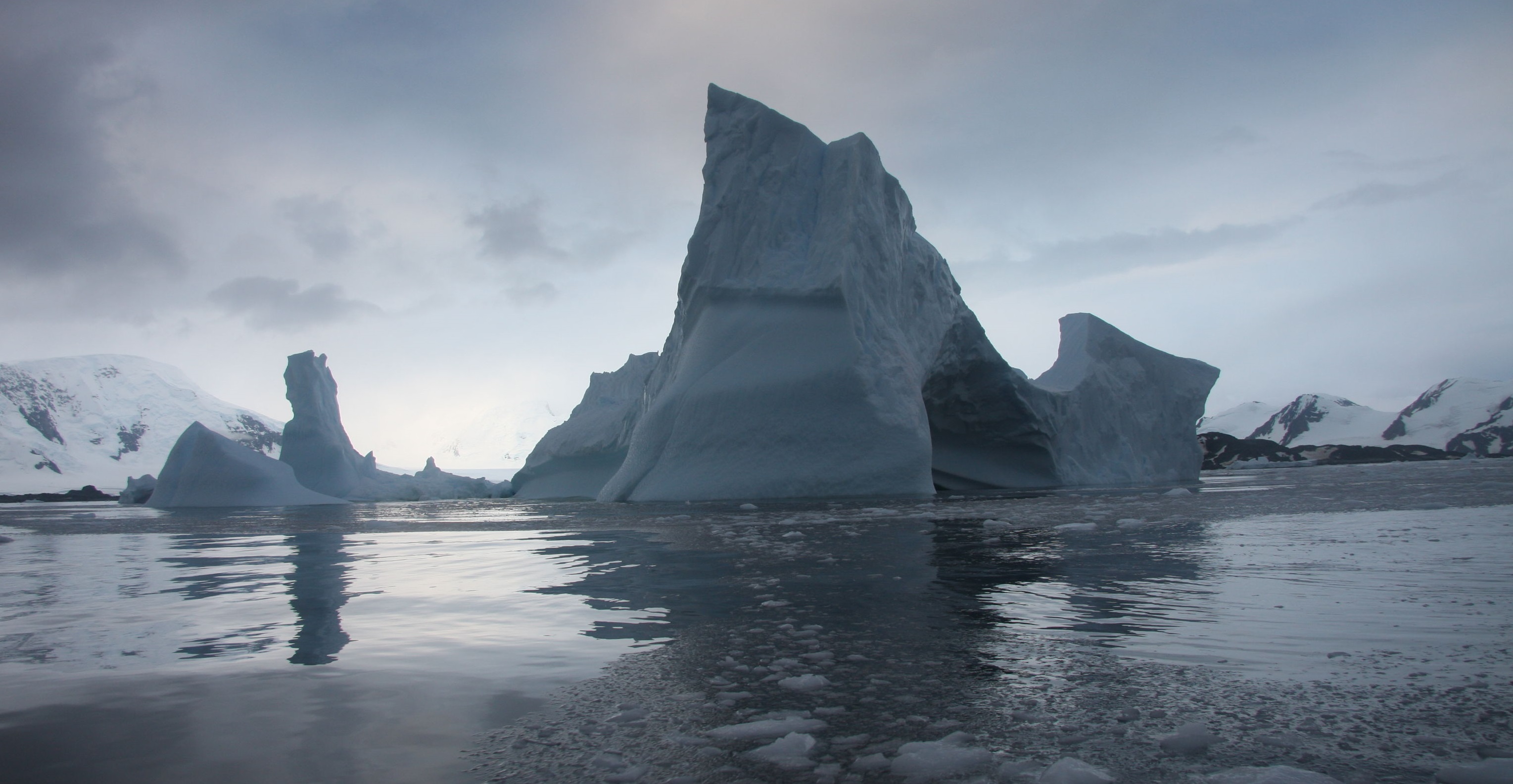 Here’s why the India, China Statement on Climate Change is a Big Deal

An Antarctic ice shelf that has stood for 10,000 years is going to break apart by the end of this decade. The Larsen B shelf’s disintegration was picked up by a team of researchers from the NASA Jet Propulsion Lab, who found it was developing large cracks, flowing faster and whose tributary glaciers were thinning rapidly. The team’s lead scientist, Ala Khazendar, joked that while it was exciting to have a front-row seat to watch the ice shelf fall apart, its demise boded ill for the climatic challenges facing our planet.

The United Nations Intergovernmental Panel on Climate Change holds it is 95% likely that the accelerated rate of global warming is the result of human activities that release heat-retaining greenhouse gases into the atmosphere.

Larsen B is about 1,600 sq. km in area, roughly the size of Delhi NCT, and is located in the Antarctic Peninsula, the part of the frozen continent extending toward the southern tip of South America. The widening of a massive crack running across the shelf is what is believed will cause Larsen B to break apart a few years from now – into hundreds of icebergs that will float off into the sea. More importantly, the event will spur a gradual rise in global sea levels not because of Larsen B’s volume alone but also because, like all ice shelves, it was holding back glaciers floating out from Antarctica into the seas.

Earlier, in 2002, Larsen B had undergone a partial collapse but no significant changes in the tributary glaciers’ flow speeds or thicknesses were observed, leading scientists to believe it was still stable. In the years since, however, Khazendar and his colleagues found that two of the three main glaciers had thinned by 20-22 metres and one of them had sped up by 36%. The developments provide insights into the evolution of the Antarctic Peninsula in the time of anthropogenic global warming.

Khazendar’s efforts are a part of NASA’s Operation IceBridge, an airborne survey that documents Antarctica’s glaciers, ice shelves and ice sheets annually. Its final season of operations will be in 2016, timed to make way for the ICESat-2 satellite – which will do what IceBridge does but from space.

The Wire Science@TheWireScience
3 Following 15.2K Followers
Delhi has always tested a lot – unlike Mumbai. But once you get the kind of test positivity you see now, it means d… https://t.co/xHrxRVYxVA
7 hours ago
In the last 24 hours, India has reported 3,32,730 new cases of COVID-19 and 2,257 deaths. The govt is likely to ha… https://t.co/LbfM21joH8
8 hours ago
1 5
In an interview with @MitaliLive, @sujakrao, former secretary of health and family welfare, Government of India, sa… https://t.co/YH8bOgpvnd
9 hours ago
1 1
A national association of doctors and scientists have accused the Centre of lending the COVID-19 vaccination drive… https://t.co/YwglUOkqbb
10 hours ago
1
A team from Centre for Youth Culture Law and Environment inspected 1,009 water bodies in Delhi and found that 302 h… https://t.co/n6xUPmc7rU
11 hours ago
4
Above 500 doctors and health workers of the two leading hospitals in Patna-AIIMS and Patna Medical College and Hosp… https://t.co/sxpd7oVb61
12 hours ago
2 3
The following text, in Kannada, was translated by Kollegala Sharma from the English original 'More Fun Than Fun: My… https://t.co/tLdgVOgzwU
1 day ago
2
Irrespective of the possibilities and the path the virus takes, the virus is currently evolving and new variants wi… https://t.co/9W1quDByiy
1 day ago
1 2
In a scathing report, The Guardian newspaper has blamed the Modi government of having been lax in its attitude towa… https://t.co/20mOx0Zw7u
1 day ago
2 1
The World Health Organisation (WHO) and global vaccine charities launched the COVAX programme last April to distrib… https://t.co/dbhC6SQLsU
1 day ago
India’s contribution to the global volume of COVID-19 vaccine doses is 193 million, out of 929 million doses (21%).… https://t.co/natjJHJvo1
1 day ago
6 4
From May 1 onwards, state govts and private hospitals will be able to procure vaccines directly from manufacturers… https://t.co/5XbGYyiIEj
1 day ago
The Gambia has eliminated trachoma, one of the leading causes of blindness worldwide, the government has announced,… https://t.co/KG7ZJHmgET
1 day ago
India’s reporting 3.15 lakh new cases in the last 24 hours is the highest for any country in the history of the COV… https://t.co/EplNKgHiM6
1 day ago
1 3
The health ministry on Wednesday released a slew of comparative data, showing that the severity, virulence and demo… https://t.co/1UteCmPmka
1 day ago
1
Contact us

Climate Change: An Optimistic View of What We Can Do to Change the World

The Snowball Effects of Climate Change on Snow Leopards