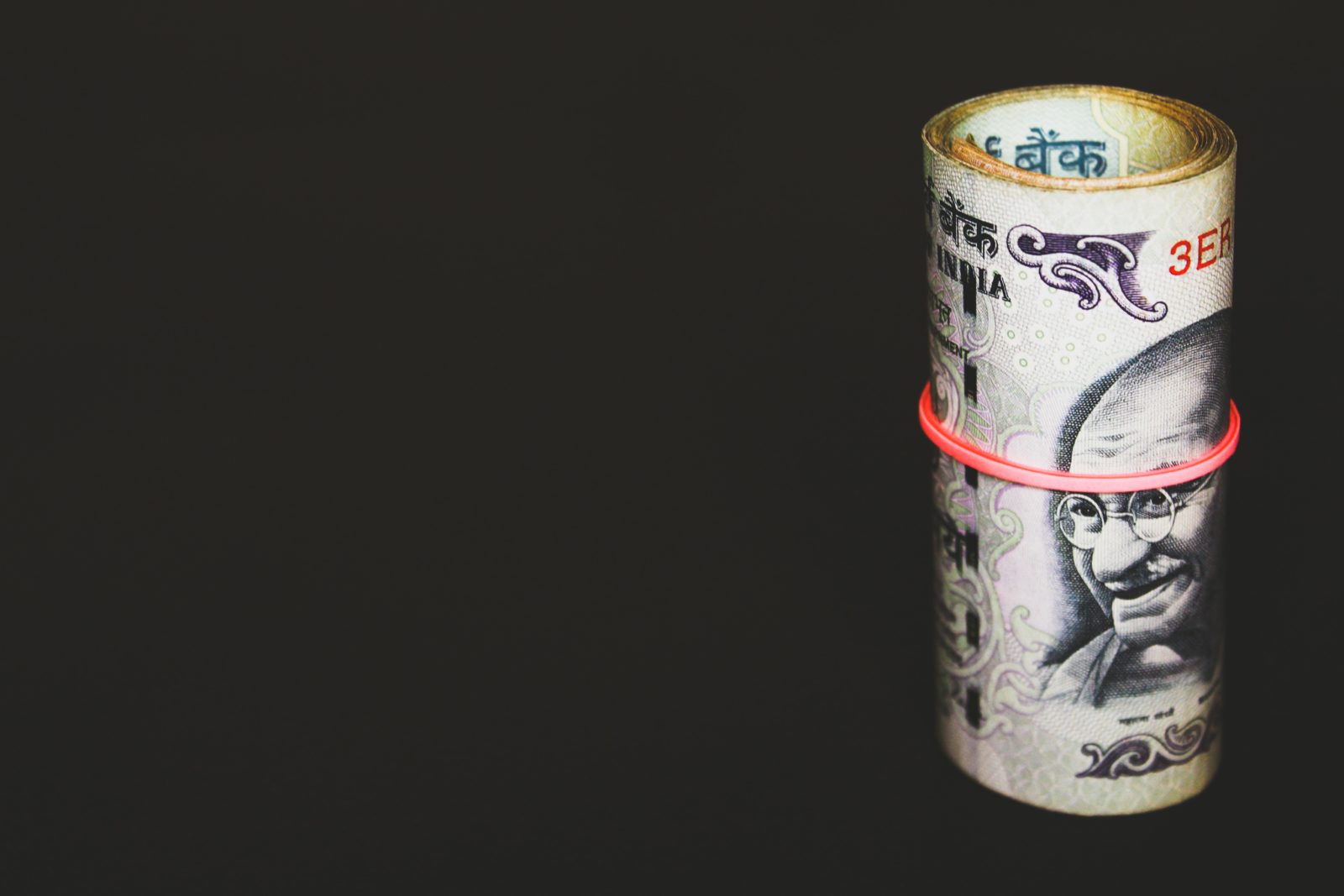 In the face of complaints about how so few women have been awarded this year’s Swarnajayanti Fellowships in India, some scientists pushed back asking which of the male laureates who had been selected should have been left out instead.

This is a version of the merit argument commonly applied to demands for reservation and quota in higher education – and it’s also a form of an argument that often raises its head in seemingly resource-constrained environments.

If it sounds reasonable – you’re probably assuming that the number of fellows has to be limited, dictated in turn by the amount of money the government has said can be awarded through these fellowships. But if the government allocated more, we could appreciate all the current laureates as well as many others, and arguably without diluting the ‘quality’ of the competition (given just how many scholars there are).

Resource constraints obviously can’t explain or resolve everything that stands in the way of more women, trans-people and scholars of all gender identities and expressions receiving scholarships, fellowships, awards and prominent positions within academia. But axiomatically, it’s important to see that ‘fixing’ this problem requires action on two fronts, instead of just one – make academia less sexist and misogynistic and secure more funds.

The constraints are certainly part of the problem, particularly when they are wielded as an excuse to concentrate more resources, and more power, in the hands of the already privileged, even as the constraints may not be real themselves.

Indeed, India is often referred to as a country with ‘finite’ resources, often when people are discussing how best to put these resources to use. There are even romantic ideals associated with working in such environments, such as doing more with less – as ISRO has been for many decades – and the popular concept of jugaad.

But while fixing one variable while altering the other would make any problem more solvable, it’s almost always the resource variable that is presumed to be fixed in India. For example, a common refrain is that ISRO’s allocation is nowhere near that of NASA, so ISRO must figure how best to use its limited funds – and can’t afford luxuries like a full-fledged outreach team.

There are two problems in the context of resource availability here: 1. an outreach team proper is implied to be the product of a much higher allocation than has been made, i.e. comparable to that of NASA, and 2. incremental increases in allocation are precluded. Neither of these is right, of course: ISRO doesn’t have to wait for NASA’s volume of resources in order to set up an outreach team.

The deeper issue here is not that ISRO doesn’t have the requisite funds but that it doesn’t feel a better outreach unit is necessary. And here, it pays to acknowledge that ISRO has received not inconsiderable allocations over the years, as well as has enjoyed bipartisan support and (relative) freedom from bureaucratic interference, so it cops much of the blame as well.

But in the rest of India, the situation is flipped: many institutions, and their members, have fewer resources than they have ideas and that affects competition in a way of its own.

For example, in the context of grants and fellowships, there’s the obvious illusory ‘prestige constraint’ at the international level – whereby award-winners and self-proclaimed hotshots wield power by presuming prestige to be tied to a few accomplishments, such as winning a Nobel Prize, publishing papers in The Lancet and Nature or maintaining an h-index of 150. These journals and award-giving committees in turn boast of their selectiveness and elitism. (Note: don’t underestimate the influence of these journals.)

Then there’s the financial constraint for Big Science projects. Some of them may be necessary to keep, say, enthusiastic particle physicists from being carried away. But more broadly, a gross mismatch between the availability of resources and the scale of expectations may ultimately be detrimental to science itself.

These markers of prestige and power are all essentially instruments of control – and there is no reason this equation should be different in India. Funding for science in India is only resource-constrained to the extent to which the government, which is the principal funder, deems it to be.

The Indian government’s revised expenditure on ‘scientific departments’ in 2019-2020 was Rs 27,694 crore. The corresponding figure for defence was Rs 3,16,296 crore. If Rs 1,000 crore were moved from the latter to the former, the defence spend would have dropped only by 0.3% but the science spend would have increased by 3.6%. Why, if the money spent on the Statue of Unity had instead been diverted to R&D, the hike would have nearly tripled.

Effectively, the argument that ‘India’s resources are limited’ is tenable only when resources are constrained on all fronts, or specific fronts as determined by circumstances – and not when it seems to be gaslighting an entire sector. The determination of these circumstances in turn should be completely transparent; keeping them opaque will simply create more ground for arbitrary decisions.

Of course, in a pragmatic sense, it’s best to use one’s resources wisely – but this position can’t be generalised to the point where optimising for what’s available becomes morally superior to demanding more (even as we must maintain the moral justification of being allowed to ask how much money is being given to whom). That is, constantly making the system work more efficiently is a sensible aspiration, but it shouldn’t come – as it often does at the moment, perhaps most prominently in the case of CSIR – at the cost of more resources. If people are discontented because they don’t have enough, their ire should be directed at the total allocation itself more than how a part of it is being apportioned.

In a different context, a physicist had pointed out a few years ago that when the US government finally scrapped the proposed Superconducting Supercollider in the early 1990s, the freed-up funds weren’t directed back into other areas of science, as scientists thought they would be. (I couldn’t find the link to this comment nor recall the originator; I’ll update this article when I do.) I suspect that if the group of people that had argued thus had known this would happen, it might have taken a different tack.

I don’t know if a similar story has played out in India; I certainly don’t know if any Big Science projects have been commissioned and then scrapped. In fact, the opposite has happened more often: whereby projects have done more with less by repurposing an existing resource (examples here, here and here). (Having to fight so hard to realise such mega-projects in India could be motivating those who undertake one to not give up!)

In the non-Big-Science and more general sense, an efficiency problem raises its head. One variant of this is about research v. teaching: what does India need more of, or what’s a more efficient expense, to achieve scientific progress – institutions where researchers are free to conduct experiments without being saddled with teaching responsibilities or institutions where teaching is just as important as research? This question has often been in the news in India in the last few years, given the erstwhile Human Resource Development Ministry’s flip-flops on whether teachers should conduct research. I personally agree that we need to ‘let teachers teach’.

The other variant is concerned with blue-sky research: when are scientists more productive – when the government allows a “free play of free intellects” or if it railroads them on which problems to tackle? Given the fabled shortage of teachers at many teaching institutions, it’s easy to conclude that a combination of economic and policy decisions have funnelled India’s scholars into neglecting their teaching responsibilities. In turn, rejigging the fraction of teaching or teaching-cum-research versus research-only institutions in India in favour of the former, which are less resource-intensive, could free up some funds.

But this is also more about pragmatism than anything else – somewhat like untangling a bundle of wires before straightening them out instead of vice versa, or trying to do both at once. As things stand, India’s teaching institutions also need more money. Some reasons there is a shortage of teachers include the fact that they are often not paid well or on time, especially if they are employed at state-funded colleges; the institutions’ teaching facilities are subpar (or non-existent); if jobs are located in remote places and the institutions haven’t had the leeway to consider upgrading recreational facilities; etc.

Teaching at the higher-education level in India is also harder because of the poor state of government schools, especially outside tier I cities. This brings with it a separate raft of problems, including money.

Finally, a more ‘local’ example of prestige as well as financial constraints that also illustrates the importance of this point of view is the question of why the Swarnajayanti Fellowships have been awarded to so few women, and the problems beyond, but including, sexism in academia and the administration of science that need to be solved.

Science doesn’t have to be a powerplay, and we don’t have to honour anyone at the expense of another. But deferring to such wisdom could let the fundamental causes of this issue off the hook.