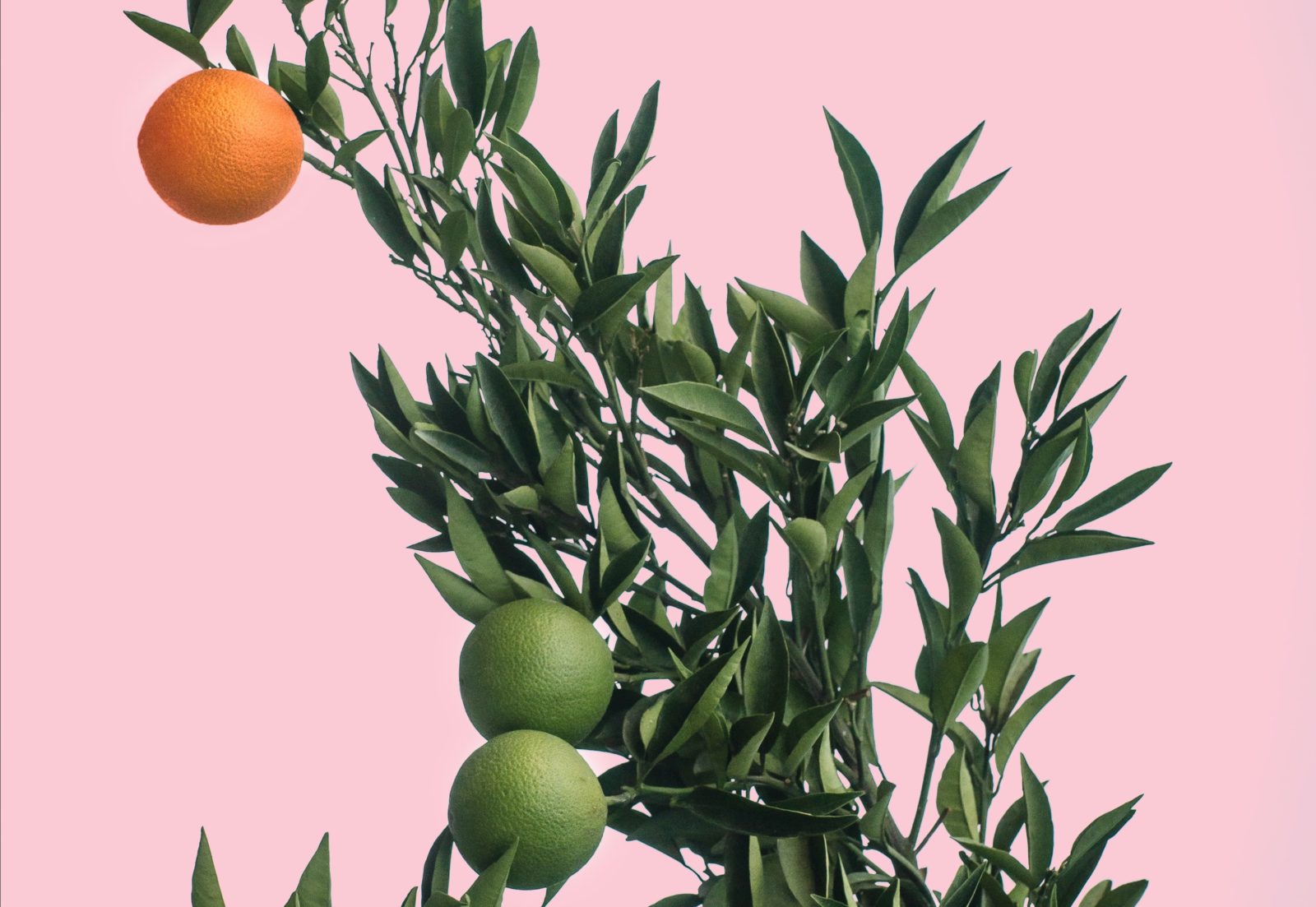 How Well Is India’s Pitch To Become an Energy Exporter Going?

A few centuries ago, in the post-renaissance period in Europe, people driven by a passion for seeking the truth regardless of prestige, financial rewards or other forms of recognition were drawn to the methods and practices of science.

Today, the scientific enterprise is no longer an amateurish preoccupation but a life-long and competitive career option with an attendant cohort of rewards and recognition, reflected in the number of doctorate-holders, scientific journals and, perhaps most importantly, the rate and frequency at which papers are published in these journals.

The exponential growth in the number of scientists has far-reaching implications for society and science. But along with this proliferation of the scientific pursuit, we are also becoming increasingly aware of a growing inequality within science. Science also has engendered a problem of intellectual elitism. If the enterprise is to continue to have a useful impact on people’s minds and lives, it needs to be open to all – for its own sake as well as that of others.

India is a prime example of such inequities. Consider the annually awarded Shanti Swarup Bhatnagar Prize: the selection process and the composition of laureates suggests that the prizes suffer from an in-group bias. This and other yearly awards are mostly awarded to the so-called ‘upper caste’ male candidates from what are considered to be the best institutes in the country.

Generally, the awardees are empowered by a strong network of peers and influential mentors in these top institutes, and are also the recipients of liberal munificence from funding agencies. And because the prize-selection system is based on nomination, those who wield more power within the scientific establishments can nominate their own associates, often at the cost of the vast majority of talented yet ‘orphaned’ researchers, who are already working against numerous odds, and those in less-endowed universities and institutes.

The size of the gap between the haves and have-nots in science is, in this way among others, on the increase within India, as much as they also exist between scientists in economically developing and developed nations. In India, this rot is spreading in the case of awards and academy fellowships inasmuch as in the appointments to faculty, vice-chancellor and director posts – based more often than not on the whims of the political parties in power in states or in the Union government.

In science, the burden of proving one’s mettle begins from being able to publish in glamorous journals because publications and citations form the building blocks of status in science. Here also there are roadblocks for ordinary scientists who don’t enjoy the support of a powerful peer group and thus find their goals frustratingly out of reach. This group also suffers a double whammy: its members seldom have as much money for their research as they should have had, and on top of this financial inadequacy, they are also often in a position where they are expected to pay to publish their findings.

Also read: ‘Why I Won’t Review or Write for Elsevier and Other Commercial Scientific Journals’

The exorbitant “article publishing charges” that several scientific journals levy ultimately lock these researchers out of the fruits of their labour. Imposing fees to publish will naturally drive less-well-funded researchers to less reputable journals, turning them into the children of a lesser god.

After analysing a global sample of 4 million authors and 26 million scientific papers, a team of social scientists reported in February 2021 that only the top 1% of scientists were able to increase their cumulative citation counts from 14% to 21% between 2000 and 2015. The citation count is the number of times one’s paper has been cited in others’ papers, and is considered to be a signal of the usefulness of one’s work. That increases in the number of citations are being concentrated among the top 1% of scientists only reflects the inequities among scientists.

The same study also found that citations as a metric is inherently biased against scientific workers in certain disciplines, women, people of colour and countries with lower resources. An analysis published in December 2018, based on data of about 3,000 scientific prizes and the career profiles of more than 10,000 prize recipients, found that the prizes were restricted to a “relatively small group of scientific elites” and that the “ties among elites are highly clustered”. This also implies that knowledge production that pushes the boundaries of knowledge is confined to a small clique of scholars.

Obviously knowledge production per se can’t be restricted. What is being restricted here is what scientists at large consider to be worthwhile knowledge. And according to the study, the way they are drawing the lines is excluding the vast majority of the world’s knowledge producers from their proper recognition and support.

Critics have characterised the widening gap between the rich and the poor of science using a metaphor that refers to a passage in the Bible: “For unto every one that hath shall be given, and he shall have abundance: but from him, that hath not shall be taken even that which he hath.” This is known as the Matthew effect. In the present context, it means that those who have reached the upper echelons of power and prestige in science continue to receive disproportionately more recognition than lesser-known scientists even if the latter have made comparable or more significant contributions.

So elitism, by default, helps those who are already situated on an exclusive island of excellence. As a result, these individuals are free to perpetuate their early success by garnering more rewards, attracting more graduate students and accruing more financial resources in the later periods of their careers. An article published in the journal Science in May 2014, called this “a winner-takes-all market”.

Such elitism works out even in the case of the Nobel Prizes, with their inherent bias towards white male scientists; women and non-white people make up only around 1% of Nobel laureates, that too mostly in the categories of literature, peace and economics. Many other science prizes are fashioned after the Nobel Prize in their selection criteria – and thus they also perpetuate elitism and its attendant myths.

One of them is the ‘lone genius’ – an idea that contradicts the modern conception of science, in which it is a collaborative venture involving teams of individuals with varied expertise. Indeed, a community approach to science is now becoming popular, in which non-professionals also partake in research and, thanks to social media, researchers from aerobiologists to zymologists are now able to make use of the interested public as contributing partners.

By honouring a single individual or a small number of people, however, these prizes marginalise the contributions of several collaborators, including early-career scientists who stand to gain more from such recognition. With time, all these prizes will inevitably prove onerous and intimidating for an ordinary, potentially deserving scientist unsupported by influential mentors.

Requiring nominations and references is an important reason for the pool of nominees to remain restricted. Unless a conscientious effort is made to change this and other similar norms, the nominator plus institutional bias will get to decide who wins what. This is even more important in India considering its social, regional and ideological diversity and the systemic biases that persist along these lines. We must also check how award-giving bodies can constitute a more socially and intellectually representative jury of selectors.

One might argue that what we perceive to be inequity in science is really a disparity that incentivises scientists to produce greater insights and breakthroughs. Thus, as a profession, like sports, what matters in science is merit rather than ‘externalities’ like gender, race, nationality, region or caste. If so, one might miss a crucial point: for any sport to be fair, a level playing-field is required, where everyone has a fair and equal chance of succeeding.

This same realisation has prompted some organisations to initiate reforms. The Institute of Physics now encourages self-nominations for awards. The Royal Society of Chemistry has begun emphasising the science and not individual scientists, so that graduate students and technicians are also in the fray. The American Geophysical Union convened a task force in 2017 to remedy the under-representation of women and minorities in its fellowships.

It is high time for India’s three science academies and several science societies to learn from similar initiatives and investigate the issue of inequality and elitism in science, and to ask whether the rewards and fellowships are indeed being distributed in more representative fashion.

Transparency and accountability must be built into the reward system. As an antidote to the tendency of decisions being made behind closed doors to not be in the interest of science, the members of professional societies must be encouraged to question their own stereotypes and feudalistic ideas in their communities, and make them more democratic. As David Guston, a professor of political sciences, currently at the Arizona State University, wrote in 2004:

“Democratising science does not mean settling questions about Nature by plebiscite, any more than democratising politics means setting the prime rate by referendum. What democratisation does mean, in science as elsewhere, is creating institutions and practices that fully incorporate principles of accessibility, transparency and accountability”.

C.P. Rajendran is an adjunct professor at the National Institute of Advanced Studies, Bengaluru. The views expressed here are the author’s own.