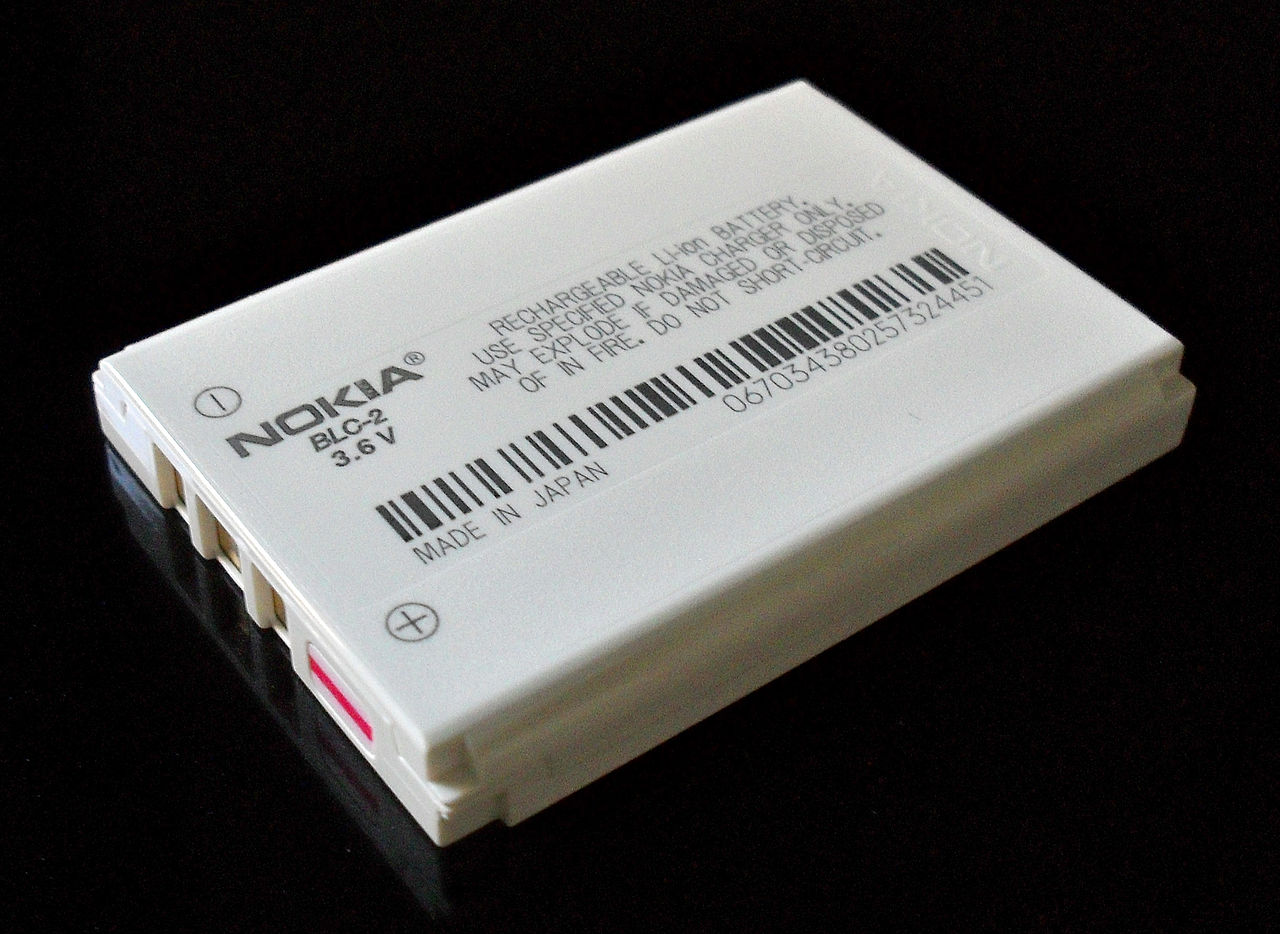 Does Bihar’s COVID-19 Data Seem Too Good To Be True?

Of all the metals in the universe, lithium is the oldest.

In fact, all the lithium we use today was produced in the initial few seconds of the universe.

However, lithium has the chemical vigour of eternal youth. It is extremely reactive and readily jumps into any reaction by donating an electron. It cleaves oxygen from a water molecule and leaves behind the explosively reactive hydrogen. No surface on Earth is safe for or from lithium.

With only three protons and three neutrons, lithium also has the smallest atom among metals. This is particularly useful for batteries, allowing a charged lithium ion to move in and out of other materials without causing a wrinkle.

Taken together, lithium packs a punch.

While every kilogram of a lead-acid battery generates 40 Wh (i.e. 40 W for 1 hr), lithium batteries can generate up to 150 Wh. They can be charged and discharged up to two-thousand times without significant differences in performance. To compare, lead-acid batteries lose steam after a thousand cycles. If you have used a laptop, you will know you can drain up to 80% of the lithium battery’s charge before you need to recharge it. With a lead-acid battery, the strain will begin to show around the 50% mark itself.

This combination of high energy density per kilogram, longer lifetime, greater stability and higher current density has rendered lithium-ion batteries the dominant energy storage technology on the planet. As such, they are used to power most portable electronic devices, including smartphones and laptops, and electric vehicles.

However, these batteries continue to be expensive. According to one set of estimates, they cost around $150-300 per kWh today, versus $65 per kWh for a lead-acid battery. But the price is expected to fall in the coming years, driven by investments from electric vehicle (EV) makers like Tesla. Some analysts have predicted the price could dip below $100 per kWh in the next three years and up to $50 per kWh by 2030.

At the same time, these batteries are also the subject of active research worldwide. Thousands of engineers and researchers are investigating and innovating every part of the battery – so much so that the lithium-ion batteries of 2030 could be drastically different from the ones today.

Much of this research is focused on improving the battery’s energy density and life cycle, using techniques from nanotechnology to artificial intelligence. Other efforts are directed at eliminating known drawbacks, especially heating and degradation of performance.

To understand these issues, it’s useful to know the difference between a cell and a battery.

A cell is the fundamental electrochemical unit in which chemical energy is converted to electric current. A battery is made of multiple cells.

Each cell has an anode, a cathode and an electrolyte, which is the substance that conducts lithium ions without reacting with them.

The typical anode in lithium-ion batteries is graphite – hexagonal layers of carbon stacked on top of each other. These layers are large enough to allow lithium ions to move in between them. The cathode is made of a compound that contains lithium (typically lithium cobalt oxide, lithium nickel manganese cobalt oxide or lithium iron phosphate – three major classes). Its composition depends on the device being powered.

When the battery discharges, a lithium atom at the anode loses an electron and becomes a positively charged ion. This ion sails through the electrolyte to the cathode. The electron exits the anode into whatever device it is powering – like your phone – and travels back into the battery at the cathode.

This process plays out in reverse when the battery is charging.

In a battery’s lifetime, lithium ions move back and forth between the anode and the cathode.

However, a cell is a complex chemical soup and there are other reactions taking place all the time. Some of them cause the electrolyte to degrade at the anode, forming an electrochemically ‘dead’ layer at the interface called the solid electrolyte interface (SEI).

“The SEI forms a protective layer that will let lithium go through but little else, preventing undesirable reactions from happening,” Marco Rodrigues, a battery scientist at the Argonne National Lab, Illinois, told The Wire Science. “But this solution ends up transforming the battery into a ‘living thing’ – as this layer is not perfect and keeps requiring maintenance as time goes by. These slow changes in the SEI are one of the main reasons why batteries lose charge over time.”

There’s no realistic way to prevent SEI formation, but improving the battery’s overall energy density can help overcome challenges related to its lifetime and performance. A common way to do this is to replace graphite with silicon. A single atom of silicon can hold four lithium atoms; this would normally need 24 carbon atoms. So batteries with silicon anodes can be smaller and lighter, and thus have 50% higher energy density and be 40% cheaper.

However, there’s a cost: during a charge-discharge cycle, silicon’s volume changes threefold. This creates tremendous internal stress and eventually pulverises the anode. So, many batteries today use a hybrid graphite anode containing up to 5% silicon.

Another solution is to use anodes made from silicon or carbon nanoparticles. Because they’re so small, nanoparticles undergo smaller volume changes and avoid stress buildup. However, some unwanted side reactions within these structures can trap some of the lithium ions, reducing the overall capacity.

Anodes made from single and multi-walled carbon nanotubes, graphene nanofoams and graphene oxides have also been shown to improve batteries’ capacity and transport properties. But these technologies are still in the early research stage.

Researchers have also been investigating the cathode, and have proposed using the oxides of vanadium and sulphur to improve the capacity, lifetime and charging time. In 2007, the Japanese carmaker Subaru introduced a battery with a nanostructured vanadium oxide cathode that could hold two- to three-times more lithium than layered lithium cobalt oxide. As a result, this battery could be charged up to 80% in only 15 minutes or so, and with twice the charge capacity.

Glasses made of the oxides of vanadium and boron have allowed for an energy density of 1,000 Wh/kg when crushed into fine powders.

Lithium-ion cells [work best from -15º to 45º C. If the ambient temperature exceeds this range, the materials in the cell break down and release gases. This reaction generates heat, which in turn triggers more reactions, eventually leading to an explosion. All batteries therefore include a computerised battery management system – a set of sensors, temperature controls, fans and voltage regulators – that optimise charging and discharging.

Some battery companies like Siemens and Ansys have focused on optimising battery management systems for a given application, using cells purchased from outside vendors. Advanced systems use machine learning and artificial intelligence to better allocate resources.

Concurrently, researchers are also investigating alternative battery chemistries, such as with sodium and potassium. Sodium and potassium are cheaper than lithium, allowing large scale implementation in agriculture and industry. However, while they’re functionally similar to lithium-ion batteries, they require the electrode and the electrolyte to be reengineered to allow for easy transport of the much larger sodium and potassium ions. This is difficult.

This said, none of these batteries are anywhere near edging out lithium-ion batteries. The reason is thermodynamic: lithium has the highest electrochemical reduction potential among the known metals.

Finally, we are also starting to learn more about the environmental impact of lithium-ion batteries. Lithium is much less hazardous than lead but we also consume more lithium. And thanks to its use in batteries, EVs alone contribute to 250,000 tonnes of unprocessed pack waste a year.

This represents a considerable environmental burden that we need to manage, especially since lithium-ion batteries are poised to dominate the emerging EVs market.

Currently, most batteries end up in landfills, where they are susceptible to fires from chemical reactions even as they also leech pollutants into the soil. Some countries have introduced regulations that require every part of battery packs to be tracked through its entire supply and consumption chain, and have instituted systems to collect and reuse old batteries. But these measures have yet to be instituted in India.

Vineeth Venugopal is a science writer by passion and a scientist who works on artificial intelligence and materials science.